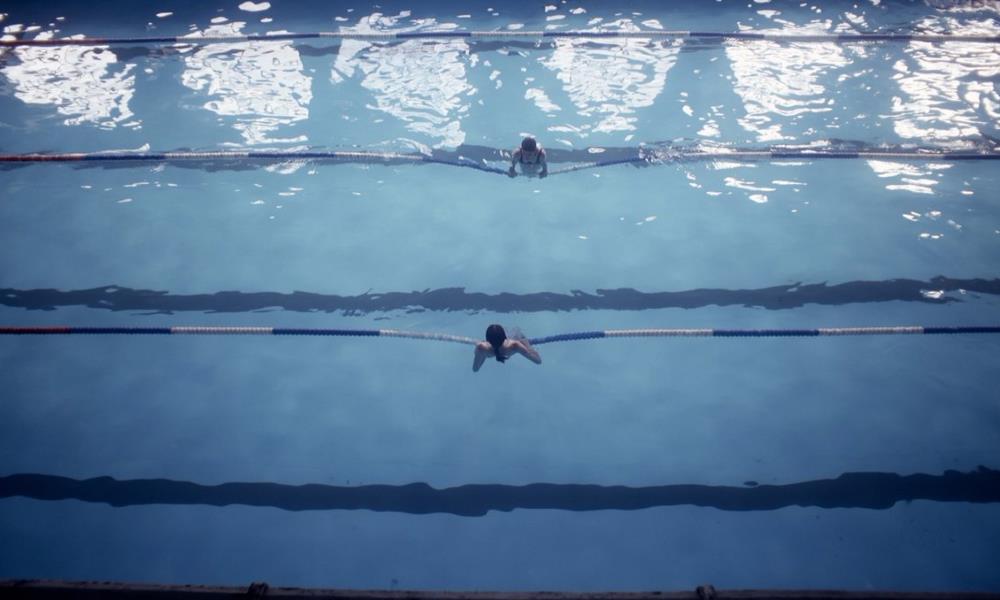 Georgian director Rati Oneli’s City of the Sun is in a constant dialogue with philosophical treatise and epic poetry, but the humanity shines through in his meditative exploration of a half-abandoned mining town. The title of City of the Sun is taken from a 1602 utopian text of the same name by Dominican philosopher Tommaso Campanella.

The word ‘utopia’ seems a far cry from the most immediate associations one might make with Chiatura, the largely deserted mining town in western Georgia that Oneli takes as his subject. Campanella’s text was inspired by the work of Plato, it is a vision of a theocratic society in which no job is reviled and work ethic is a premium virtue. Such value judgements seem a distant memory for the remaining residents that Oneli focuses on, who work tirelessly to support their families or follow their dreams in their industrial husk.

One such resident is Archil who works in the manganese mine that was once the source of the town’s prosperity. Arseni Khachaturan’s camera follows closely, emphasising the darkness and claustrophobia of these subterranean passages in stark emphases to the emptiness above ground, and the incredible mountainous backdrop. For Archil, a respite from the mine comes in the form of his vocation, as a theatre actor. At one point he calls his wife to tell her that he won’t be home that night, his work at the theatre will run almost directly from one shift below ground to the next.

Elsewhere the music teacher, Zurab, tries to balance teaching the town’s children, and guiding the musical aspirations of older residents, with the painfully slow destruction of desolate buildings in order to sell scrap metal. This, it seems, is how he can actually try to keep food on the table. Despite a distinct lack of nourishment, athletes Mariam and Irina are training for the next Olympics, often seen keeping pace, running through the ruins of this once mighty palace of commerce. It doesn’t go unnoticed that they are far more free-flowing than the clunking trains or rusting cable-cars that provide transport links from and about Chiatura. On one level, all of the moments the film presents, whether they be intimate, humorous, or stoically observational, show how there is still lifeblood in this otherwise dormant behemoth. The people of Chiatura help maintain its warmth, despite the chill that seems to blow throughout.

In various moments, Khachaturan’s camera seems to float, a spectral presence that begins to suggest an otherworldly or mythological aspect to Oneli’s investigation. The reference to famous Georgian epic poem The Knight in the Panther’s Skin, written by Shota Rustaveli, also suggests some more complex considerations. Quite notably, its gender politics are in direct contradiction of Campanella’s utopia which raises interesting questions about the role of women in Chiatura and wider Georgia. Perhaps more easily digested are parallels with the qualities of Georgians during the country’s Golden Age. Generosity and dedication were key virtues that made Georgia great in Rustaveli’s work, and in this potentially most hostile of environs, the skeleton crew in the Chiatura ghost town seem to be keeping the flame alive, against all the odds.