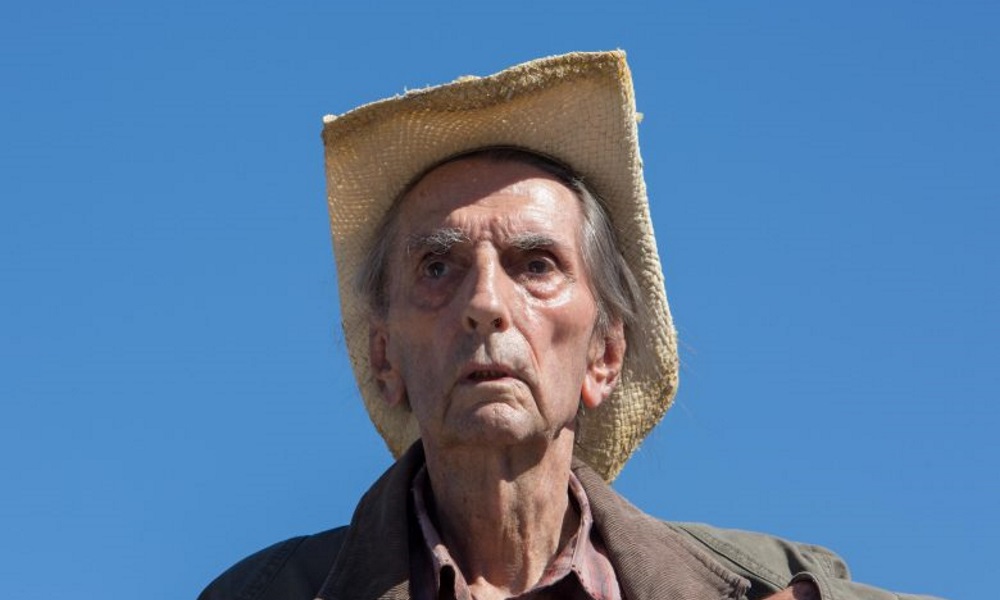 Starring Harry Dean Stanton, John Carroll Lynch’s Lucky is an ornery meditation on old age and extinction in New Mexico. Screening at this year’s Locarno International Film Festival, it doesn’t exactly rage against the dying of the light but certainly cusses and blows smoke in its face.

Harry Dean Stanton has clocked some mileage in his career, from the epic desert walk of Wim Wenders’ Paris, Texas to his ill-fated wandering around the Nostromo in Ridley Scott’s original Alien. At 91 and with a career hailing back to 1954, you’d expect him to be taking it easy. But this year has seen him in a prominent role in David Lynch’s third season of Twin Peaks and now Stanton takes on the eponymous lead role. Lucky is an old geezer, who trudges through his daily routine of cigarettes, yoga (and that’s a sight to savour), coffee and more cigarettes with a mix of growling good humour and occasional moments of philosophical lucidity and existential dread. In the small New Mexico town, he is what is popularly referred to as a character.

Lucky has his seat at the diner, where he does his crossword puzzle with the help of the waitresses and breaks the boss’s balls (Barry Shabaka Henley). He shares a friendly word for most of the locals he crosses paths with, though there is one premise he stops to shout expletives at. He seems to be a man who has pared down his life to essentials. His fridge is empty except for milk and he has his quiz shows to pass the empty afternoons with. His main fun comes with the bloody marias he imbibes at the local bar along with his good friend Howard, played by David Lynch in marvellous form. Possibly the best acting the director has ever done.

And that’s kind of it. Screenwriters Logan Sparks and Drago Sumonja avoid the melodrama of a last chance romance or an estranged family member turning up in need of a kidney or on the run from drug pushers or something. At one point, Lucky has a fall but his doctor – a comic gem of a turn by Ed Begley Jr. – is palpably amazed by his good health: “It’s a mixture of lucky genes and that you’re a tough son of a bitch”. Plotwise the biggest thing that happens is Howard’s one hundred year old pet turtle escapes. This incident is recounted in a way which is at once hilarious and then turns genuinely touching. Incidentally, the bar corals the talents of Beth Grant as the sassy tough talking bar owner; Hugo Armstrong as the bartender whose love of Deal or No Deal is met with the withering contempt it deserves and James Darren as the live in boyfriend of the owner, and who older viewers will recognise as William Shatner’s young foil Moondoggie from T.J. Hooker.

There are moments when whimsy or indulgence could take over, and could even be forgiven. But first time director Lynch (recognisable as Norm Gunderson from the original Fargo) avoids sentimentality. Lucky knows he hasn’t got too many Christmases left. As a confirmed atheist – “Realism is a thing,” he declares – he honestly confronts the void before him, refusing to downplay the terror he feels. From the soundtrack to Lucky’s extolling of a Liberace performance to the brief one scene cameo by former Nostromo crew member Tom Skerritt, there are moments here to treasure. But the film is rooted in the strolling persistent brilliance of Stanton himself. Except that he’s not strolling. He plods with a determined stoic resilience. He might not like where he’s going but he’s not going to waste time getting there.