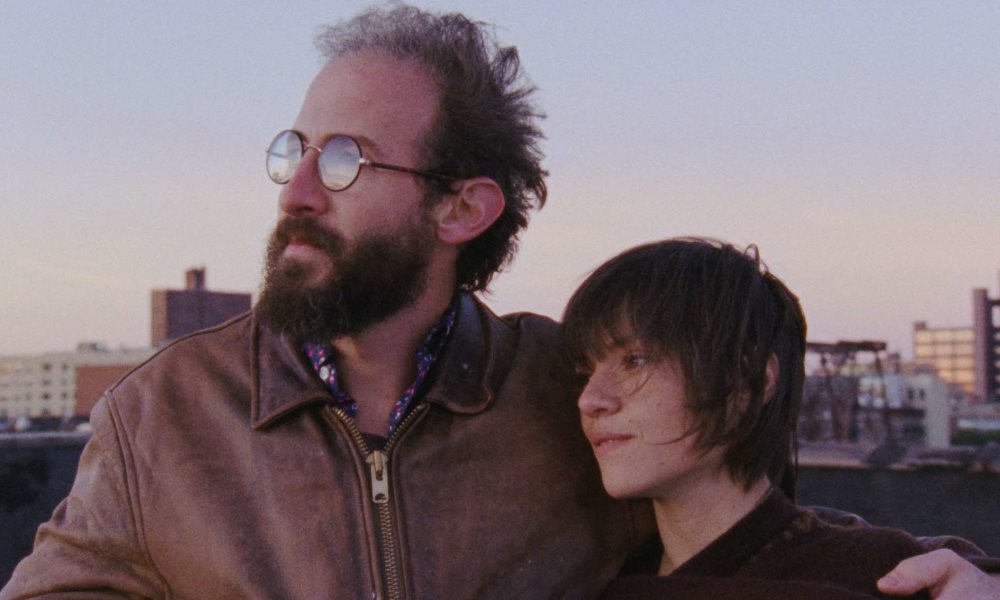 Multiple New York stories interlace in Salt Lake City-born director Dustin Guy Defa’s Locarno 2017 select Person to Person, an ensemble piece which hails back to early John Sayles and Jim Jarmusch for inspiration but doesn’t quite live up to its heavyweight influences.

Bene (Bene Coopersmith) gets a call about a rare Charlie Parker record; Wendy (Tavi Gevinson) and Melanie (Olivia Luccardi) decide to ditch high school; and Claire (Abbi Jacobson) has her first day of an internship working on a newspaper with Phil (Michael Cera), her new socially inept boss. They’re covering a story of a suicide which might be a murder which involves a broken watch that PT Anderson-regular Philip Baker Hall is fixing in his clock repair shop.

The stories sprout subplots with Bene’s friend Ray (George Sample III), sleeping on his couch following a break up with his girlfriend and Wendy and Melanie meeting up with Wendy’s boyfriend and his best friend. Everyone speaks in idiosyncratic ways and Wendy in-particular favours an awkward wordiness which isn’t quite as clever or endearing as it is supposed to be. Everything is consciously low key and undramatic – romantic clinches are embarrassingly interrupted and the bicycle chase between Bene and the scam artist who tried to con him with a fake record won’t be knocking The French Connection off any lists of New York chases. The drama is rooted in the people and so a lot is riding on how interesting these people are and the answer is only intermittently there. Bene and his constant questioning about a new shirt he’s bought and whether it suits him – it doesn’t, but leave that – or Wendy’s teenage angst are all taken as more interesting than they really are.

There’s no doubting the affection that Defa has for his characters and there’s also a refreshing warmth among these New Yorkers. Bene tells his best friend Ray that he loves him as he cajoles him out of the house but the suicide/murder plot is just a little silly and you could say that Michael Cera is wasted, if it wasn’t for the fact he’s Michael Cera. His quirky dweeb routine is getting old, even though his being the bass player of a heavy metal band called Cock Killer makes for the best joke in the piece. There’s something old fashioned about the ensemble low budget approach. But Person to Person feels like one of those vintage shops, not without charm but ultimately nothing new.