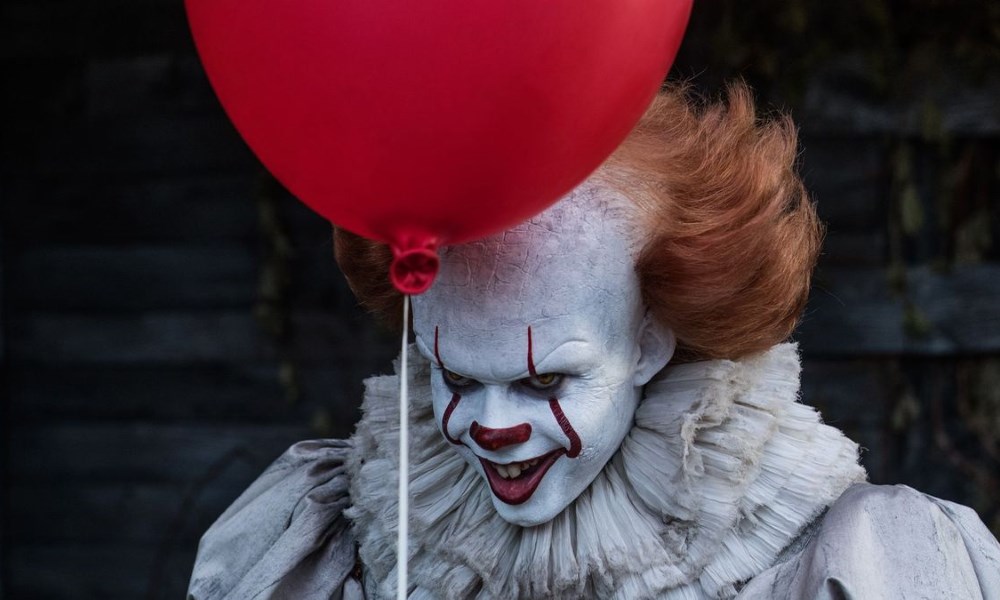 Argentinian director Andres Muschietti – the man behind the functional, passable Mama – takes the reigns on this new adaptation of Stephen King’s cult novel It, a horror about a clown who terrorises the young population of a small fictional town in Maine.

In the middle of a downpour, Bill (Jaeden Lieberher) let’s his brother out his sight, only for him to be lured into a storm drain by Pennywise (Bill Skarsgård), an evil, shape-shifting clown. Years later, with more children missing from the quaint town, Bill and his friends – Richie (Finn Wolfhard), Eddie (Jack Dylan Grazer), Stanley (Wyatt Oleff) and Beverly (Sophia Lillis) – are one-by-one visited by this evil presence, manipulating itself into all manner of nightmares, from disturbing paintings come to life to an almost real version of Bill’s little brother, whom he feels responsible for. When this becomes too much for the group they separate, only to come back together with the determination to beat this child-abducting spirit for good.

Set at a time when Gremlins is still in cinemas and long before mobiles, when kids found mischief outside, It taps into the same kind of nostalgia vibe that Netflix series Stranger Things and various other films have done so successfully in recent years. Muschietti has an eye for what works aesthetically, utilising a cinematographer who nails a look that’s dreamy and yet realistic at the same time. There are some astonishing shots throughout the film, not least the first time Pennywise is introduced, setting him up as the foreboding presence he is.

Yet, as scary as Pennywise is, as a figurehead for fear and evil (the fact that he’s a clown, which sets up for a few neat moments of trickery and played so darn fiendishly by Skarsgård) the scares themselves aren’t that original. Instead, most of them devolve from the same jump techniques that reside in most horror films these days. The real wonder of the film is its kids, and the cast that imbues them all. ‘Coming-of-age’ is a term that’s thrown around a lot when addressing teen cinema, but it means something here. These young adults are forced to grow up quick and deal with not only a terrorising clown, but also real dark issues such as death, guilt, loss, grief and abuse.

For a cast of young actors, the ensemble handle themselves with skill. Each member of the ‘Loser’s Club’, which adds new members throughout the film, has their moment, and each actor delivers the goods. The fact that this is only half of King’s 1,000-plus page novel (the latter half sees the kids come back as adults, some 27 years later) seems a shame as it’s unlikely the cast will remain the same. While It itself may not be as scary as some would have hoped (and that’s not to say there isn’t the odd fright that hits the high notes), the ingredients of a quality film are all here. It just could have done with being a bit shorter and a bit snappier.