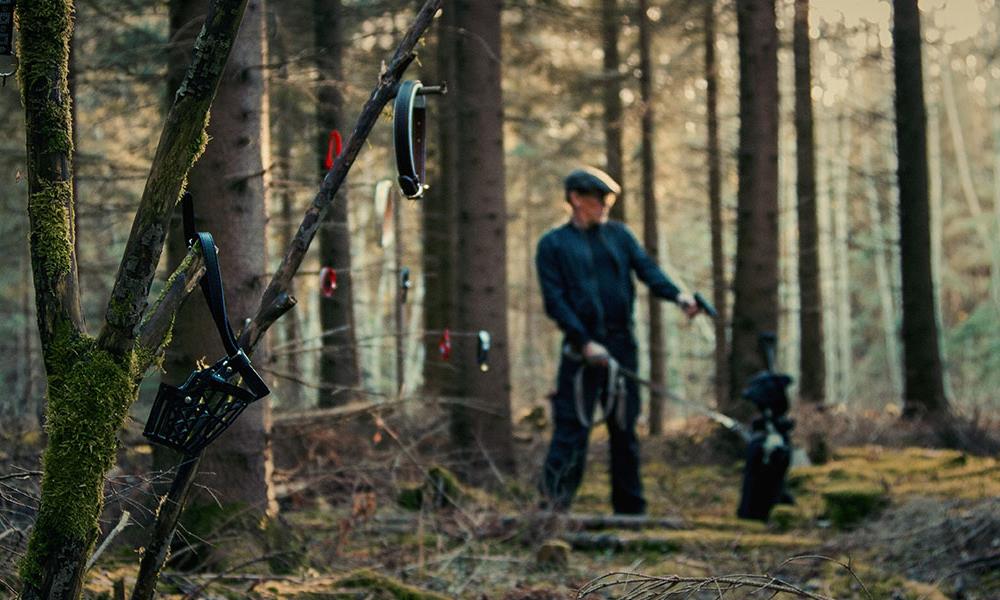 As a sideline to his day job, motorbike mechanic Veijo (Matti Onnismaa) puts sick animals down on the cheap, chastising the owners for their indifference to their pain. Teemu Nikki’s Euthanizer reveals itself to be an affecting examination of cruelty.

In the film’s opening scene, a young woman brings her old, anaemic cat to be put to sleep. Veijo bluntly explains that the larger animals get shot and the smaller ones get the gas – a Jerry-rigged exhaust pipe into a cage. The cat will get the gas. Asking if the poor beast will suffer, Veijo details the cat’s confinement as a pet and its prolonged wasting illness – “and you ask if she will suffer”. Viejo is a man brimming with bitterness, disgusted with people’s ill treatment of their supposedly beloved pets. The locals make fun of him as a “critter lover”, but Veijo’s anger goes much deeper than animal activism.

When Petri (Jari Virman), a pitiful wannabe Neo Nazi brings his perfectly healthy dog to be put down, rather than pay the bill for spaying her, Veijo’s tough exterior cracks and he takes her in, but not before giving Petri his customary lesson in cruelty and responsibility. Meanwhile, nurse Lotta (Hannamaija Nikander) tends to Veijo’s semi-catatonic father in hospital, who Veijo mirthlessly visits every week. A suitably deranged romance develops between him and Lotta, who has taken a preternatural interest in Veijo’s business, and it becomes clear that his mission is more than just about animal cruelty. Travis Bickle looms large in Veijo’s obsession with retribution, fuelled by his father’s past misdeeds. Euthanizer’s exploitation aesthetic serves its themes well, particularly in Lotta and Veijo’s sweetly unhinged relationship.

Veijo’s journey is inevitably going to end in a confrontation with the boneheaded right-wing thugs calling themselves “The Soldiers of Finland”, their toxic brand of masculinity vital to understanding Veijo’s own twisted moral compass. Veijo’s sense of morality as a balancing of suffering is initially appealing – watching retribution meted out to the jackasses who confine dogs in tiny cages is undoubtedly cathartic, but Veijo’s increasingly extreme behaviour puts the lie to his model of ethics. Nevertheless it’s difficult not to root for the guy when he goes full Bickle on the lowlifes who tortured his dog, though a coda that hints at Veijo’s redemption feels like a small betrayal of its sense of personal nihilism.