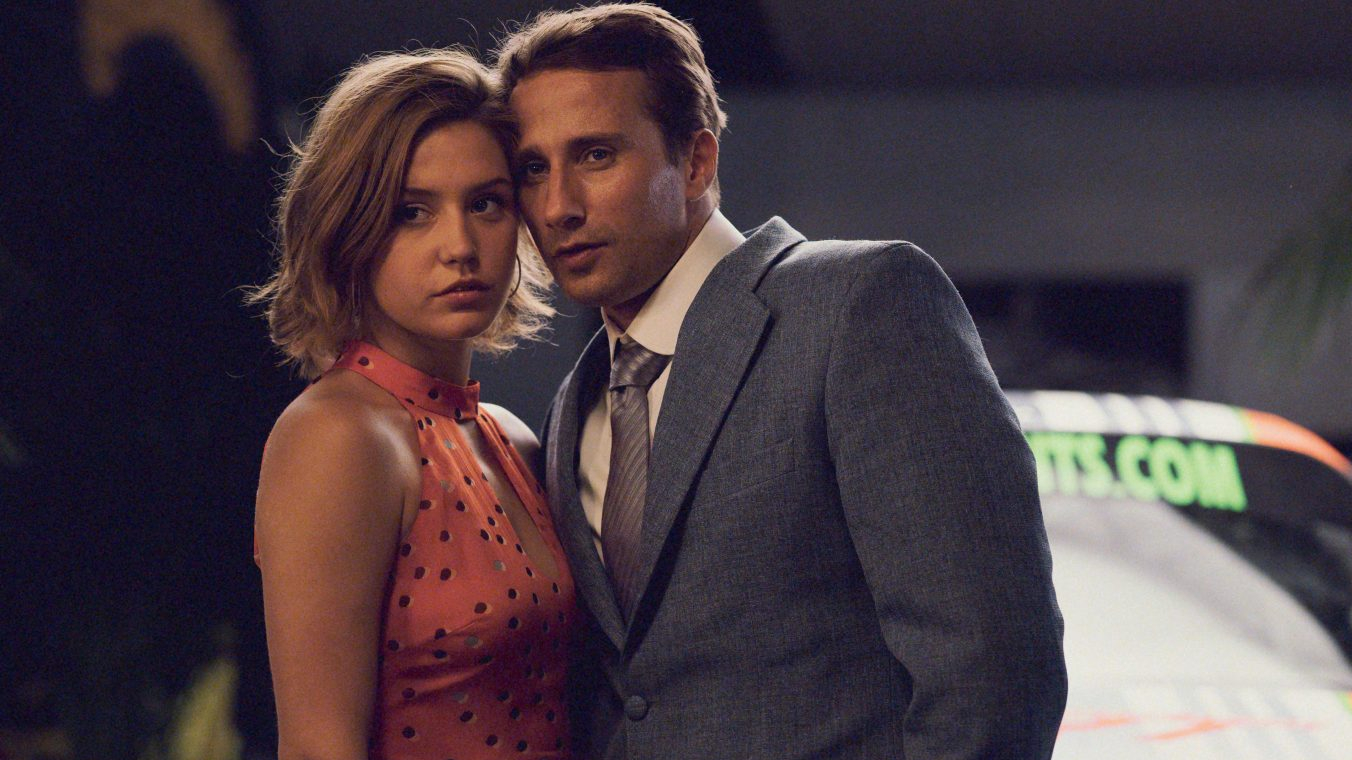 Racer Bibi (Adèle Exarchopoulos) gets her adrenaline kicks on the track, but Jailbird Gigi (Matthias Schoenaerts) takes his rush from pulling bank jobs with his friends. When the two fall in love, Gigi must decide whether to confess what he does, or give it up altogether.

Where most crime thrillers often relegate the romance to a subplot, usually distracting the male protagonist from his criminal activities, Michaël R. Roskam’s Racer and the Jailbird differs by inverting that dynamic, placing Gigi and Bibi’s relationship front and centre. Gigi first meets Bibi on the track, Gigi having an instant attraction to her as she finishes her race. Approaching her, the pair hit it off and before you can say start your engines they’re an item.

The pair have an easy chemistry, and their charisma and good looks make their mutual attraction an easy sell. But when we’re supposed to buy that they’re deeply in love with each other, suspension of disbelief begins to sag. Part of the problem is that the film wants to be a romance, a heist flick, a jail movie, and a melodrama; in spending too much time spinning multiple generic threads, it forgets to weave a cohesive story.

That’s not to say those threads aren’t individually compelling. Exarchopoulos and Schoenaerts’ chemistry sells their continued attraction to each other, and the mid-film heist – a sequence involving a motorway blockade – is brief but well-staged, recalling the opening scene in Heat. Similarly, the driving sequences on and off the racecourse are simply but effectively shot.

The film is divided into three sections – titled “Gigi”, “Bibi’, and “No Flowers”, the latter referring to a recurring in-joke between the pair. But despite the overt structuring between the characters, all three segments feel like there is too much of the Jailbird and not enough of the Racer. Even Bibi’s segment frames her in relation to Gigi after he is sent to prison, and we don’t see anywhere near enough of her racing career. When she quits to have a baby, the change it makes to her life is barely noticeable. Indeed, the film misses a trick in not making more in the juxtaposition between Gigi and Bibi’s respective thrill-seeking.

Elsewhere, the first act sets up a conflict between Bibi and Gigi’s gangster friends, who describes as his family, only to write them out after they’re sent down without a single further mention. It’s symptomatic of the film’s broader structural and thematic problems, pulling itself in too many directions without a clear narrative through-line. As a result, Racer and the Jailbird is a stylish, often promising film, but sadly one that never coheres into genuine drama.