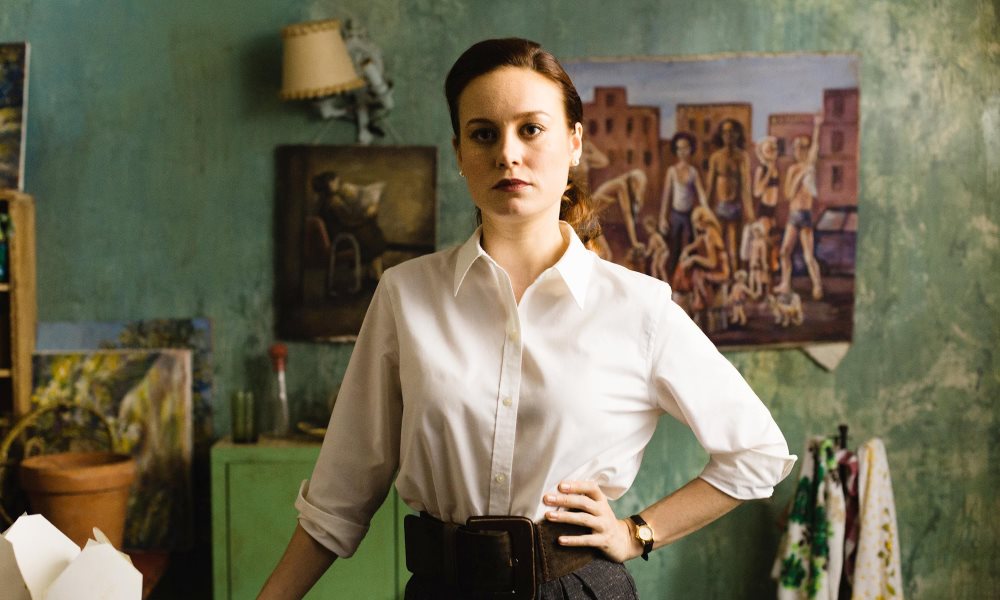 The film’s title comes from a promise made by Jeannette’s father Rex Walls (played intimidatingly by Woody Harrelson) throughout her childhood that he will someday build the family a glass castle that they will live in. He carries the blueprints for this with him – plans for a transparent fantasy house, an ironic metaphor for a fragmented existence full of real-life darkness.

Jeannette (the younger versions played impressively by Chandler Head and Ella Livingston, and the adult one by the excellent Brie Larson) and her three siblings grow up amongst poverty and neglect, their highly irresponsible and dysfunctional parents creating chaos in their lives. The Walls family bounces from rural town to rural town, with no stable home, because alcoholic father Rex can’t hold down a job, and only cares about booze and living in the moment, and self-described artist mother Rose Mary (Naomi Watts) is absorbed in her own dream world; neither parent can prioritise any form of security for their children.

These are reckless people and their parenting almost non-existent; indeed, the Walls children act as surrogate parents to themselves. As a young child, Jeannette is left alone to cook for the family, resulting in her getting serious burns over her body. In denial about his neglect, Rex tells Jeannette her scars represent the fire burning within every member of their unique family. A few years later he throws her into the deep end at a local swimming pool, says “You’re going to learn to swim today”. She can’t swim, and begins to drown; the experience traumatises her.

Much of Jeannette’s childhood shows the same recurring cycle of abuse and neglect: Jeannette and her siblings haven’t eaten in days, they’re desperately hungry, Rex spends their last money on booze for himself, and Rose Mary enables his behaviour to continue. Rinse and repeat. It’s a depressing tale, and it’s hard to find anything likeable about two people who have such a negligent and reckless approach to raising children and then justify that by claiming to be ‘free spirits’.


The story moves between the 1960s and 1970s, when Jeannette is a child, and then jumps to her life as a young adult in the 1980s. What becomes clear in the later years, is that the Walls children did eventually manage to escape the poverty cycle but their parents didn’t. Rex and Rose Mary remain as anti-capitalistic and non-conformist as always, living in squats in NYC’s Lower East Side, skip-diving and begging to survive, and this sets up a confrontation for Jeannette, who struggles to introduce her uptight banker fiancé to them, knowing they will disapprove.

We of course root for Jeannette and her siblings throughout. Their resilience and strength is admirable, and their determination and support for each other is truly remarkable. But where The Glass Castle becomes weak is that for the majority of the film it shows Rex and Rose Mary to be appalling human beings, truly neglectful parents, and then it asks us to view them with sympathy, to see them in some kind of social context where they are just beatnik hippies who tried to make the best of things.

No, these were abusive people. When Rex hears of the molestation of his young son Brian by his mother (their grandmother, played by Robin Bartlett), who also likely molested him when he was a child, he responds “Brian is a man, he can take care of himself”. When Jeannette tells Rose Mary what happened, she just keeps quiet. No matter how much the film tries to get us to sympathise with them at the end, showing Jeannette having an existential crisis about reuniting with her father when he becomes ill, it seems a weak direction for it to take, given all that we’ve seen before.

It is a bit of a cop-out by director/co-writer Cretton and writer Andrew Lanham to expect us to switch allegiances when such a negative portrayal of Rex and Rose Mary has been painted throughout, and the script perhaps lets down the source material here. But ending with archival photos and video of the real family of author Jeannette Walls was a touching tribute to her and her siblings’ endurance, and overall the powerful performances made it an emotional watch.