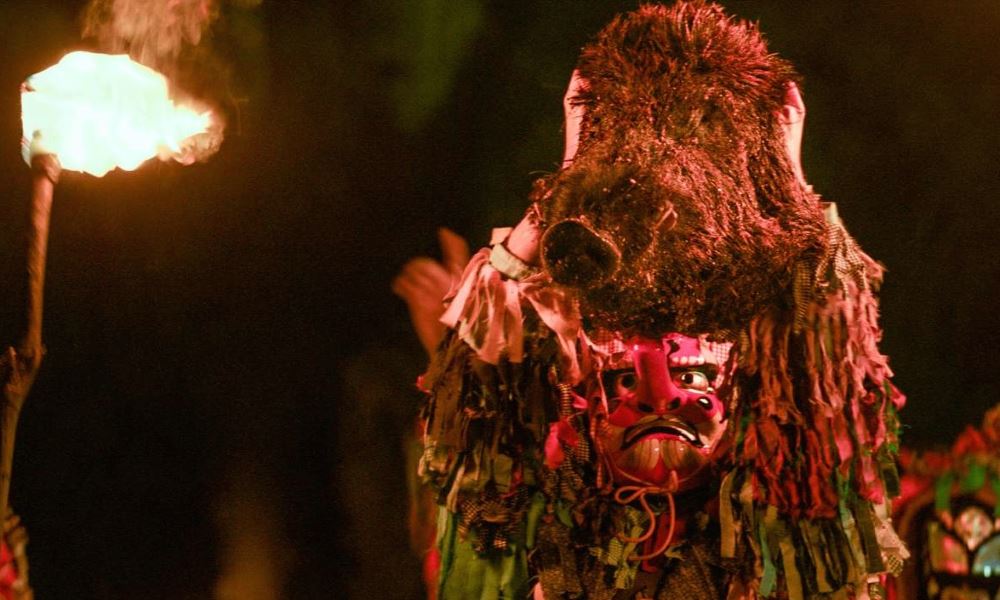 Beginning as a routine meander into the woods in search of birds, The Ornithologist becomes an unsettling and subversive pilgrimage taking in the Camino de Santiago, a variety of bizarre individuals and a mystifying destination of self-discovery and rebirth.

Combining the death of St. Anthony of Padua with the structure of Homer’s The Odyssey, it’s a film swimming in symbolism, transgressive eroticism and perplexing details that will infuriate some audiences but for others will add to its irresistible allure. When St. Anthony travelled into the forest in the hope of respite from his crippling egotism, he never returned. That Rodrigues opens the film with a St. Anthony quotation is ominous, then, for Fernando (Paul Hamy) who shares his birth name with the saint, suffers from an unnamed illness, and is kayaking into the wilderness to birdwatch.

St. Anthony spies a stork, perhaps intimating rebirth rather than death, but his fascination with the bird distracts him from some fast approaching rapids and he’s duly capsized. His subsequent wanderings have the feel of Catholic magical realism, like a European slant on Apichatpong Weerasethakul; they include a sexual encounter with a young shepherd named Jesus (Xelo Cagiao), and being drugged and kidnapped by two Chinese tourists (Han Wen and Chan Suan) who are themselves way off course en route to Santiago de Compostela.

“There are some things we shouldn’t try to understand,” Fernando explains. “They come to pass and we must believe them.” However, recognisable images and stories from St. Anthony’s life do crop up throughout these unusual meetings; to what end is not entirely clear, but deciphering their meaning is part of the pleasure. It is evident that this voyage is one that is incredibly personal to Rodrigues, who himself appears briefly in a climactic scene in which Fernando begins to physically transform into Anthony. In conflating himself with the saint he perhaps offers some insight into his intentions. His career has seen continued interest in spirituality and queer identity and here he has blasphemously merged the two and potentially given an account of his own self-discovery that is worthy of Odysseus.

The forest through which Fernando travels is expertly captured by cinematographer Rui Poças who emphasises the depths of its shimmering beauty without diminishing its power. Aside from some point-of-view shoots that mimic birds returning Fernando’s gaze and swooping overhead, the lensing is conventional but rich, enveloping character and audience in the thick foliage. It’s a leafy cocoon for a life in transition and enlightenment and rebirth on the other side for those willing to brave The Ornithologist’s captivating mysteries.