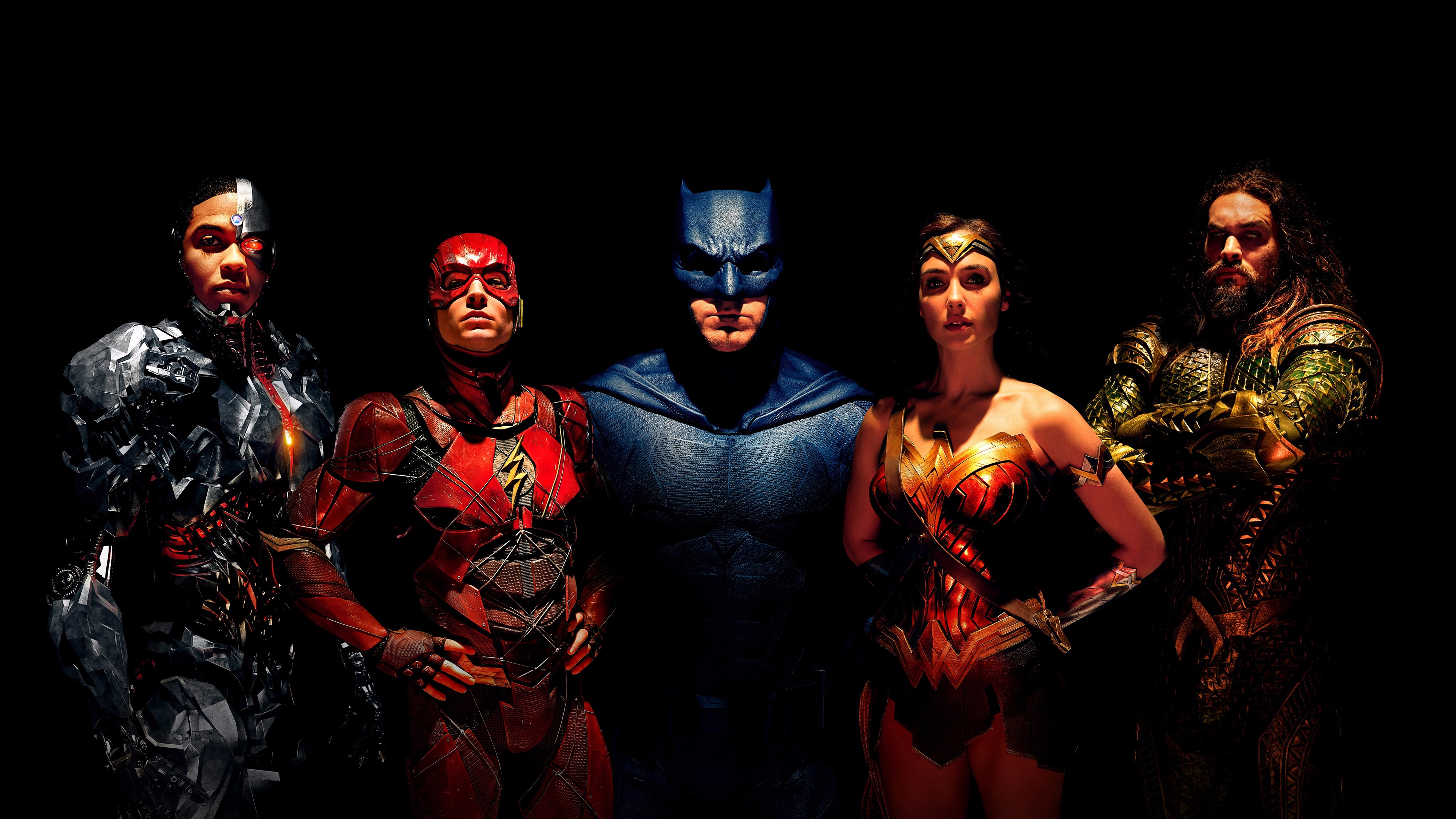 Superman (Henry Cavill) is dead. Wonder Woman (Gal Gadot) is stopping bank robberies and Batman (Ben Affleck) is chasing down weird bug-men from space. But with a new threat on the horizon, the Dark Knight and the Amazon princess must unite along with Aquaman (Jason Momoa), Cyborg (Ray Fisher) and The Flash (Ezra Miller) to save the world.

While Marvel go from strength to strength, DC has languished in the doldrums of its own gloom, though Patty Jenkins’ well-received Wonder Woman suggested that the franchise’s fortunes might have been on the turn. In many respects, Justice League is an improvement on the previous outings from the Man of Steel and the Dark Knight. Gone, mercifully, are the endless bouts of moping, portentous grandstanding and laboured quasi-religious metaphors. In their place, however, is a film designed by committee, shorn of any edge or personality that it might once have had.

Departing the film following a personal tragedy, director Zach Snyder’s personality has largely been drained from the final product, though his hyperactively juvenile aesthetics most certainly have not. While not quite as offensive as his other DC efforts, both the sound and visuals pummel the audience with unrelenting sound and fury, signifying little. Each of the heroes gets their own musical riff, including a reworked version of Danny Elfman’s Batman theme, thrown in presumably as fanboy appeasement. Not that it matters, as we’re bludgeoned with layers on layers of droning, thumping sound design that results in less a wall of sound than boulders of inchoate noise.

The visuals fare little better – the exposition scenes (which is all that the non-action bits amount to), are dully composed and boring to watch, the set pieces a morass of weightless CGI and careless editing with zero sense of space. At least the brief sections set in Gotham are pretty well realised, evidently taking their cue from the Arkham series of Batman videogames.

The story hangs together for the most part, though that may be because there is so little of it to actually fall apart. And its telling is weirdly paradoxical, too, rushing characterisation and plot points while somehow taking forever to actually get to anything of incident. Establishing shots linger, slow-mo is in full force, and everyone stops to pose heroically, but the imagery is as vapid as it is dull.

There are moments that hint at human emotion – humour, triumph, peril – but in lacking any sense of character, tension or dramatic conflict they all fall flat. The whole thing is so rote that despite the obvious comparisons to Avengers Assemble, the Marvel film it is most like is Thor: The Dark World, along with an utterly forgettable baddie. The true villain of the film, however, is the corporate nihilism that willed Justice League into existence. The thesis of Batman v Superman was unpleasant and bitter, but to paraphrase John Goodman, at least it was an ideology, dude. Where Snyder’s previous film at least tried to consider the ramifications of Gods living among us, Justice League is about nothing other than the vapid, commercial need to make a Justice League film.