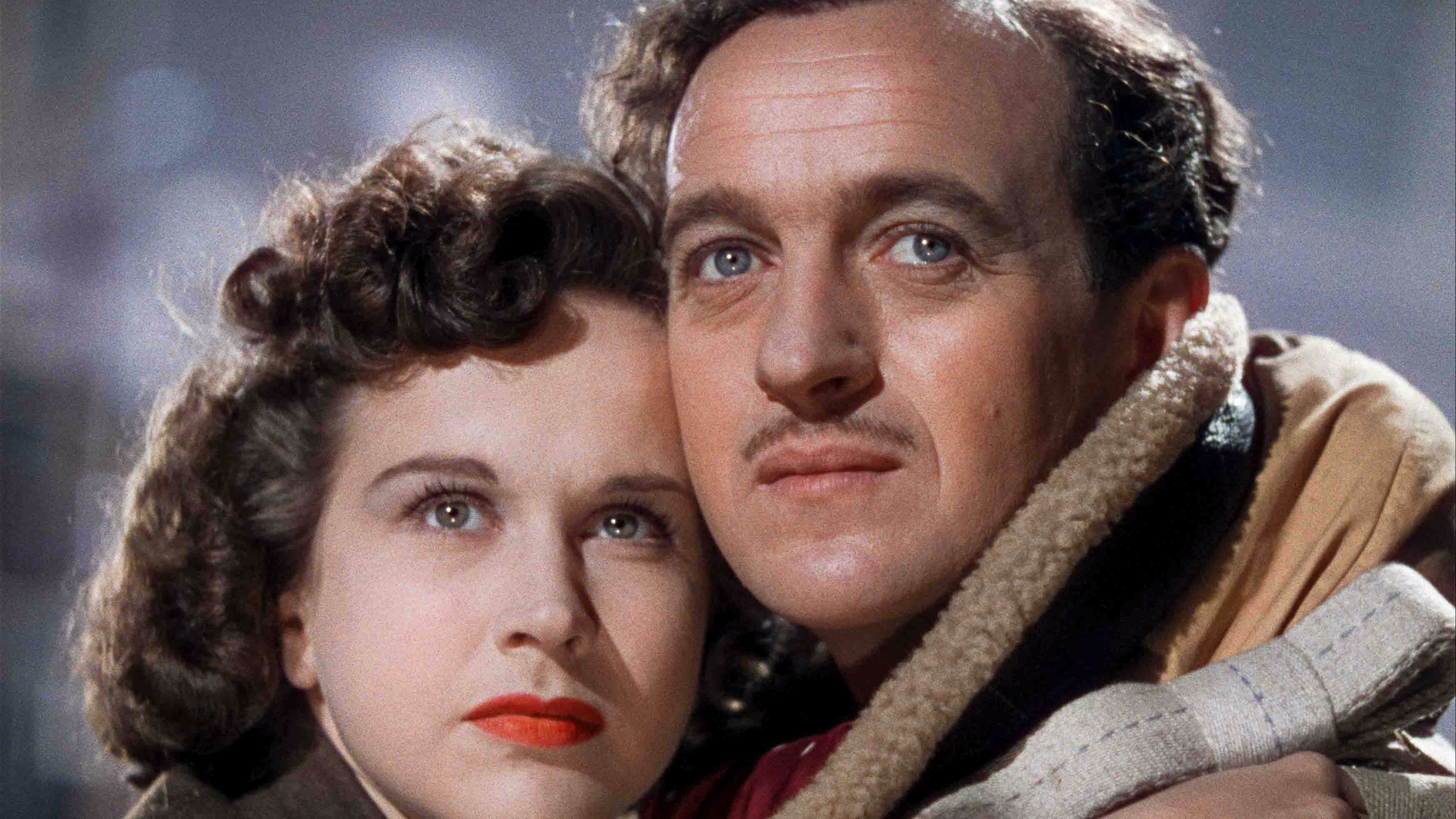 Michael Powell and Emeric Pressburger’s films defined British cinema in the 1940s and 1950s, which were both artistically and commercially successful. In 1946 and at the height of their powers, Powell and Pressburger wrote and directed A Matter of Life and Death, one of the finest British films ever made.

For strong openings, A Matter of Life and Death has surely got it pegged. In 1945, the heroic Peter’s (a never-more-dashing David Niven) fatally wounded aircraft careers homeward across the English channel, and his crew have either bailed or expired. There’s no hope for him, so he radios operator June (Kim Hunter) to pass on a heartbreaking message to his mother. But with poetry effortlessly tripping off his tongue, he tells her. “I love you June – I love life and I’m leaving you”. In the hands of any other director the whole scenario would feel hokey and inauthentic, yet among the saturated technicolour visuals there is more sincere humanity in Peter’s desperate final moments that most films can lay claim to in their totality.

So Peter bails, and we cut to the ‘other world’ – smartly never referred to as Heaven – as Peter’s late co-pilot Bob (Robert Coote) waits for him. The film’s most famous masterstroke is to depict its afterlife sections in black and white while the earthly scenes are in colour. When asked why the directors simply stated that one would expect the reverse so they were just subverting expectations. But the more compelling reason is surely that life, in its fecund, delicious immediacy should be the colourful portion of reality. The monochrome of afterlife, on the other hand, is an unfamiliar, alien world. Allan Gray’s stunning piano theme for the afterlife emphasises its cold, eery distance, working in harmony with the smooth, white surfaces of Alfred Junge’s unsurpassed modernist production design.

A Matter of Life and Death’s numerous special effects, too, are a marvel, from the stunning shot of angelic observers peering at earth, to the dissolves from our world to theirs. And when Peter awakens, miraculously unharmed on the beaches of Blighty, his expectation that he is in heaven transforms the sand flats into a surreal, otherworldly landscape.

As rich as the visuals are, however, it is the film’s emotive power that has endured with audiences. Peter survives his crash only because of a heavenly clerical error – a conceit that continues to influence contemporary depictions of the afterlife – see TV’s The Good Place, for example. It simply doesn’t get more compelling than Peter’s fight to remain alive, arguing that after falling in love with June he deserves more time on earth. That Heaven would make a clerical error (or even have need of clerks), represents the ineffably dry English humour of the era, but A Matter of Life and Death’s true power is that it taps into the delicious love of life, made all the sweeter by its transience. And the film’s sense of fairness and reason, embodied by Peter’s unflappably speaking truth to Almighty power, is a moral that we would do well to remember today.