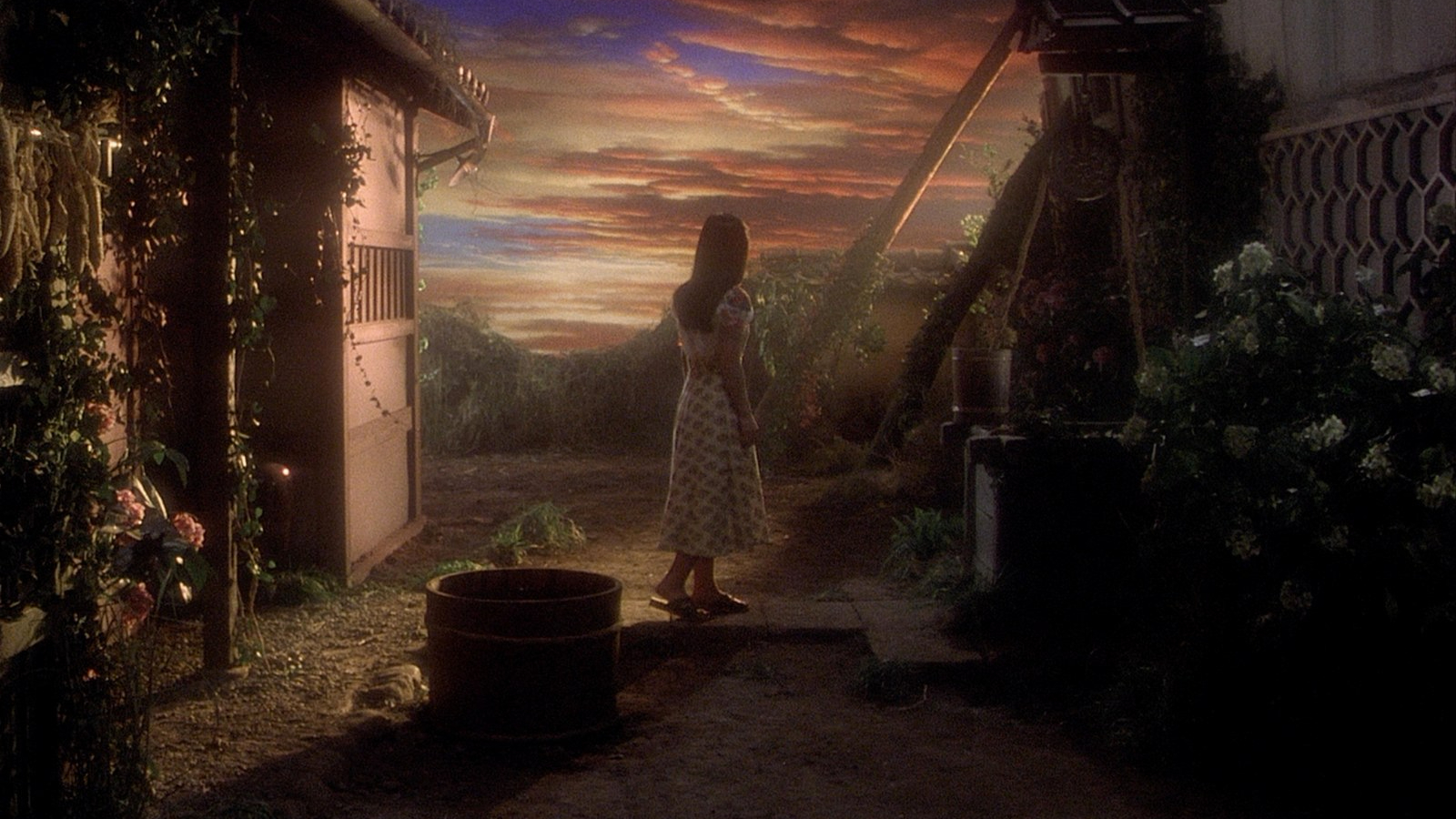 The term ‘defies criticism’ has oft been overused, but on occasion it is justified. In the case of Nobuhiko Ôbayashi’s batshit insane House, it is entirely justified. Ôbayashi’s background in directing commercials gave him an insight into arresting, pop-infused imagery, used to full and unhinged effect in his feature debut.

Western cinema has a storied history of repurposing commercial directors as visionaries – Ridley Scott, David Fincher and Zack Snyder all started out in adverts and music videos. So when famed Japanese studio Toho approached Ôbayashi to direct their next feature in the mold of Spielberg’s Jaws, they must have thought they were on to a sure thing. What the executives at Toho didn’t bank on was a psychedelic nosedive into madness – a postmodern, genre-busting exercise in delirious nonsense. Elevating silliness to the level of profundity, House doesn’t so much serve its swirling madness to you as it dunks your head into a cauldron full of it.

The plot – what little of it matters – is that the seven girls arrive on vacation at Angel’s aunt’s house. Sporting a grey bob but a strangely youthful expression, it’s pretty obvious that dear old Aunty has a vampiric agenda on her mind, consuming each of the girls in turn with the ludicrous supernatural powers of the house. Cue dancing plastic skeletons, ghostly cats, a well that transforms heads into watermelons and one very hungry piano.

Fans of The Evil Dead might initially feel at home here, but even the silly splatter of the American video nasty scene pales in comparison to the madness on offer here. Nevertheless, House’s hallucinogenic shenanigans amount to more than obnoxious boundary-breaking – Ôbayashi’s pop-commercial background serves him well here and there is an irresistible vitality to the sugary imagery. An illuminating video essay by David Cairns – included on the Masters of Cinema release of the film – offers a guiding light through House’s labyrinthine passages, and Cairns’ description of the film as ‘accidentally postmodern’ is spot on.

What’s not accidental is the total disregard for generic distinction – horror, psychedelia, comedy and erotica are chucked with abandon into the mix, the spirits of Ôbayashi’s imagination refusing to be contained by anything as vulgar as genre or good taste. Indeed, the images threaten to break the bounds of celluloid itself, with rotoscoped ghosts overlaid on scrappy blue-screen compositing and animation. While reality remains relatively coherent in the film’s early scenes, its filmic breakdown is foreshadowed in a flashback conceptualised as a literal strip of film. House is an exhausting, baffling trip into postmodern nonsense, but as an irreverent balancing out of the stately mastery of Ozu and Kurosawa, it is essential.