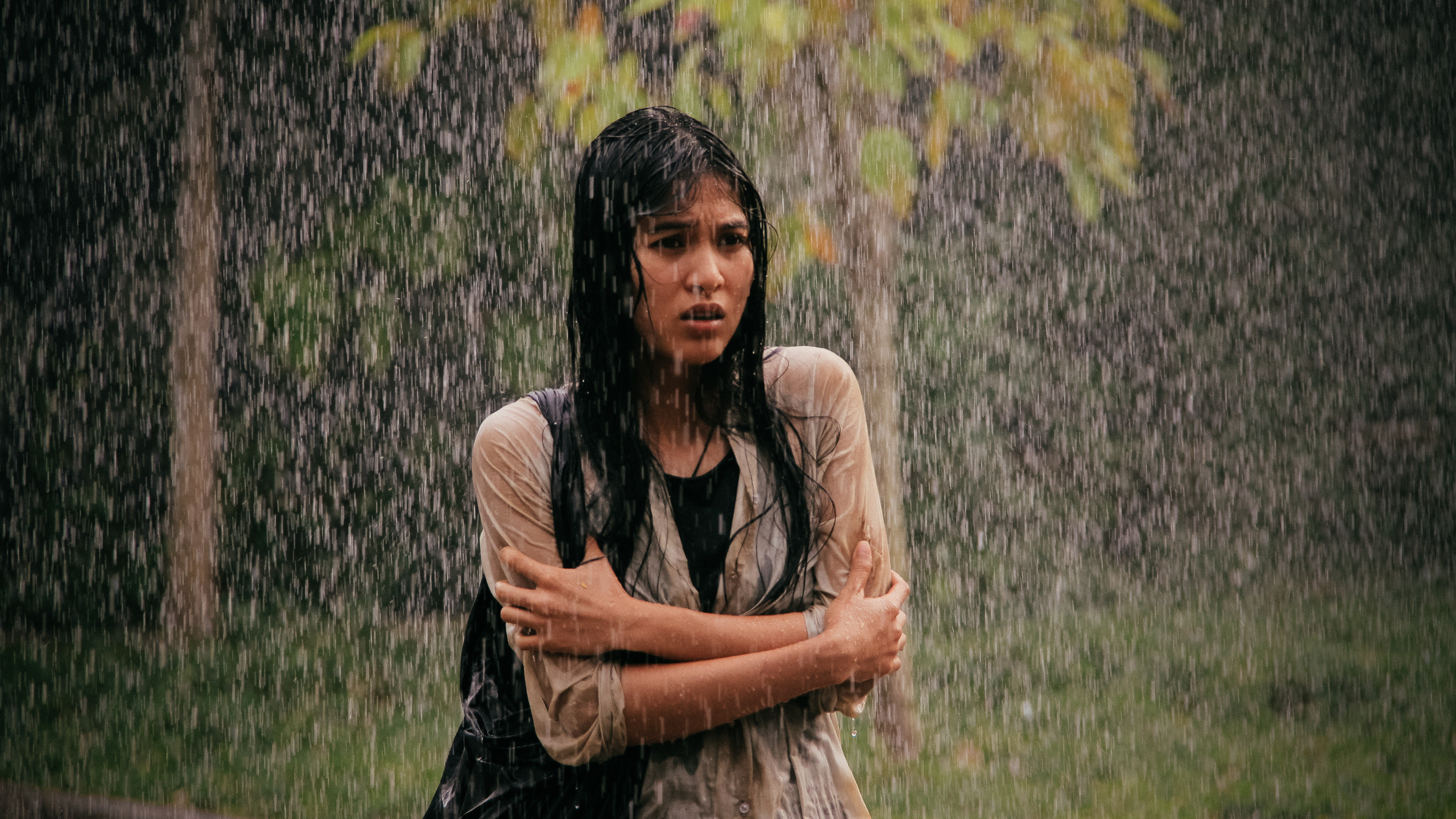 In the midst of the First Indochina War in Vietnam, a young woman, Linh (Kate Nhung), arrives at a French colonial rubber plantation in search of work. The plantation owner, Captain Sebastien Laurent (Jean Michel Richaud) seems kindly, but it’s not long before the supernatural secrets of the plantation begin to manifest.

On its domestic release in 2016, The Housemaid became the third-highest grossing horror film in ever in Vietnam. With a solid haunted-house premise and a period setting full of allegorical potential, it’s little wonder that director Derek Nguyen’s feature debut did so well in its home territory. It’s a shame to report, then, that the actual film fails to transcend its tried and tested horror roots with a derivative effort that is short both on scares and drama.

The Housemaid certainly doesn’t drag its feet in the horror stakes, at least. The opening minutes treat us to a flash-forward that informs us that Sebastien is destined to meet a bloody fate, while screeching ghosts lunge through the darkened mirrors of his mansion. The female apparitions are very reminiscent of the spectre in The Woman in Black, but where that film masterfully tightened the screws towards well-tuned jump scares, The Housemaid squanders any tension by letting the ghosts out of the box from the get-go.

Thankfully, the story fares slightly better, with the old plantation proving fertile ground for the ghosts of colonial exploitation to fester. Nhung is a sufficiently compelling screen presence, nonplussed by stern housekeeper Mrs. Han (Kim Xuan), while the cook-cum-witch in residence performs rites to keep the ghouls at bay. It’s just a shame that the kitsch moments of heightened reality are too often sidelined for rote melodrama more befitting a soap opera than a haunted house movie. The drama is at its most inert, with the affair between Linh and Sebastien, which though intended as a dramatic lynchpin for the exploitation theme, merely distracts from the film’s fitfully-entertaining scares.

The backstory with Sebastien’s first wife provides some much-needed supernatural texture, and a late-stage set piece involving a ghost-driven car is good entertainment value, but moments like this are few and far between. The best ghost stories – The Others, The Woman in Black, The Haunting – start from a single moment of trauma and proceed accordingly. The Housemaid, in never focussing on the singular cause of its ghostly disturbances, suffers from a crisis of identity where it tries to be a horror film, a soap opera and a period drama all at once. Sadly, it succeeds at being none of the above.