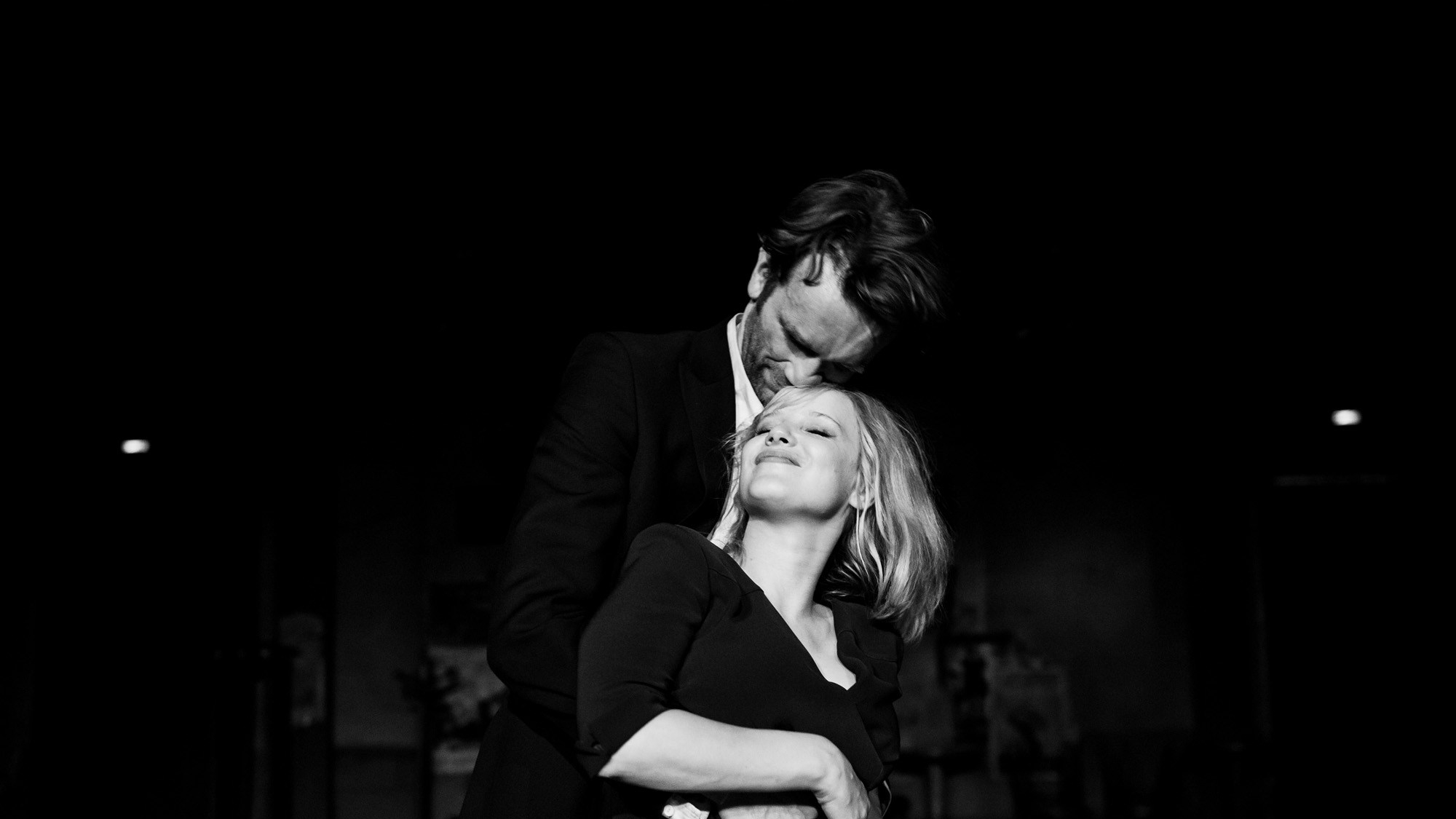 Less is most definitely more in Cold War. Using the same academy ratio and frosty black and white from the Oscar-winning Ida, the Polish auteur’s new film tells the tale of a tragic romance between a musician and a singer, spanning fifteen years and the fractured continent of post-war Europe. We first see Wictor (Tomasz Kot) in the depths of a Polish winter in 1949, as he and fellow musicologist Irena (Agata Kulesza) putter around the frozen landscape in a truck, recording folk music wherever they find it.

Along with administrative bureaucrat Kaczmarek (Borys Szyc), a school is set up to harvest young talent and create an ensemble to celebrate Polish musical culture and tradition. Competition is fierce but one candidate catches Wictor’s eye, a young blonde student called Zula (Joanna Kulig). She’s ambitious and sly and it’s rumoured she killed her father: ‘He mistook me for my mother and I used a knife to show him the difference’. Wictor falls hard and, despite the dangers inherent in the situation and the fact that Zula might even be informing on him, a love affair begins.

As concerts are given and the school proves its value, so the state intervenes and folk music gives way to propaganda, with songs about the joys of agricultural reform and the wonder of Stalin. The group also tours abroad to export a vision of peasant authenticity and associated Soviet values. At this point, Wictor decides he’s had enough and plans to use a trip to Berlin to cross with Zula to freedom and the West. Zula, however, uncertain and afraid, misses her chance and Wictor crosses alone.

So their love affair becomes as fractured as Europe, but crucially their serial separations are caused as much by their own decisions as by any external political forces. Zula’s lack of courage is one such moment, but she also tells Wictor: ‘I would never have crossed without you’. Pawlikowski has structured his film in a series of economic scenes, separated by fade-to-black lacunas where years pass, unseen and mute, and opportunities are irredeemably lost. Lukasz Zal’s simply sublime cinematography now replaces the snowy tones of Poland for the cigarette-smoke greys, nightclub dark and sharp neon whites of Paris. The music also evolves from folk to propaganda and then to jazz and a quick burst of drunken rock n’ roll. Later, it will find an atrocious denouement in the kind of ‘Boom-Boody-Boom’ Eurotrash, giving the sense that the world has moved an insuperable distance from Wictor and Zula’s beginnings.

Wictor and Zula are both played with aplomb by Kot and Kulig, neither falling into the stereotypes that others would have them be. Despite his garret flat, he’s not the tortured artist and, for all the damage done, she’s no simple femme fatale. They are flawed and wilful – liable to jealousy and a free hand with the booze – but their mistakes are punished disproportionately and therefore unjustly. The borders might separate them, but they also imbue their love with a stoic tragic heroism. Pawlikowski’s Cold War is dedicated to his parents, on whose love affair it is loosely based. It is an appropriately beautiful and sympathetic tribute. This is the refined work of an artist at the peak of his powers, and, dare we say it, a masterpiece.