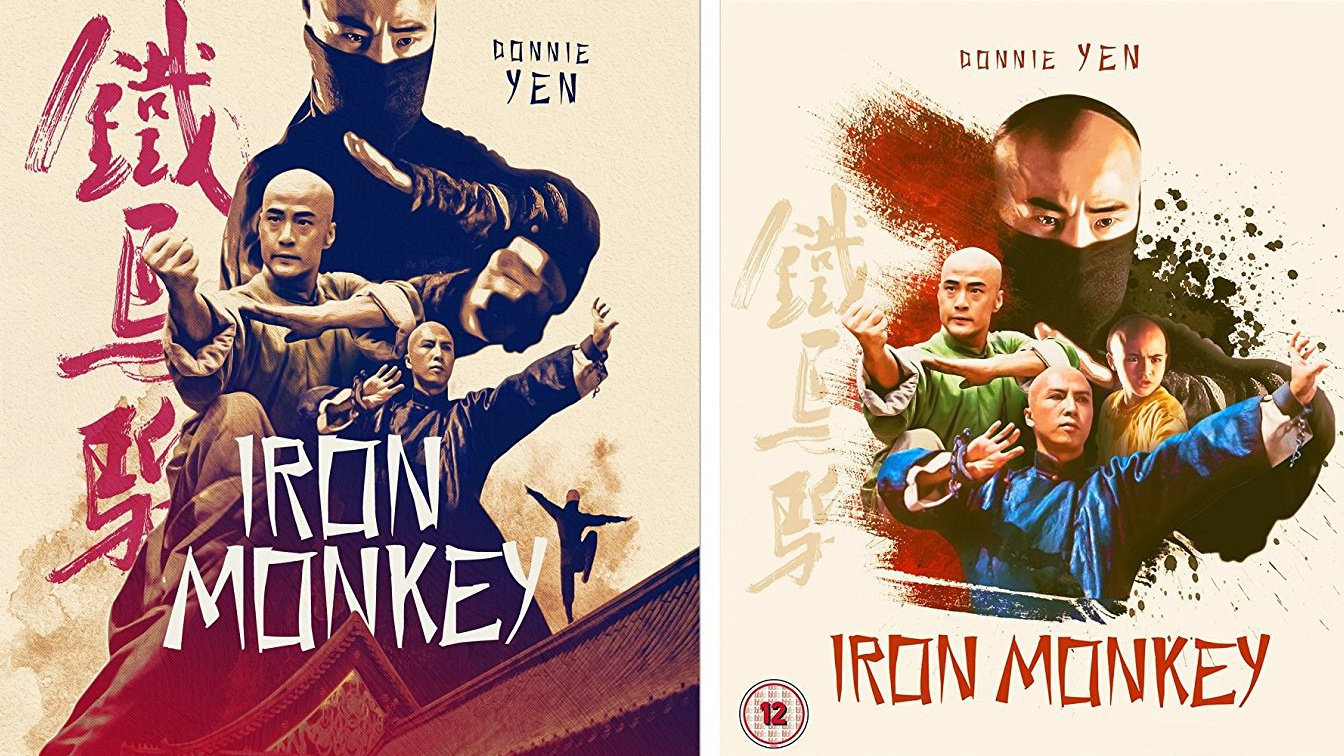 Very loosely based on the childhood of Chinese folk hero Wong Fei-Hung, Woo-Ping Yuen’s Iron Monkey is a terrifically entertaining action picture in the Hong Kong Kung Fu tradition. Woo-Ping would later go on to choreograph the fight sequences in The Matrix films, but it is here where the director is truly in his element.

Rongguang Yu plays Dr Yang, a humble medical practitioner. That is, by day – by night he is the Iron Monkey, a vigilante fighting against the minions of the corrupt local governor. When travelling Wong Fei-Hong (Sze-Man Tsang) and his father Wong Kei-Ying (the inimitably charming Donne Yen) arrive in town, they are quickly caught up in the conflict between Iron Monkey, the corrupt and cowardly Governor Cheng Pak-Fong (James Wong), and the oppressed townspeople.

After a scuffle with some local criminals, the governor’s henchmen rounds up Fei- along with a bunch of children to try to force Iron Monkey out of hiding. Noticing that Kei-Ying has comparable skills to the Iron Monkey, the governor hires him to capture the vigilante on condition he releases his son.

It’s a well-worn but effective premise – pitting two heroes against each other until they invariably team up to take down the bad guy. Yen and Yu bring charm and character to their respective roles, with a chemistry that underscores the balletic action with emotional depth. Yuen’s poppy-aesthetics fit the material perfectly: less reverent than the cinema of King Hu, more family friendly than the violence of the Shaw Brothers, Iron Monkey plays like a kinetic, live-action cartoon.

Yet that’s not to say that the action is any less satisfying than your average Way of the Dragon. The opening sequence, in which Iron Monkey attacks the Governor’s unsuspecting goons, is a riot of precisely edited choreography and exaggerated kicks, slaps and punches. And the introduction of a shamed Shaolin monk towards the end of the second act brings depth to our heroes while bringing ever more inventive action sequences. In the hands of director Yuen, the simple act of catching falling papers becomes an elaborate, physics-defying ballet.

Equally as impressive as the high-flown choreography is cinematographers Chi Wai Tam and Arthur Wong’s use of colour. Day time scenes are infused with a golden, early morning light that highlights the film’s nostalgic and mythic appeal. At night-time, the impressive set design is transformed into a graphic landscape, the black outfits of the heroes standing in relief to dusky blues and rain-lashed bamboo. Iron Monkey remains a relentlessly entertaining fairytale, with Yuen Woo-Ping’s choreography the centrepiece of an effortlessly charming production.