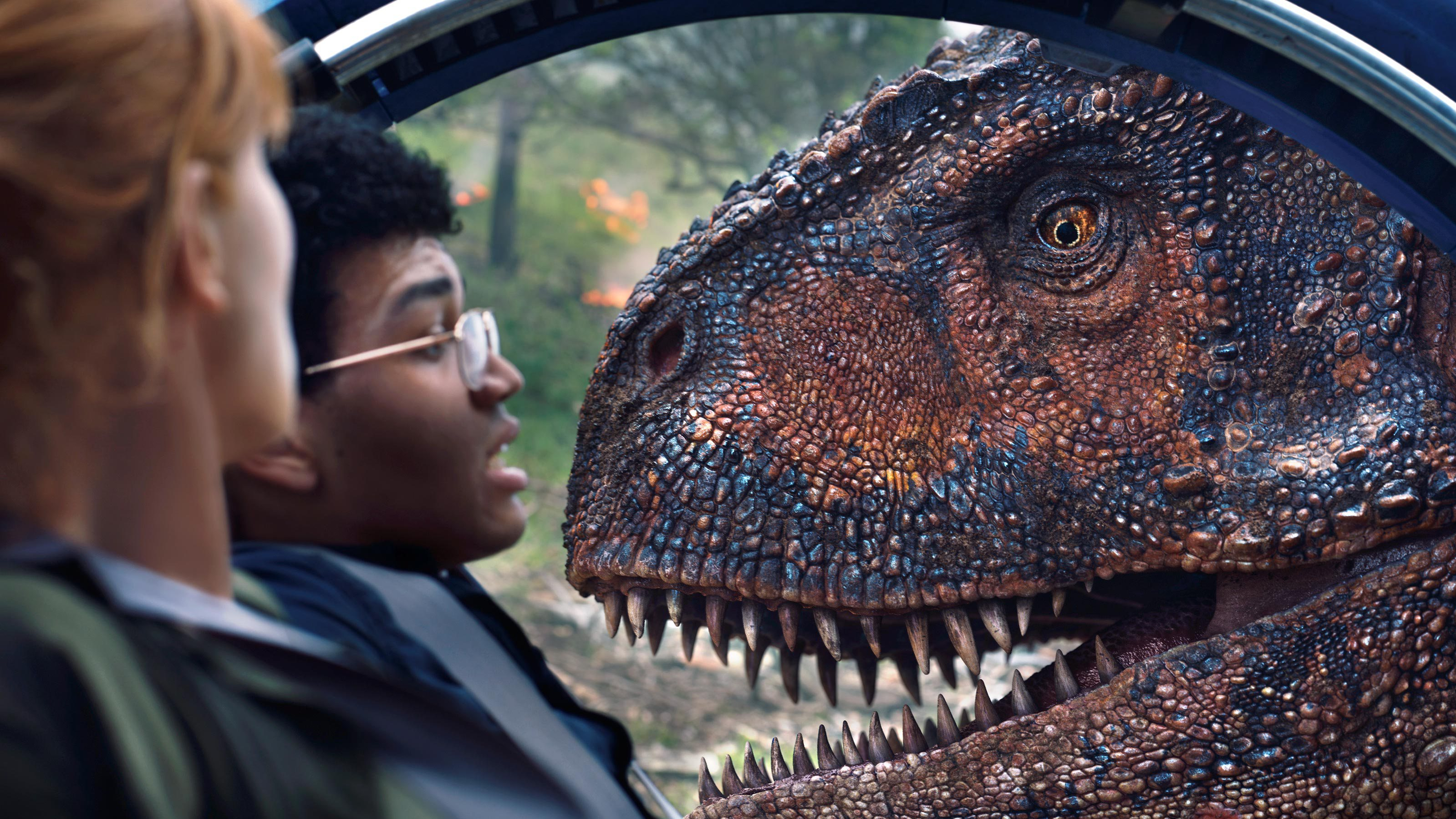 In Jurassic World: Fallen Kingdom, life may well have found a way, but the same can’t be said for decent screenwriting or even basic logic in this execrable sequel. It’s a pretty mean feat to beat even Jurassic Park III as the worst JP film to date, but even a handful of nice flourishes from director J.A. Bayona can’t rescue Colin Trevorrow and Derek Connolly’s appallingly paced, nonsensical script.

Fallen Kingdom starts out well enough, opening with a nasty little prologue involving a miniature submarine, a hungry mosasaur and a tug of war between a T-Rex and a helicopter. The Orphanage director Bayona is a far better visual storyteller than Trevorrow, bringing his horror credentials to bear in this dark, rain-soaked sequence. It’s a highly effective sequence that almost makes you forget how little logical sense the scene actually makes.

It transpires that the once-dormant island volcano of Isla Nublar is now active and about to erupt, threatening all the surviving dinosaurs. Claire (Bryce Dallas Howard), transformed from corporate megabitch to environmental campaigner, is recruited by shady businessman Eli Mills (Rafe Spall) to rescue the beasts. Sound familiar? It should do, as it’s basically a rehash of the plot of The Lost World. That sequel was once much-derided but now seems like a bona-fide masterpiece compared to this weak clone.

A major problem of Fallen Kingdom is its endless rush to get to the next plot point, sacrificing any sense of pacing or suspense along the way. The result is that none of the main players, including Owen (Chris Pratt), Claire’s assistant Franklin (Justice Smith) and “paleo-veterinarian” Zia (Daniella Pineda), never once feel like they’re in any real peril. BD Wong’s Dr Henry Wu is again criminally sidelined, Jeff Goldblum’s much-touted return is as brief as it is pointless, and the last film’s MVP – Blue the velociraptor – has been irreparably drained of any meaningful menace. A sequence involving a cliff edge and a terrifying plunge underwater echoes a similar scene in The Lost World, but without Spielberg’s mastery of timing and suspense, it just feels ridiculous.

There are some positives. The shot of a doomed brachiosaur as the group leave Isla Nublar is terribly sad, but also unnecessarily cruel. Later, a rotating camera tracking the Indoraptor – the film’s undercooked new Big Bad – as it enters a bedroom has Bayona fully engaging his skills as a horror maestro. The mean streak that ran through the last film has also been notably toned down, with little remaining of the last film’s derision of women. Nevertheless, nothing can redeem the crushing, insulting stupidity of the enterprise as a whole.

In a film about resurrected dinosaurs, suspension of disbelief is mandatory, but the script’s illogical nonsense and flat, cartoonish characters compound on each other until any audience goodwill has evaporated. Between the terror and the spectacle of the original Jurassic Park there was once awe – a fable that reflected humanity’s hubris and nature’s terrible power in the most magnificent animals to ever walk the earth. In this fifth retelling, that fable has become a tale “told by an idiot, full of sound and fury, signifying nothing”. A fallen kingdom, indeed.