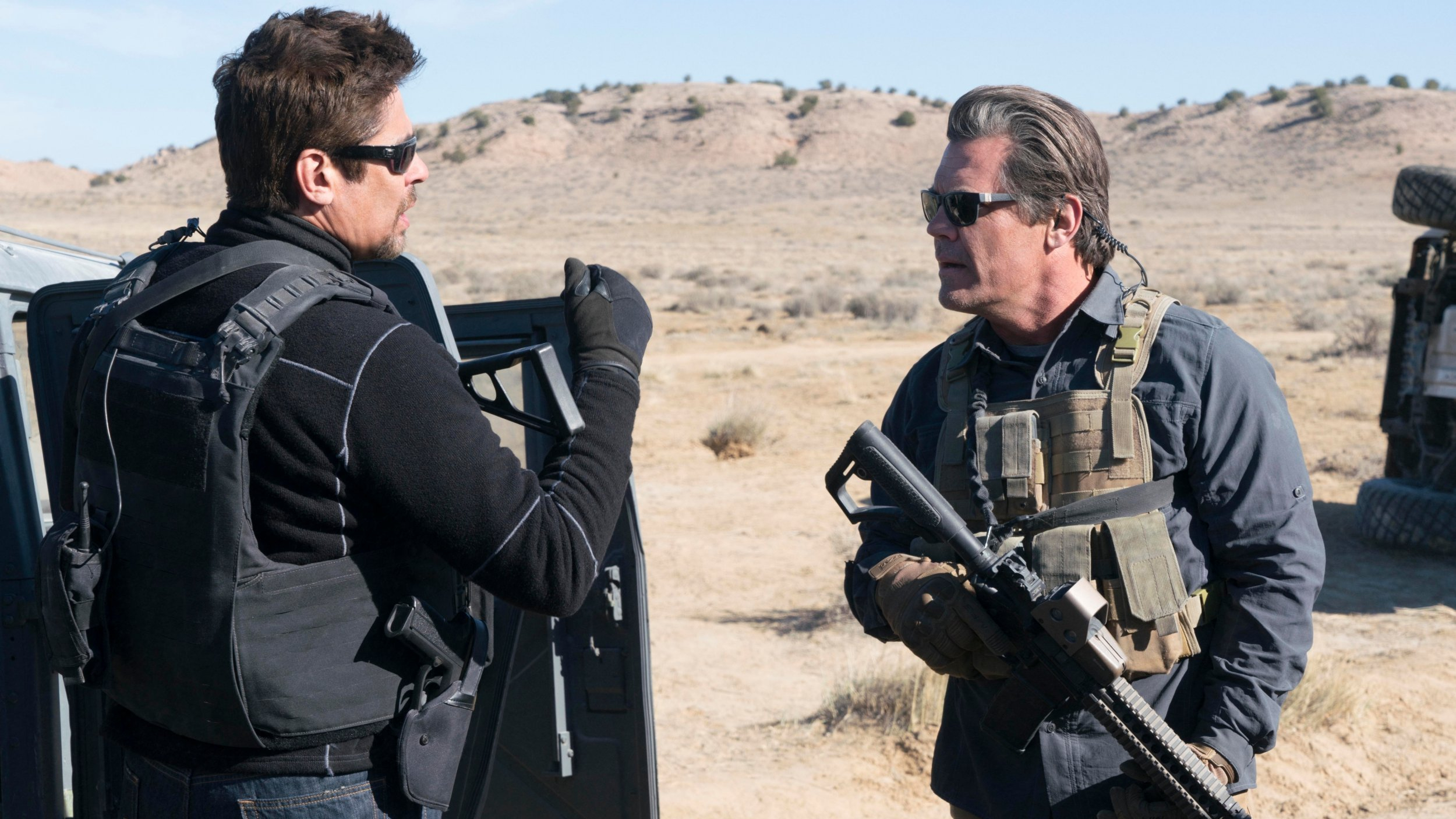 Despite its big-name cast and eventful narrative, the original film had a distinctly art-house touch to it, and never felt like it needed – or was designed to have – a sequel. The fact that Lionsgate decided to commission one anyways explains why Sicario 2, despite being well made and highly entertaining, often feels pointless.

A key reason for this is the utter implausibility of the narrative. Although Taylor Sheridan also wrote the script for the far more believable Sicario – which focuses on an undercover U.S. task force’s attempts to take down a Mexican drug cartel – Sicario 2 plunges into absurdity right from the get go. Instead of simply focusing on the cartels themselves, the film somehow ties them together with Islamic terrorism, uniting two of Trump’s biggest bugbears in a sinister, non-white “Other”.

Aside from the worrying overtones of “America First” propaganda, the premise on which this is based simply isn’t believable. Sicario 2 opens with a brutal Islamist terrorist attack in a Kansas City grocery store; it then conspires that the terrorists were smuggled into the U.S. illegally by the Mexican cartels, with one of them blowing himself up when caught at the border in one of the film’s silliest moments.

And the reaction of the American authorities is just as unrealistic. Instead of reinforcing the border or working with the Mexican government to track down those responsible, the State Department hires covert mercenaries Matt Graver (Josh Brolin) and Alejandro Gillick (Benicio Del Toro) to go and “start a war” on Mexican territory between the drug cartels, which they proceed to go by kidnapping a cartel leader’s teenage daughter (Isabela Moner) and blaming it on a rival gang.

This of course goes horribly wrong, and what’s worse is that for the rest of the film, the entire reason for the operation – the smuggled terrorists – is never mentioned again. A subplot involving a naive youngster of Mexican heritage on the Texan side of the border being recruited by the traffickers is equally forgettable, and relies on an extremely unlikely chance encounter with Gillick for its impact on the main story.

Despite all this, Sicario 2 remains highly watchable thanks to what it does preserve from the original: its mood of constant dread and impending doom. The direction is crisp and the cinematography smooth, while the score – composed this time not by Jóhann Jóhannsson, who sadly recently passed away, but by fellow Icelander Hildur Guðnadóttir – evokes the relentless energy of the first film with its guttural strings and rumbling drums. Brolin and Gillick are excellent as men forever poised on the verge of violence, which when it comes – and there’s a lot of it – is shocking, sharp and palpable.