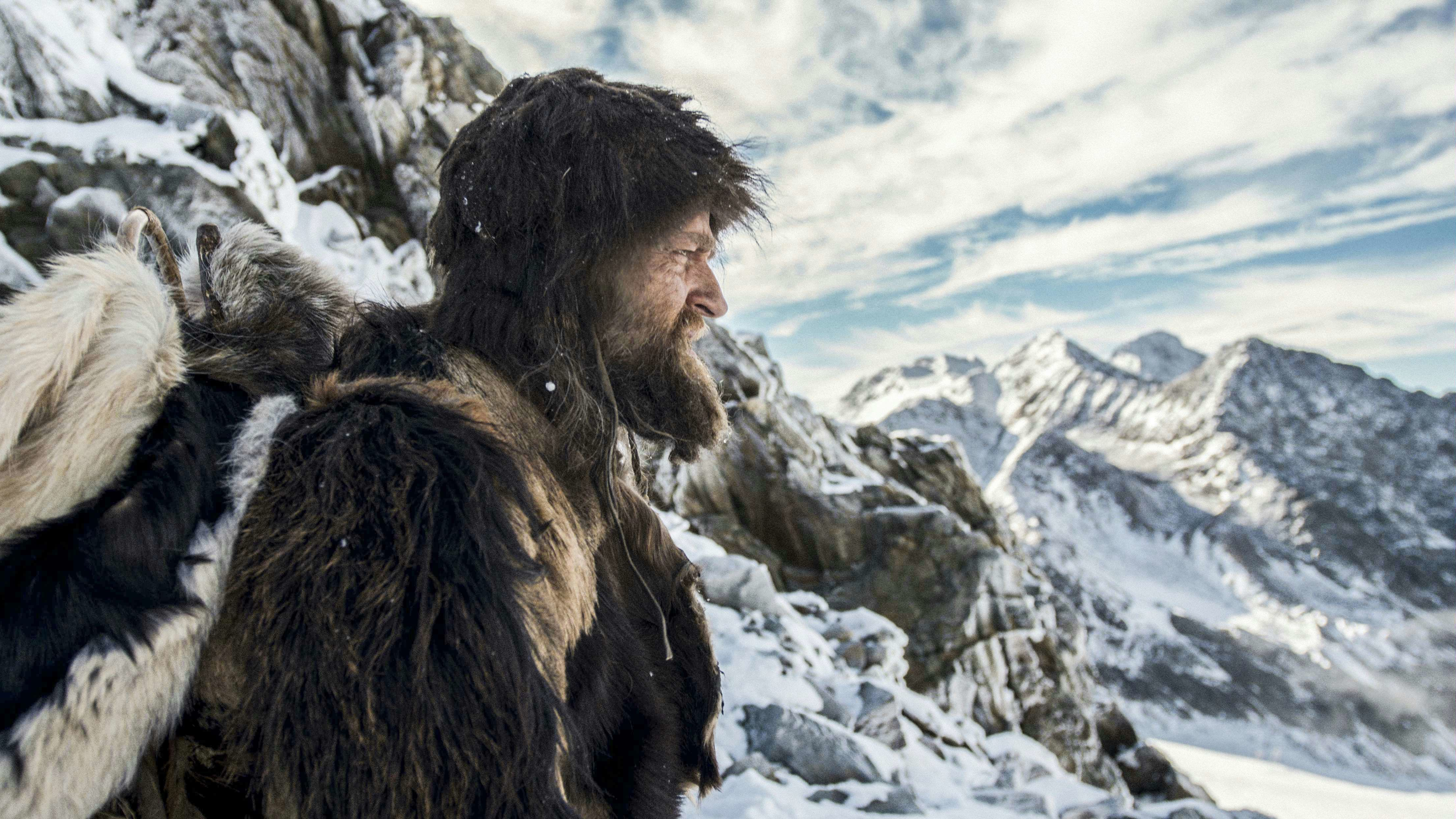 Inspired by the famous frozen Ötzal mummy discovered in 1991, Felix Randau’s third feature tells the story of the eponymous Iceman’s final days. Living in a small settlement among the Neolithic Ötzal Alps, tribal leader Kelab (Jürgen Vogel) returns home from hunting to find his family killed, dwellings burned to the ground, and a sacred talisman stolen, setting the stage for a brutal tale of vengeance.

Iceman’s most unique element is that its characters speak entirely in the extinct language of Rhaetian – believed to have been spoken in the region at the time – with no subtitles. Adopted as a challenge for pure visual storytelling as much as for historical accuracy, Randau uses dialogue sparingly, keeping focus on the physical and visceral qualities of his story. The conceit fundamentally shapes the singular nature of Iceman’s story, though as a result little room is left for character development or nuance beyond the bluntest emotions and motivations.

The discovery of “Ötzi the Iceman” in 1991 was dubbed the oldest unsolved murder mystery in history, due to an errant arrow lodged in his back. So it’s curious that Randau proffers a solution to that mystery in the first act of his film. In fact, the genre with which Iceman has most in common is not mystery, but the western. The opening raid on Kelab’s village directly homages the opening of The Searchers, effectively substituting the abducted women of that film for the stolen talisman here. The difference, perhaps, is that Iceman’s barbarity is not a trait exclusive to the raiders – indeed by the film’s close there is little discernible difference between Kelab and his enemies.

The violence on display throughout the film certainly proves compelling, though it is thematically slight. The opening raid, featuring rape and the burning alive of two children, is viscerally shocking, tempered only slightly by the briefest glimmer of remorse by one of the attackers. Yet there seems little purpose to it beyond gratuitous cruelty, with that glimmer of remorse all too quickly fading without further reflection.

There’s a potentially interesting reversal of the early raid when Kelab finally catches his tormentors at their own settlement, killing them but sparing the women and children. Iceman’s violence and viscera is satisfying in its immediacy, and Randau’s singular focus is certainly admirable. It’s just a pity that any nuance in the fine line between humanity and savagery is lost among all the hacking and slashing.