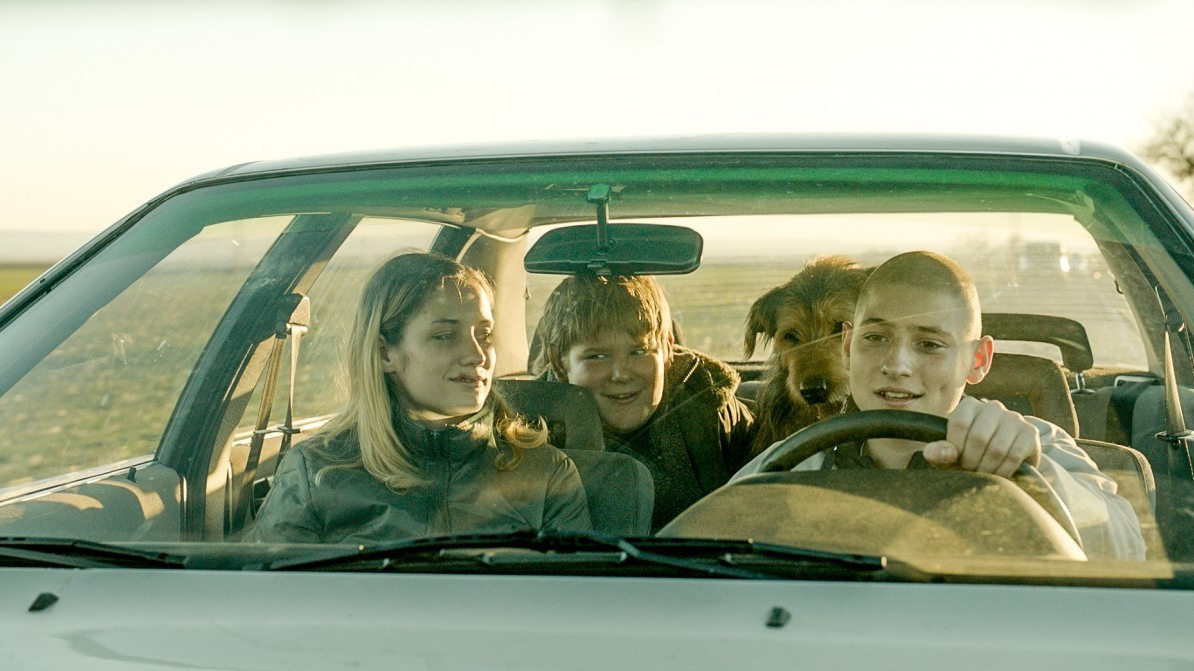 Olmo Omerzu’s follow-up to the stinging satire of 2015’s Family Film is another tale of children left to their own devices by negligent parents, but this time takes the form of an unsentimental but winning road movie caper Winter Flies. The title perhaps refers to resolute dipterans that have refused to be cowed by seasonal colder weather and are attempting to make the very best of harsh conditions.

In addition to the visual nod to the appropriately snowy environs, the metaphor relates directly to the two teenage runaways at the film’s centre, Mára (Tomáš Mrvík) and Heduš (Jan František Uher), who are striking out on their own with apparently no families to support and care for them. Much like the flies, they’re considered unwanted pests, but prove hardy and robust – perhaps even thriving – as they traverse the Czech Republic in their stolen Audi.

That hardiness is a pre-requisite for the life Omerzu’s film places before them, filled with adults devoid of compassion and empathy: a man attempts to drown his dog in a lake; they encounter a would-be rapist; two small-town cops show their true colours – one manipulative, one unfaithful. In the face of this adversity, they retreat into boyish fantasies with the tough-talking Mára spinning tales of sexual prowess while the rotund Heduš imagines their future in the French Foreign Legion – when Mára first picks him up, he’s hiding in roadside bushes in full camouflage shooting pellets at passing cars.

They slowly building relationship provides the charm at the film’s core and they form a perhaps unlikely bond as they first rescue the aforementioned dog (christening him ‘Jackal’) and then pick up an attractive older hitchhiker, Brána (Eliška Křenková) who they both have comically naïve designs on. A night around a campfire replete with hormones and flushed cheeks concludes with Brána and Jackal curled up together in the locked car and Mára and Heduš sharing a sleeping bag in the cold. Even after a row that sees them split up and Mára incarcerated for driving without a license, they still have each other’s backs.

Regardless of their misadventures, it’s the characters that make Winter Flies work and in particular Mára’s spell in a police station across the country from his home. His interrogation is dotted throughout the main narrative which appears as in flashback and it’s these scenes through which we come to understand the bones of his situation and in which Mrvík has the opportunity to emote.

In particular, a scene in which Mára begs for information about his sick grandfather – his idol, who he and Heduš found collapsed at home when they stopped by for a visit – is heart-rending. However, all is never lost, and these two boys’ resilience in conquering the hardships of winter stands them in good stead. It’s a coming-of-age tale without summer sun that feels all the more formative because of it.