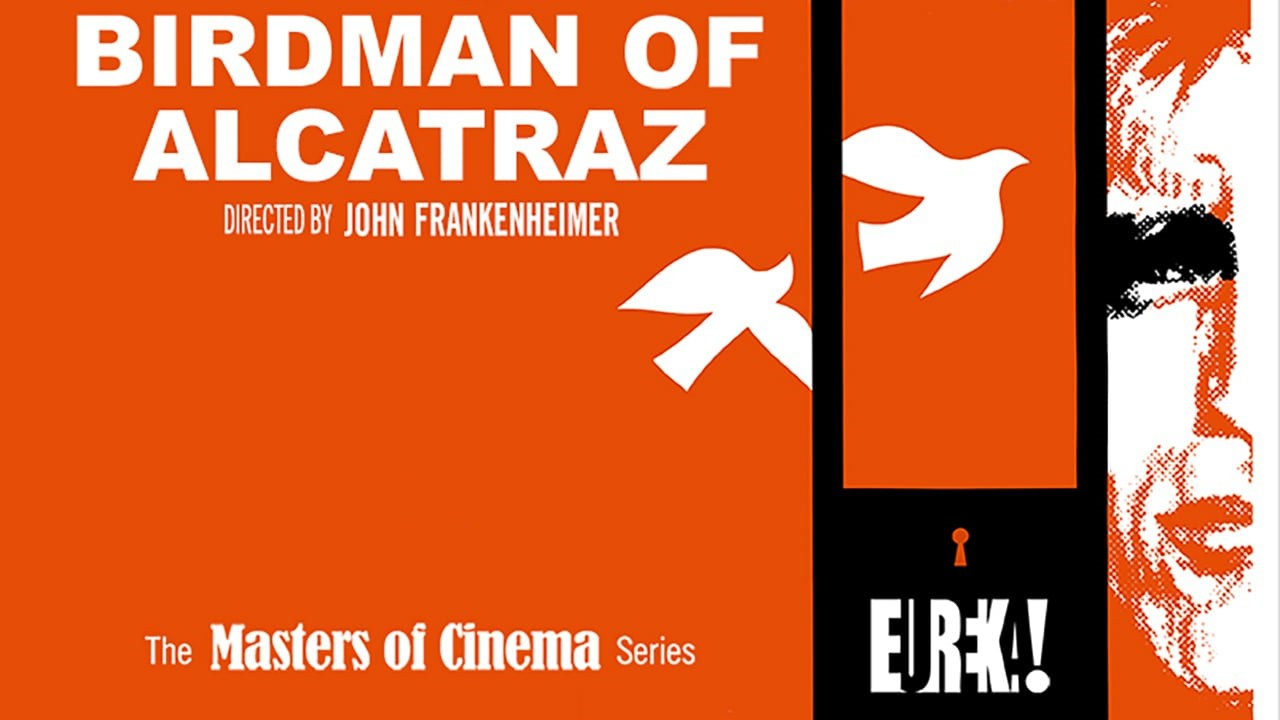 While serving a life sentence and in indefinite solitary confinement, convicted murderer Robert Stroud began raising birds. In so doing, he educated himself and discovered cures for several avian diseases, eventually publishing his work. Based loosely on his life, John Frankenheimer’s 1962 film is a stately and moving depiction of the man’s capacity for dignity and improvement.

Birdman of Alcatraz is among the better entries to the canon of 1960s films depicting man’s innate dignity – see also To Kill a Mockingbird, Inherit the Wind and The Defiant Ones – a worthy and admirable portrayal of the redemption of individual dignity against an unjust system, and a powerful statement that liberty comes from within. Glossing over the more unsavoury qualities of the real convict – a former thief and pimp who killed a bartender – Burt Lancaster’s portrayal of the onscreen Stroud is as a quiet, self-assured rebel. He refuses to kowtow to Warden Shoemaker’s (Karl Walden) insistence on a blind adherence to the rules, even when his unbending principles land him in solitary confinement.

Shoemaker is a brilliantly hateful villain – a bumptious jobsworth, ceaselessly pedantic and officious. Yet his early two-dimensional characterisation does eventually give way to nuance, particularly in the film’s final act, in which Shoemaker realises he’s unwittingly grown old with Stroud. For all his ostensible freedom, he’s spent most of his life alongside convicts, behind bars just like them. The irony that both end up on the inescapable Alcatraz Island is lost on neither man.

Telly Savalas brings levity as Stroud’s neighbouring solitary inmate, Gomez, an affable lunk ultimately broken by the crushing conformity of prison life. It’s here – Leavenworth Prison – where the meat of the story is set, where Stroud first discovers an abandoned nest housing a baby sparrow. At his lowest ebb, the helpless, squawking creature gives him a purpose and routine, and in so doing, gives him cause to rediscover his humanity.

The film is at its strongest here, particularly visually, where the bird-cages that fill Stroud’s cell give cinematographer Burnett Guffey ample opportunity to explore the liberating irony of a convict surrounding himself with cages. Later, during the climactic riot scene on Alcatraz, the visuals go fully into expressionist mode. The ransacked cells become all shadows and shonky angles, a dark night of the soul for Stroud as he is finally redeemed by a dying man who reminds him of the inherent value of living, even it is from within a cage.