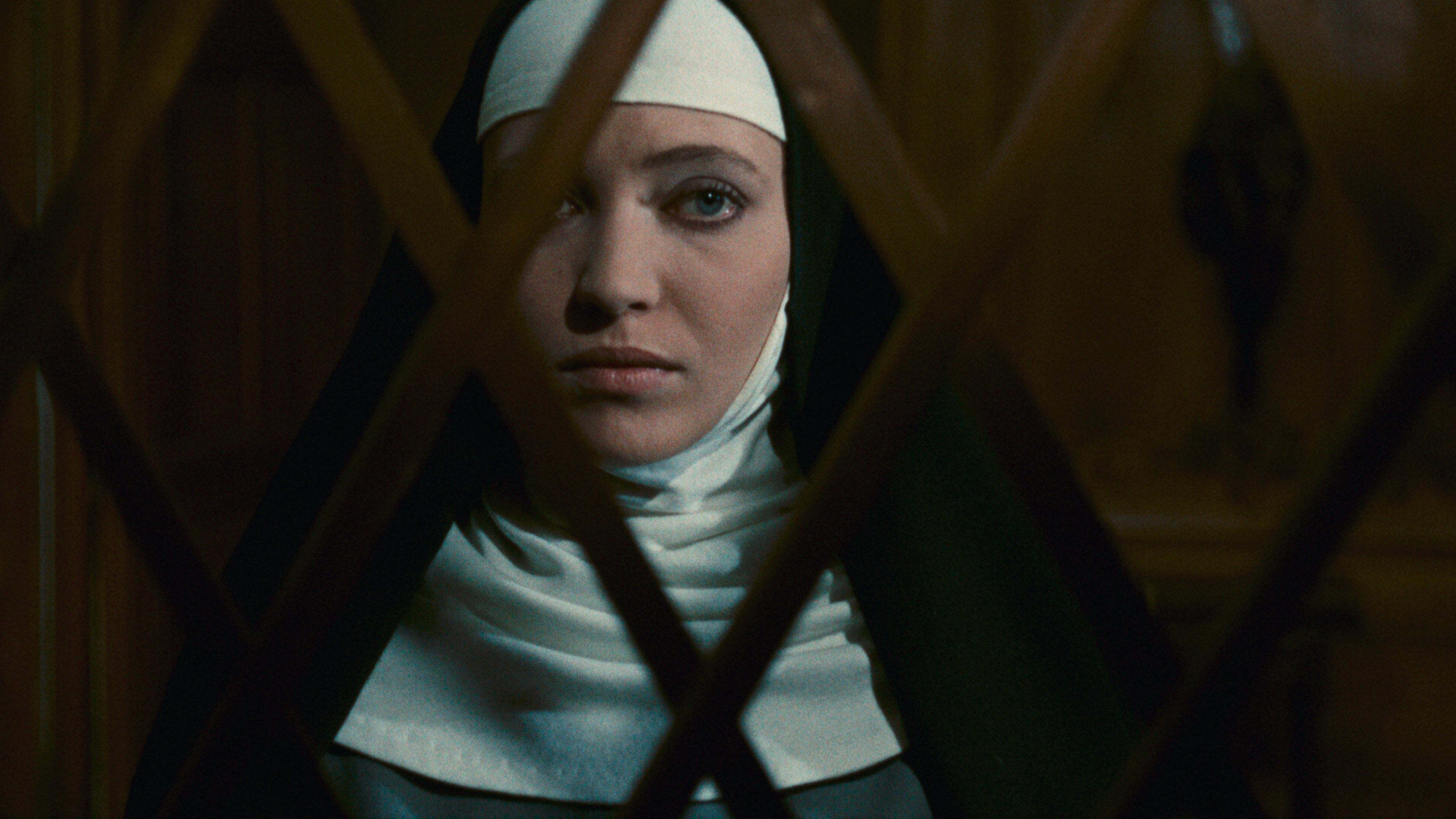 This month marks the re-release of Jacques Rivette’s 1966 film The Nun on DVD and Blu-ray. Marking a slow shift away from simply releasing canonical filmmakers of the French New Wave – not to discredit Truffaut or Godard – Rivette’s second feature is a gem of the pivotal cinematic movement.

Playfully opening with an extensive quote from Denis Diderot’s source novel Memoirs of a Nun, Rivette’s imprints his previous vocation as a writer for Cahiers du Cinéma in this initial self-referential moment. As the narrative of the film takes in its early moments, Suzanne (Anna Karina) is framed literally imprisoned not just but the framing, yet in a tight virginial wedding gown. Entrapped by a patriarchal society that abolishes her claim to her mother’s fortunes on the grounds of illegitimacy, the cruelty of the aristocratic that is outlined possesses a Buñuelian flourish.

Forced into a monastery against her own will, Suzanne quickly befriends Madame Simonin (Christane Lénier). Acting as a nurturing motherly figure in a period of swift ecclesiastical change, Simonin guides the girl through the adjustment period. Suddenly falling ill, her second in command, Madame de Moni (Micheline Presle), asserts her authoritative presence over the convent. Thus, leading to severe oppressions upon Suzanne as she seeks to escape the religious life, humanity’s corrupt nature comes bursting to the forefront of the narrative – if it already had not infiltrated the thematic core of the film. Equally, the peculiar affections displayed by Madame de Chelles (Liselotte Pulver), who initially appears gracefully sincere, illustrates the complexity of oppression, regardless of religion or not.

Football fans can get the latest odds on Premier League fixtures on the UK’s best football betting site.

Conveying an emotional as well as spiritual complexity Anna Karina’s performance juxtaposes her allure in Godard’s Pierrot le Fou. Similarly, the frenetic snappy implemented in that film is unearthed here too. Editor Denise de Casabianca channels Suzanne’s feverish state of being through her brisk approach. Karina’s pulsating acting combined with Casabianca’s work creates an organic feel to proceedings. Enough to elevate any film, Rivette continues to enrich the actor’s performance in his collaboration with Jean-Claude Eloy. Noted as his first work in film, his electroacoustic style magically merges with the editing to reflect Suzanne’s sense of emotional displacement. Further, Eloy’s sounds are fleeting but leave a long-lasting impression of ambience.

Another key filmmaker to Rivette’s piece is cinematographer Alain Lèvent. After working with Agnès Varda on Clèo 5 to 7, those famous tracking shots permeate the stylistic features of The Nun. Lèvent uses confessional scenes between authoritative male figures and Suzanne to allow a modernist depth in the frame. Emphasising her distant from these figures, thus escape into freedom, another dexterous element of his camera work rests in the distance of Suzanne to her surroundings. Adorning the grand set design, elongated hallways of the convents become labyrinthine when shot. Exemplary when Suzanne is framed talking to Madame de Chelles, the looming hallway over her shoulder appears endless.

Channelling the distance explored in Black Narcissus’ backgrounds – another addition to cinema’s fascination with nuns – all the cinematic components on display reflect Rivette’s esteemed position in European cinema. A reflection of Karina’s ability to endure, The Nun’s brilliance comparably shines through even after all these years later of suppression.