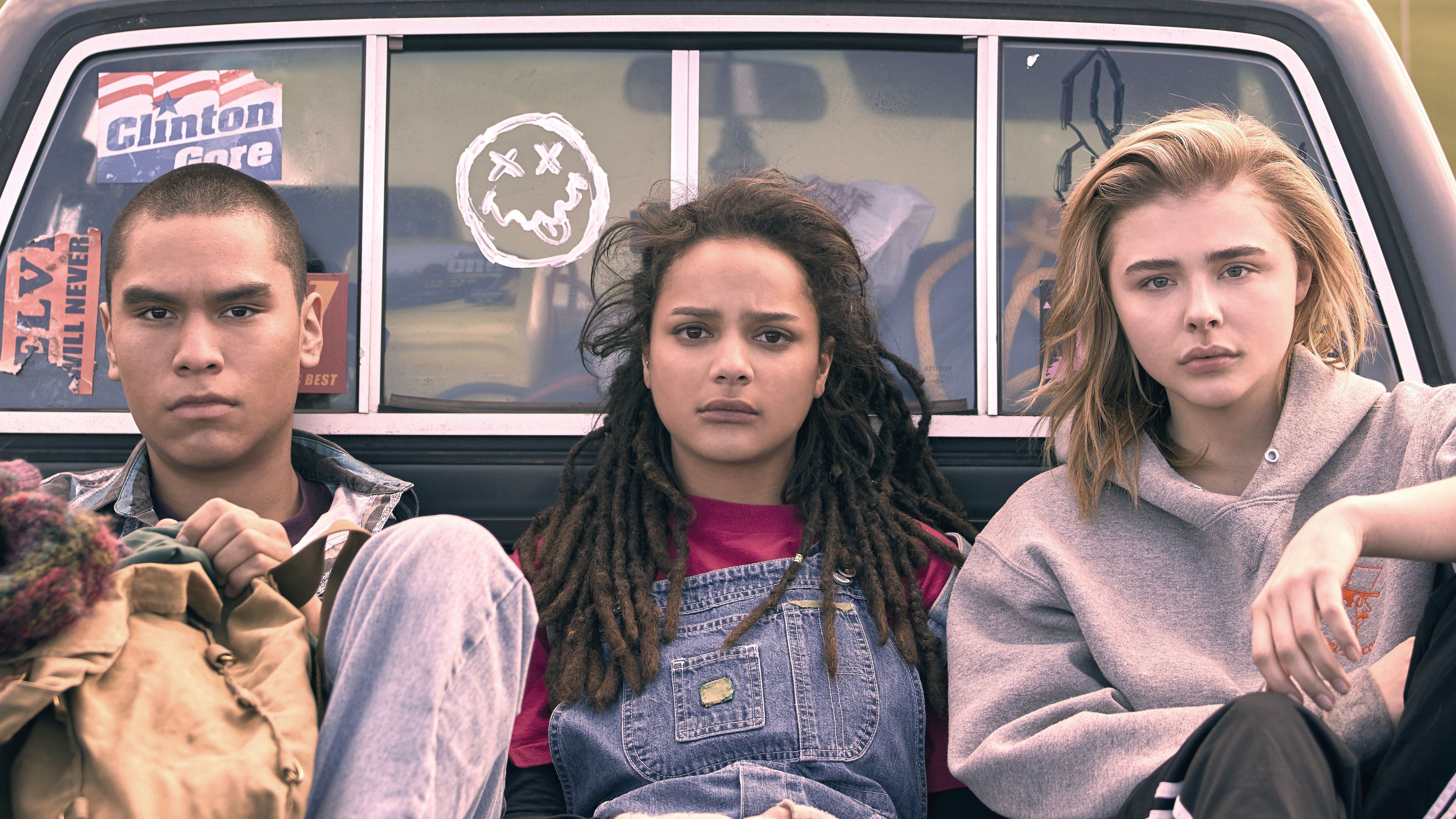 Hot on the heels of new additions to the coming of age genre like Eighth Grade and Lady Bird, Desiree Akhavan’s second feature, The Miseducation of Cameron Post, shines a light on institutionalised homosexual oppression in 1993’s America.

Adorned with a glowing central performance by Chloë Grace Moretz, the actress elevates author Emily M. Danford’s screenplay. Collaborated one with Akhavan and her creative partner Cecilia Frugiuele, the script extrapolates away from any literary bildungsroman tropes. What does, however, translates from the page to the screen is a tender introspective female gaze into emotional abuse, desire and standing for your true nature.

Confidently allowing the film’s narrative to unfold instinctively before an audience’s eyes, the director does not tie down the narrative to unnecessary fatty flashbacks in the opening scenes. Bestowing Cameron (Moretz) with a unique background in a matter of a few scenes, the audience are thrust into her adolescent world. Placing the guilt of sin that Christianity forces on its followers, Cameron is taught by a Pastor to repress her sexual emotions or else she will spend the rest of her life attempting to undo any mistakes. Viewed as a being full of lust and immorality, whilst society attempts to suppress teenage desire, she is still comfortable in her own skin as a lesbian.

Swiftly contrasted against a cross cutting between the preacher and Cameron sneaking home with a girl, expressing one’s own sexuality still plays out as an act behind closed doors to Moretz’s character. On prom night, Cameron is caught by her date in his car with said previous girl. On this dramatic revel to her date and Auntie Ruth (Kerry Butler), she is sent away to a Christian homosexual conversion centre to exorcise her sexuality out her system. Negotiating the emotional neglected inflicted towards her by the two leaders of the centre, Dr. Lydia Marsh (Jennifer Ehle) and her brother Reverend Rick (John Gallagher Jr.), she must seek solace in the friendship of Jane (Sasha Lane) and Adam (Forest Goodluck).

The complete antithesis Love Simon’s heart-warming approach to the LGBTQ+ community, the life blood of The Miseducation of Cameron Post is compassionate towards its subjects, evidently a reflection of Akhavan and Danford’s being. Producing empathy, regardless of gender or sex, the cross cutting between past and present Cameron offers a juxtaposition of character. Heightened by Moretz, who offers a fresh approach after her gap year from acting, her face clings to the tight close-ups amongst the beige 90’s setting of the conversion centre.

Emerging in this light from her feature debut, Appropriate Behaviour, the director effortlessly creates a tapestry of human emotion in her ability to fuse together comedy and tragedy. Eclectic towards a linear narrative, both films hop between the past and present to give full light to a character’s position in the current moment. By openly engaging with sex in an unapologetic manner, her latest film bursts from the seams with intimate passion. Traversing the curiosities that we all yield at an adolescent age where discovering and understanding our bodies is a paramount experience, one cannot help applauding the director in depicting the taboo subject in such a pure fashion.