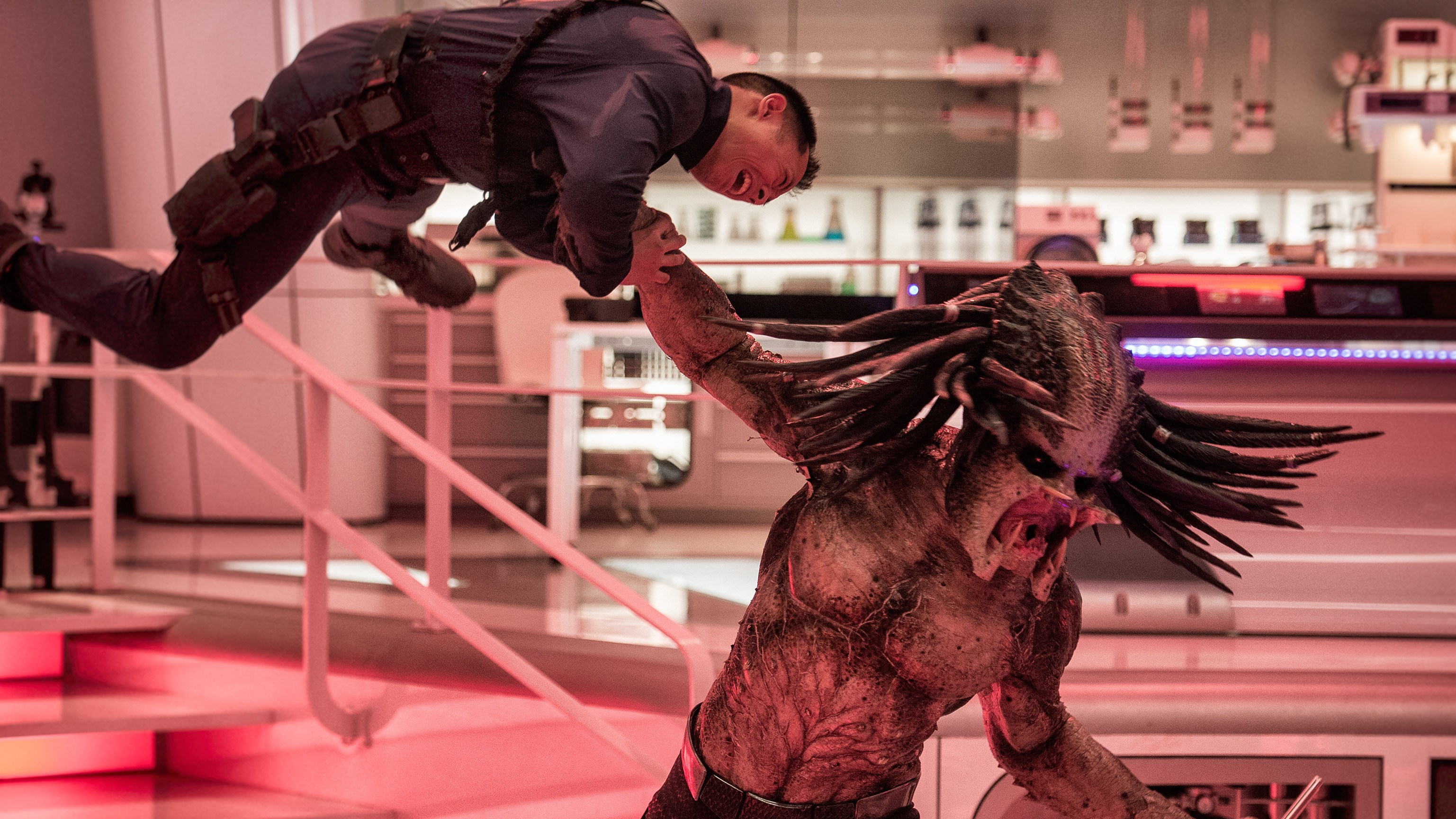 Shane Black returns to the series he co-wrote in 1987, now in the director’s chair, for this fourth instalment in the Predator franchise. Long-term fans will be pleased that The Predator is a soft reboot – Predator 2 and even 2010’s Predators are still canon – but the magic formula of the original remains elusive.

Black made a name for himself in the 1980s-90s as a talented screenwriter working within the Hollywood system while doggedly subverting its clichés. After his success with Lethal Weapon he helped pen the original Predator, before eventually moving to directing with the criminally underseen Kiss Kiss Bang Bang. After thirty years of Predator sequels, reboots and spin-offs of wildly varying quality, it’s apt that Black should return to rejuvenate this much-beloved but beleaguered franchise.

On paper, it makes perfect sense. Black’s canny ability to turn blockbuster clichés in on themselves, his quippy writing and even his broad action chops – see The Nice Guys and Iron Man 3 – seem suited to Predator. But along the way, something has gone awry. Not disastrously so – we’re talking a noble failure here – but more often than not neither the jokes nor the action hit their targets.

The major departure from previous instalments is the transformation from action-horror to action-comedy. Black’s version of the eponymous monster is often seen but rarely scary, the quick-cut, disorienting action is exciting but never tense, and the gore – once a demonstration of the monster’s ferocity – is now of the fun gross-out variety.

This change is sure to upset some, but again, on paper there’s nothing wrong with mixing up the formula. Hell, Predator ’87 had its fair share of Arnie quips. It’s just that Black’s usually tight comic writing here feels sloppy and half-baked, with too many “Yo mama” jokes and one bizarre, cringeworthy sight gag that is more Terminator spoof than Predator.

Black’s other forte, character chemistry, is stronger. But though it consistently fizzles, especially among the rag-tag bunch of soldiers led by Boyd Holdbrook’s McKenna, it never truly catches alight. Similarly, Jacob Tremblay’s intellectual grade-schooler Rory is a welcome mixing-up of the hyper-macho formula; less so the preposterous suggestion that his Asperger’s syndrome is the next step in human evolution.

On the thematic hyper-masculinity of the series, there is a hint of something interesting going on. The soldiers of The Predator, second-generation victims of the original film’s Reagan-era macho posturing, are all suffering from PTSD. Or rather, we’re told they are. What begins as an intriguing premise is gradually squandered, used as little more as background noise for comic tics and lazy characterisation.

Doing something different with a beloved property is fraught with danger, and for this, Black’s bravery should be commended. But a noble failure is just that, and no amount of witty “Get to the chopper” references and neat ideas can make up for sub-par writing and perfunctory visuals. Fatally, it’s difficult to imagine who this film is really for – as a result the sequel baited in the film’s coda is unlikely to happen. “If it bleeds, we can kill it”, Arnie said of the original monster. Perhaps it’s finally time to finally put this bleeding, limping series out of its misery for good.

The Predator is out now in IMAX cinemas. odeon.co.uk