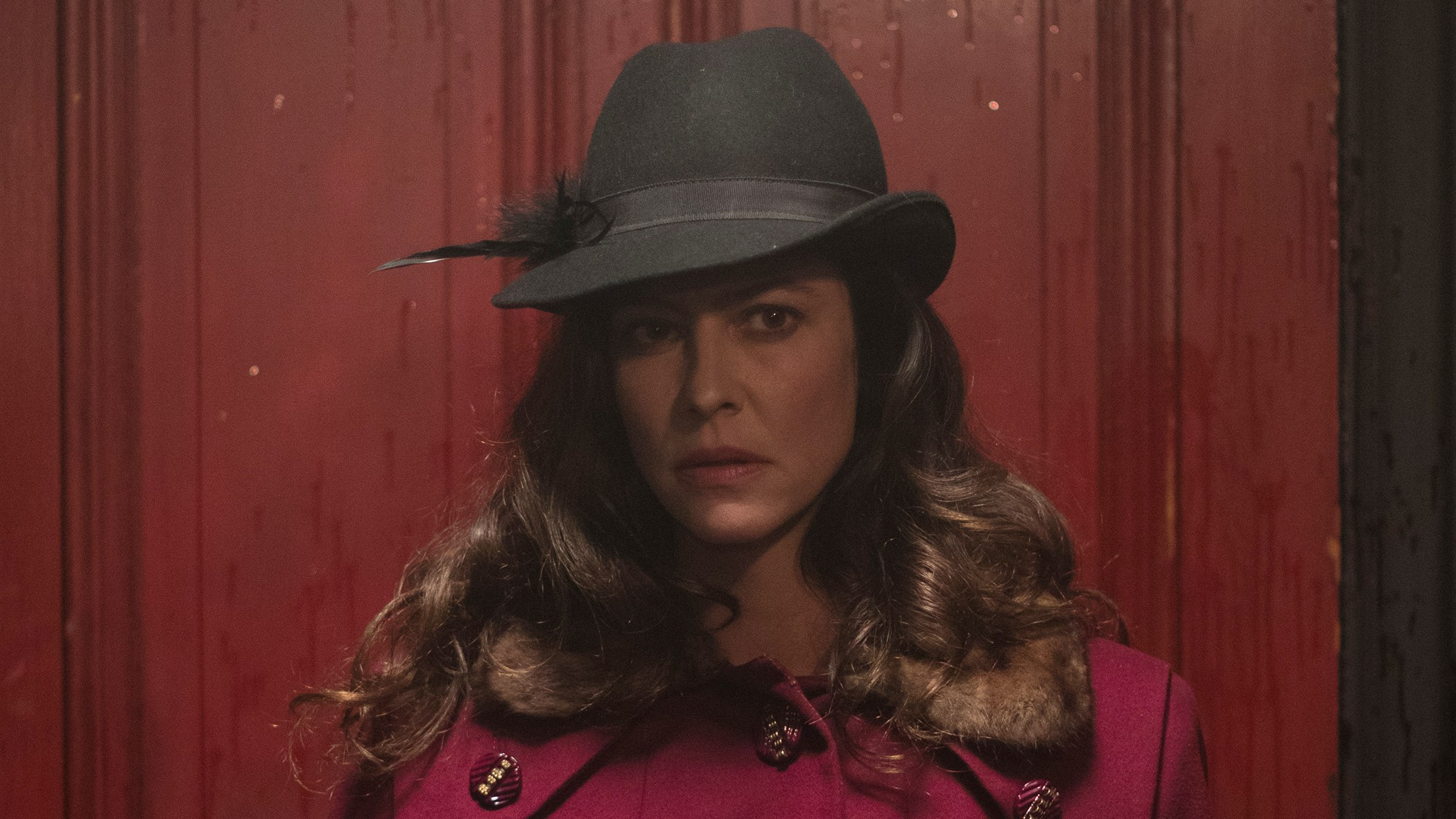 The heyday of the Parisian Grand Guignol is a perfect setting for a film screening at a horror festival: holding up a mirror to the notion of the bloodthirsty audience and how implicit we are in the sadistic voyeurism of the horror genre, it can serve as a snapshot of history, but also reveal uncomfortable truths about ourselves.

Paula Maxa (Anna Mouglalis) is the eponymous “most assassinated woman in the world”, in Franck Ribière’s film and the Guignol’s leading lady, who has been made to suffer on stage more times than any woman in a horror movie ever has – punched, kicked, stabbed, burned alive, buried alive, raped, hanged – the list gets more and more sadistic as she reels off the indignities done to her, breaking the Fourth Wall.

As the film opens to her on stage, her eyes being gorged out, we glimpse a man, Georges (Eric Godon) on the balcony ejaculating at the display of female humiliation and sadism, “tell me when she’s dead”, serving as an on-the-nose commentary at the blur between violence and eroticism in horror, where women’s bodies are fetishised sexually and violated at the same time.

Georges is the most menacing of all villains, with a polio-limp, forced to wear a metal brace, and only defining feature a sexual thrill in violence. He seeks out Paula’s doppelgängers, re-enacting the same scenes of torture with them that he witnesses on stage, melding art and reality. The effects of the Guignol and the innovation of Paul, Paula’s right hand man (Jean-Michel Balthazar) and creator of horrific illusion, adds a campy Hammer Horror theatricality that is more exciting than any action outside of the walls of the theatre.

The hysteria of the audience – queueing around the block, shows selling out instantly – contrast with the protestors whom want the Guignol to close, amongst them, Jean, (Niels Schneider) a detective, and Paula’s love interest, a character seemingly with no purpose, except to expound on the power of the cinema over the histrionics of the Guignol. This irony is not lost, as well as Paula’s eventual move to LA, land of movies – with our awareness that horror films can be just as violent and graphic as any other form of entertainment.

Most Assassinated has strong ideas that slowly fade as the film goes on. Made to re-enact her own personal trauma on stage – her attempted rape by Georges, and her sister’s rape and murder at the hands of him – what could be an examination of women’s subjugation and objectification in horror leans too heavily into supernatural dramatics. What could stand alone as an exploration of Paula and how she retains control of her own demise -using the supposed victimhood of women to allow her to rise to a powerful rank of the theatre, as a star – instead falls flat, trying to be too many things at once; period drama, exploration of violence against women, supernatural mystery, love story.