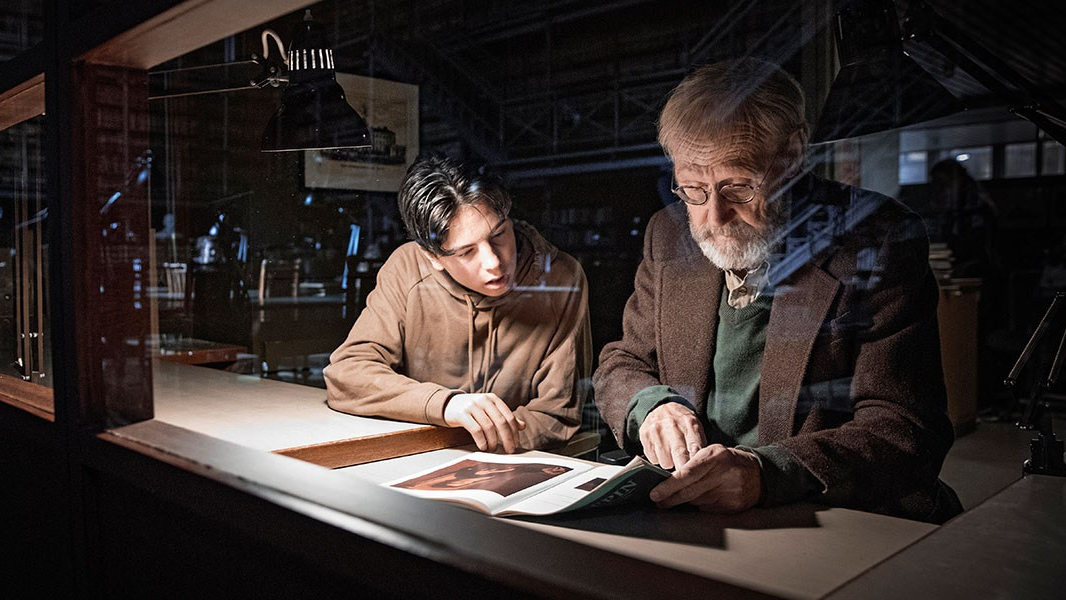 As Olavi (Heikki Nousiainen) approaches retirement, he reflects on his career as an antiques dealer. With little to show for it and no inheritance to leave his semi-estranged daughter Lea (Pirjo Lonka) and teenage grandson Otto (Amos Brotherus), he decides to go out with a final make or break deal in Finnish director Klaus Häro’s moving film.

Olavi reluctantly takes Otto on for his school work experience. Predictably, the pair do not get on, the former preoccupied with the auction deal he is planning, the latter glued to his tablet. At first glance, One Last Deal seems to be a fairly standard mentor drama and to begin it does proceed along familiar lines. They might be at each others’ throats to begin with, but inevitably the cranky, older man rediscovers meaning in life through the youth’s natural vitality, while Olavi helps Otto to channel his delinquency into something more productive.

Olavi has found two diamonds in the rough: both in his new protegé, whose grifting patter is helps to shift some of Olavi’s old stock, and a lost painting by an important Russian painter, going for a tenth of its value at an auction house. Risking that the painting may not the be golden egg that Olavi believes it to be, he bids €10,000 without the means to pay for it. But even if he manages to pay for it, and even if it’s genuine, he still needs to sell it on.

It’s here where One Last Deal truly achieves its dramatic potential. Olavi’s tone-deaf request to borrow money from Lea unearths years of resentment from her, who is exasperated at his life of fruitless fortune hunting at the expense of a functional relationship with his family. Further elevating One Last Deal above the rote formula of familial melodrama is the exquisite care and attention that director Häro lavishes on the film, both in the nuanced, finely balanced Olavi’s writing and the sumptuous visuals.

The cinematography is bathed in a gorgeous and golden light, evoking both Olavi’s autumnal years and the Masters whose paintings are his stock in trade. The beautiful lighting complements Häro’s stunning compositions which, reminiscent of the works of Johannes Vermeer or Pieter de Hooch, conjuring render the cluttered, lonely spaces that Olavi occupies breathtakingly beautiful.

One Last Deal is a redemptive, moving and stunningly shot depiction of the search for meaning in later life. In eschewing rote formula, the film resists easy answers or contrived redemption in favour of well-drawn family melodrama and a focus on the mentor over his protegé.