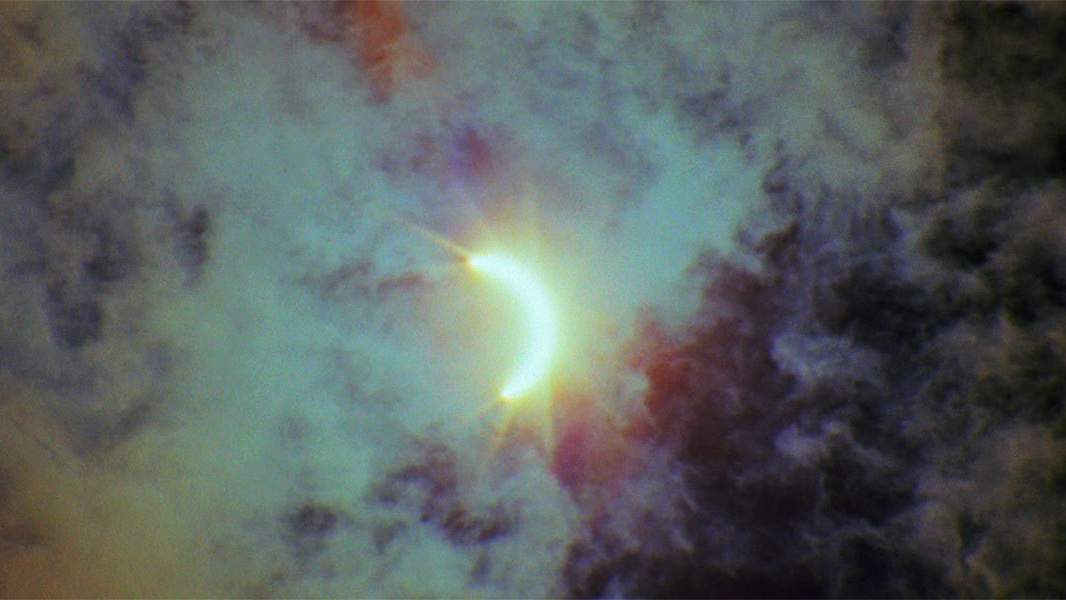 The focus of the Toronto Film Festival might be on the hundreds of features that grace the screens of the 10-day cinematic celebration, but the many shorts that are showcased at TIFF are also always worth checking out. Take a look at our round-up of the some of the best in show.

The festival’s Wavelengths programme, with its focus on experimental cinema, is always a good place to catch truly innovative shorts. Kevin Jerome Everson’s Polly One is one such example, a hypnotic, meditative film consisting of just two shots of clouds passing over the sun. Chromatic aberration and lens flare play visual tricks while the movement of the clouds across the sky creates a sense of otherworldly motion. As light refracts through the camera’s lens, we’re invited to reflect on the subjectivity of the camera, which creates its own imagery as much as it captures it.

Likewise, Fainting Spells plays with landscape, imagination and memory. Sky Hopinka’s film opens as we watch a POV shot of someone walking along a dirt track, and we’re transported to a dreamlike landscape onto which poetry is inscribed. The shifting visuals and perspectives, including a quasi-voyeuristic glimpse at the editing room, suggest an unseen narrator conjuring their images.

Prologue to the Tarot: Glenna was strongly reminiscent of the works of Kenneth Anger, not to mention Peter Strickland’s festival feature, In Fabric. Brittany Gravely and Ken Linehan use double exposure to create a sensational – and sensual – film. As the eponymous Glenna practices her rituals, smoke, colours and light are superimposed on to the frame, creating a kinesthetic smorgasbord of imagery that goes beyond the visual and aural to evoke the full spectrum of sensation.

A visual cacophony of superimposed images, Simon Liu’s Fallen Arches is like a hyperactive dream played on fast forward. Bright, neon colours are overlaid on flitting images of the English countryside, through which faces are briefly glimpsed. Like sensory experience and memory playing out at the same time, Fallen Arches is overwhelming yet simultaneously meditative. 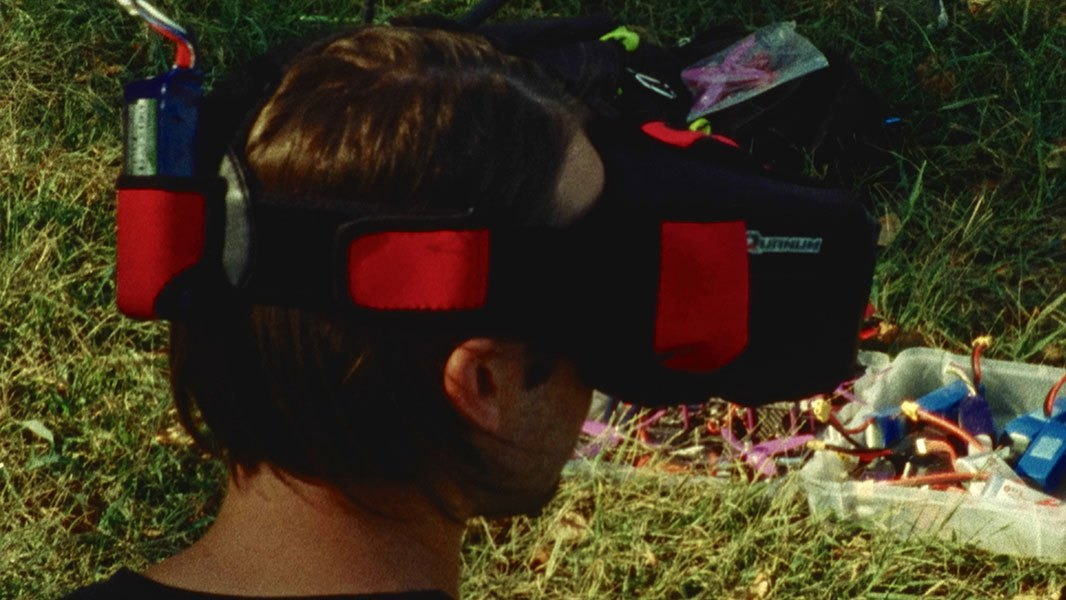 Along similar stylistic lines, Ross Meckfessel’s The Air of the Earth in Your Lungs is a dizzying contemporary examination of natural landscapes mediated through technology. Meckfessel’s film alerts us to the membranes of our own imaginative perception – the compressed, pixelated imagery is no less an ‘accurate’ or objective representation of nature than analogue media or indeed the media of our own senses. As we become inexorably intertwined with digital technology, so too does imaginative experience become a technological as well as organic process.

Lawrence Abu Hamdan’s innovative, challenging documentary Walled Unwalled looks at the social and political functions of walls. Filmed from behind the transparent barrier of a recording studio window, Hamdan offers three accounts of the use of wall to protect, delineate and control. The first two anecdotes are fascinating, but it’s the final story of a prison whose walls were designed reverberate and amplify the sounds of torture, which truly astonishes and horrifies.

Another astonishing Indian-set short, Circle follows the aftermath of the gang rape of 13-year-old Khushbu. It emerges that her grandmother arranged the crime as part of an ongoing cycle of abuse involving three generations of women. Jayisha Patel’s documentary captures Khushbu’s horrific disclosures, while juxtaposing them with her arranged marriage – the closing of the circle that she is trapped in. 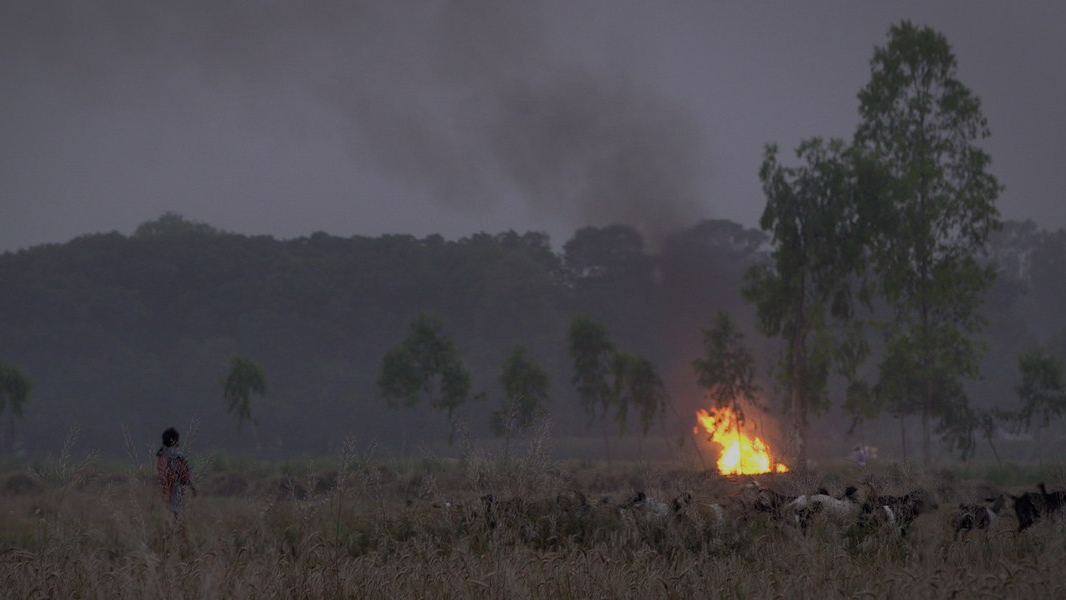 The candid way that Khushbu’s grandmother talks about the abuse may surprise us, but Patel has pointed “the normalised nature of it within society. No one has ever challenged such abuse and therefore it is assumed to be perfectly normal. When I first asked Khushbu’s mother if we could film with her about her daughter’s ordeal, her words were “Yes of course, it happens to the best of us.”.

A very different portrayal of crime, Charlotte Regan’s British short Dodgy Dave tells the story of a local drug dealer who takes charge of one of his customer’s sons as he does his rounds. Fans of the tragi-comedy of Shane Meadows will feel right at home with Dodgy Dave. Shot in black and white, it’s a tender portrayal of an unusual moment of male bonding, without passing judgement on the dubious activities of its subjects.

Meanwhile in Canada, Roney’s unhinged Glitter’s Wild Women is an anarchic, fantastically quirky treat. Grace Glowicki and Cotey Pope play two weird sisters who harvest a blue, glittery substance that falls to earth and gives them super strength. Watching a movie one night, they decide to put on a film festival, before mimicking the violence they have seen in the movies. Roney’s short is a darkly funny, very strange and very funny depiction of sisterhood.

Finally, Renee Zhan’s delightful Japanese animated film Reneepoptosis depicts Renee as a child, an adult and an old woman, who must traverse a landscape made up of her own body in their search for God. It’s as weird as it sounds, and the bulbous, traditional Japanese animation and irreverent verse is strange and charming in equal measure. Reneepoptosis is an often beautiful and funny journey through the landscape of self-discovery.