Film Review: What You Gonna Do When the World’s on Fire? 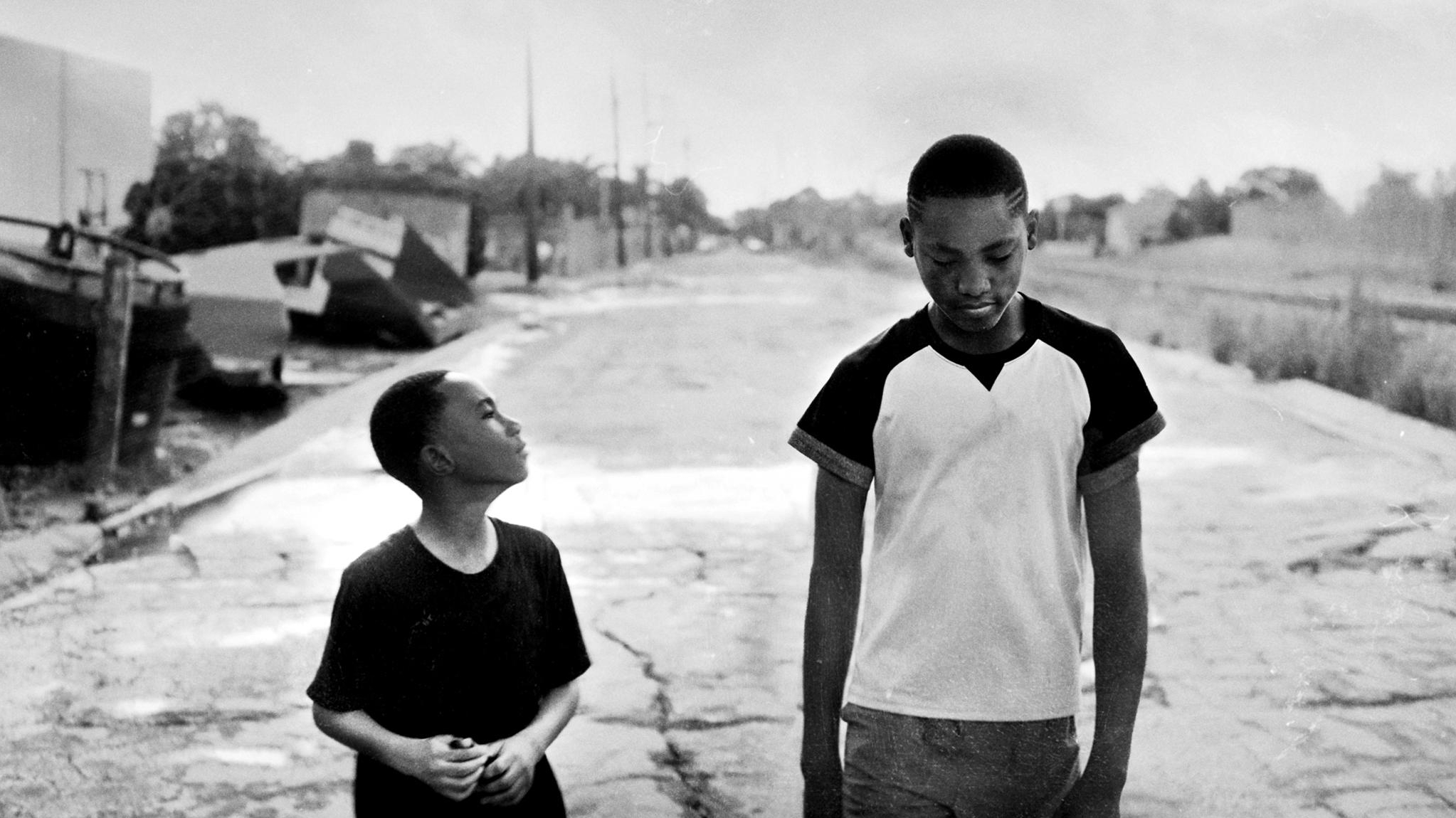 For years, Roberto Minervini has been chronicling the lives of the poor, marginalised and the voiceless. From the neglected child in his fiction work Low Tide to the plight of the Louisiana homeless in The Other Side, Minervini looks hard and yet sympathetically at those caught on the shitty side of the American Dream.

His new film, What You Gonna Do When the World’s On Fire?, moves through the poor black communities of New Orleans and documents the stories of three separate groups interspersed with preparations of the Mardi Gras Indians. Their songs perform the function of a chorus, offering both the only soundtrack of the film and a message of resilience and tradition in the face of racism, poverty and despair.

Two young brothers, Ronaldo (14) and Titus (9), wander the streets looking for something to do. We first meet them going through a haunted house attraction and Titus is so scared he starts to cry. Unfortunately, his fear is all too justified as his mother reminds him about coming home early: “Five people got shot on that corner”. Ronaldo fancies himself as the boy’s mentor and tries to teach him to box, but even this relatively innocent rite-of-passage is marred by the escalation of violence. Boys his age don’t like to fight, he tells his brother, they like to shoot instead, “So you’ve only got a little time left to fight in.”

Ronaldo’s father might be getting out of prison soon and Ronaldo wants to go live with him, for the pragmatic reason that he doesn’t think it’ll be long before he goes back to jail and he won’t have a chance to see him. Their mother does her best for them, encouraging their school work and making sure they’re home before the streetlights come on. But the fear of the haunted house is as nothing compared to the genuine possibility that violence will enter their lives. “I’d be scared to do crimes,” Ronaldo says and their innocence can be heard in their play, their jokes and their curse words of choice: “gosh” and “snap”.

Fifty-year-old Judy is on the other side of all that. The proud bar owner of a small bar, she seems to be a success story of entrepreneurship and self-realization, an inspiring story of someone who has had a hard life and comes through the other side. But the bills are piling up and her ancient mother Dorothy might be getting evicted as houses are bought up as part of an ongoing process of gentrification. Judy tries to deal advice herself, especially to her cousin Michael, but in one beautiful scene finding herself at a low ebb, she talks to some crack addicts smoking on the street and having her heard the addict’s horrible tale of abuse, her ‘just say no’ stance changes radically.

More overt political solutions are sought by Krystal Muhammad, the chairwoman and activist of the New Black Panther Party for Self Defense. She and her handful of comrades march around the neighbourhood, offering food parcels to the homeless, demonstrating against the police shootings of black men and even carrying out a ‘people’s investigation’ of a racist murder that saw a man’s head cut off and his body burned. With their outdated rhetoric and chants of “Black power”, it feels like we’re being dared to find them pathetic. But their worlds are on fire and at least they are doing something.

Cinematographer Diego Romero Suarez-Llanos shoots everything with an unobtrusive beauty and Minervini is once more incredibly adept at making these slices of life cohere into both individual stories and in order to present a broader panorama. The vision of the black American experience might be grim, but it is never miserablist or despairing. The songs, the traditions, the love and the community are still there, even if the world seems to be undeniably on fire.