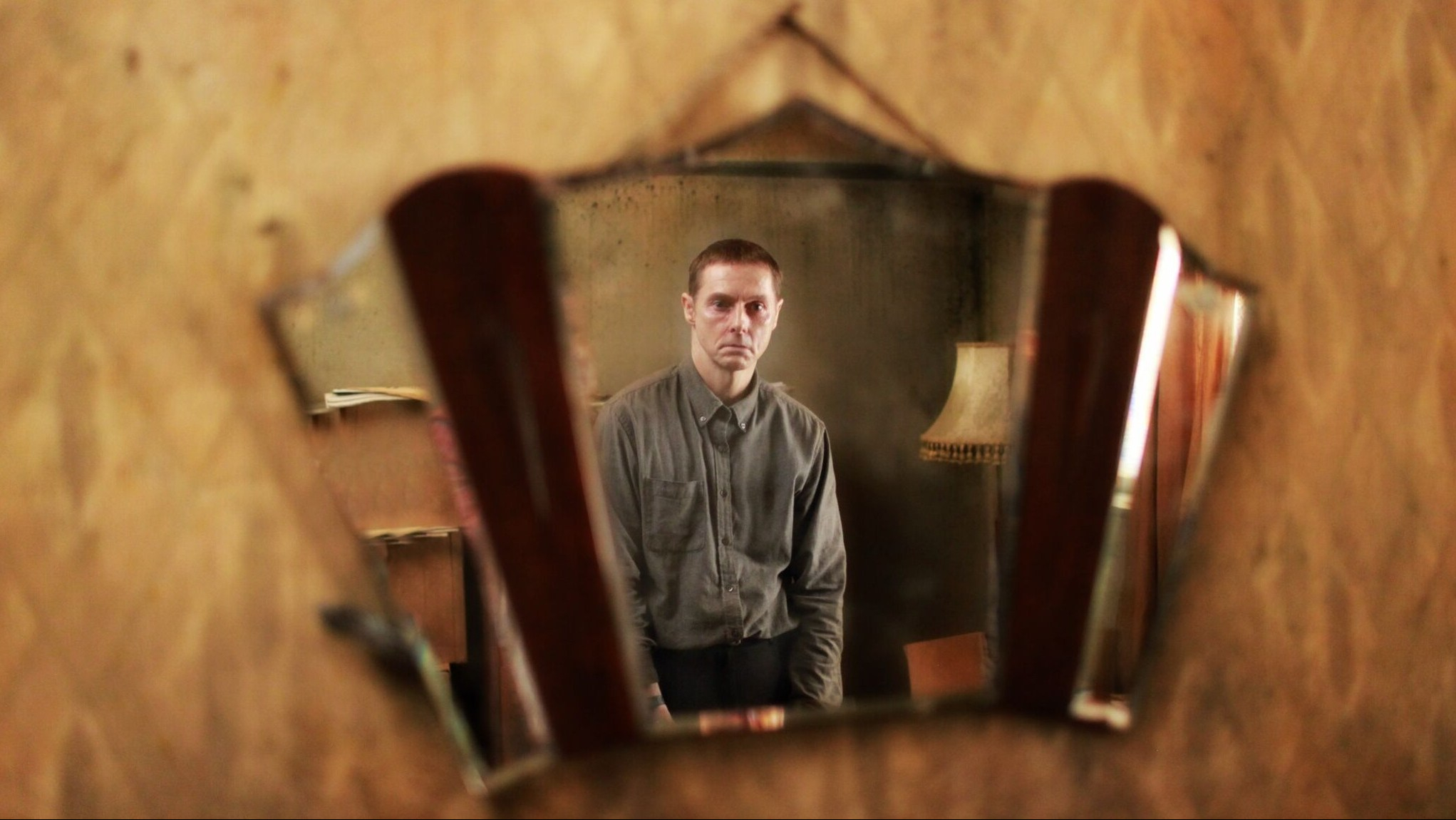 Best-known as the mind behind horror spoof series Garth Marenghi’s Darkplace, Matthew Holness’ debut feature Possum is anything but comic. Indeed, the imagery Holness conjures here could almost have come from the deranged imagination of Marenghi himself, were it not for that character’s chronic lack of talent.

Luckily for us, the writer-director proves with the chillingly atmospheric Possum that his skills are not limited to mere parody, demonstrating that alongside the likes of Ben Wheatley, neo-giallo maestro Peter Strickland and fellow Marenghi alumnus Alice Lowe, British horror is in its rudest health since the heydays of the 1970s. This recent upturn for homegrown terror is surely buoyed by a contemporary revival of “folk horror”, on which Possum successfully capitalises.

The horror of Possum, however, turns not on the rural tradition of The Wicker Man, nor indeed the gothic terror of Hammer. Rather, like a Scarfolk public safety poster brought to stained life, Possum trades on the contemporary cultural memories of new-build estates, stagnant, artificial waterways and the uncanniness of bygone children’s entertainment. At the centre of the film’s world sits the eponymous Possum, a gargantuan spider-puppet adorned with an eyeless, mannequin’s head silently agape, carted round by the film’s tortured protagonist, Phillip (a brilliantly unsettling Sean Harris).

It is a magnificently terrifying creation, at once a symbol of Phillip’s terrible past and a Jungian manifestation of pure terror. But the true monster of the piece is Alun Armstrong’s repellent Maurice. Sharing his squalid abode with Phillip, he’s a leering, retching beast, bullying Phillip one moment and then offering comfort the next. The exact nature of their relationship is held back until the film’s final moments, save for Phillip’s ominous repetition that “You’re not my father”.

Those final moments, sadly, are the major let down of the film, offering a schematic and all-too literal explanation for Possum’s sparse plot. Prior to its reveal, Possum’s dread derives from the sense of wrongness that pervades the film. The puppet is merely the nexus of a more insidious, universal corruption – it is not a monster if it merely reflects reality. But the film’s climax rather diminishes this idea into a rote metaphor for trauma – an aberration can be corrected, but pull too hard on the deeply rooted weeds and you might just can the lawn with you.

Possum’s all-pervasive atmosphere is the film’s strongest, most unsettling suit. Set in a world of seemingly perpetual sickly yellow twilight, gardens are overgrown with weeds, wallpaper and paint peel from their neglected buildings, and primary schools glare at us silently through their pre-fab windows.

The uncanny sense of decayed utopia will be dreadfully familiar to anyone who grew up on the sort of new-build British estates that sprung up from the 1960s onwards, and evokes a cultural memory far less comforting than the de rigueur 80s nostalgia of Stranger Things or It Follows. Possum’s evocation of wrongness, that unbalancing feeling that something is off – if only you could put your finger on it – lingers long after its overdetermined climax has resolved.