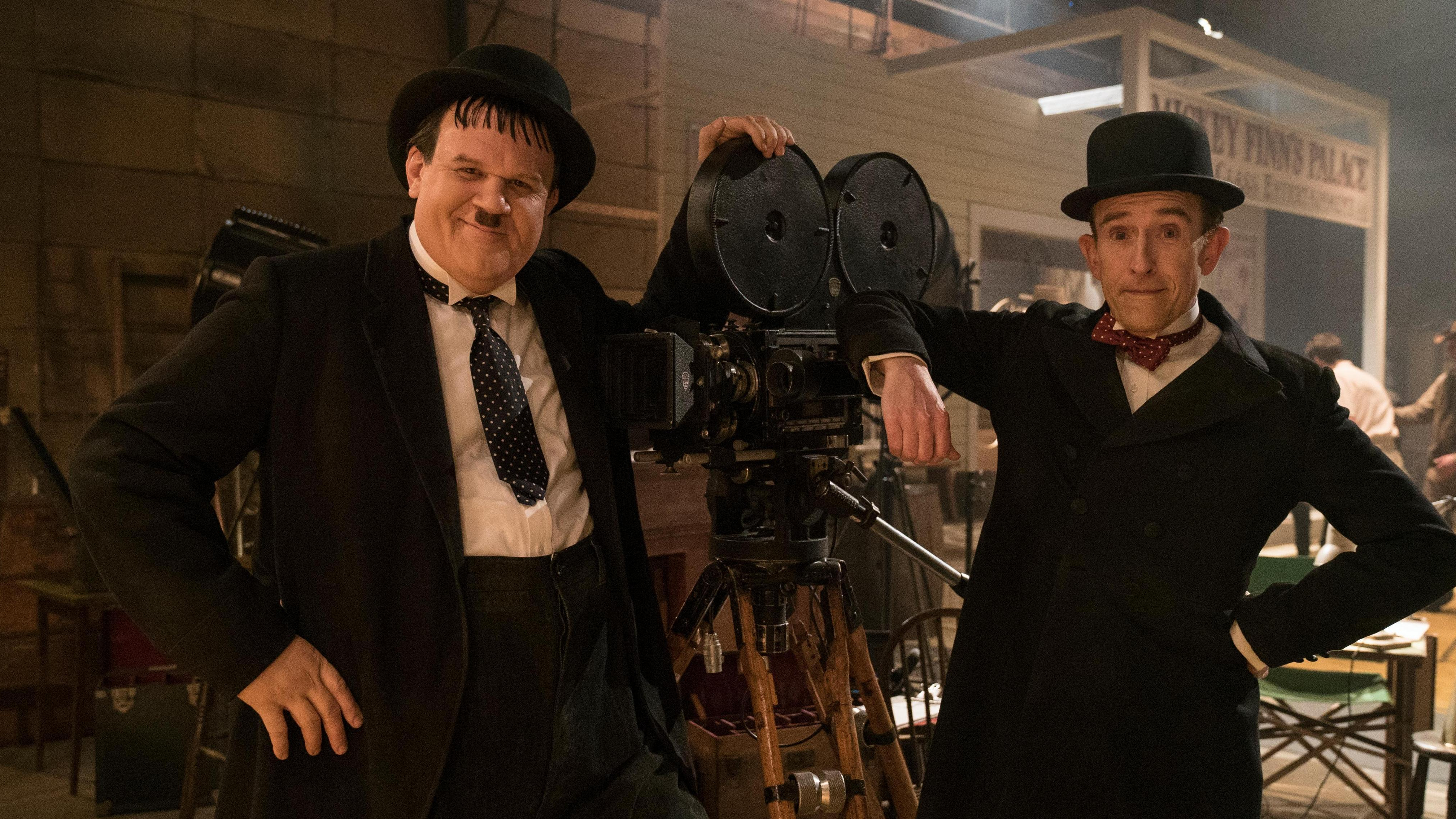 Inspired by the book Laurel and Hardy: The British Tours by A.J. Marriot, who also featured as a consultant on the film, Jon S. Baird’s Stan & Ollie is part biography and part homage to Stan Laurel and Oliver Hardy, arguably the greatest stage and screen comedy performers of their time.

Opening mid-shoot on a film studio lot in 1937, at the height of their Hollywood fame, Stan (Steve Coogan) argues with producer Hal Roach (Danny Huston) about money, and wants to negotiate better terms now he is at the end of his studio contract. His partner Oliver (John C. Reilly), however, still has time left on his, and doesn’t want to rock the boat. Stan ends up being dropped by the studio and Oliver makes a film without him.

Sixteen years later, and needing an income after Hollywood turned its back on them both, Stan and Oliver arrive on the shores of UK to do a nationwide tour, booked by promoter Bernard Delfont (Rufus Jones). They’re disappointed to discover that they’re playing in small theatres, with even smaller audiences, and when Delfont suggests they cut short the tour and not even include London, and people keep assuming they had retired, it seems maybe their stardom is over. Meanwhile, the movie Stan has been busy writing, and hoping to have financed by a UK producer, also falls through, and with nothing else on the horizon, retirement is looming.

But the British love for the duo – and their dedication to hard work – has no limits, and with some clever publicity they soon find they’re playing to packed houses once again, and after touring the whole country, they sell out their London Lyceum dates. Challenged by age and illness, they have to overcome the exhaustion of travelling and performing, and it takes its toll on their health and also their friendship. Past rivalries and betrayals are brought to the surface and their working relationship is put under much stress. The UK tour sadly ended up being Laurel and Hardy’s final performance.

It’s awful to learn these comedy greats earned no residuals (repeat fees) from all the successful movies they made together. Fame without wealth must be hard indeed. They then had to learn to adapt from film to stage work, and survive, and Stan & Ollie offers a thoughtful portrayal of the challenges they faced. Both Coogan and Reilly have excellent comic timing and expertly managed to achieve the accuracy and sweet humour of Laurel and Hardy’s slapstick. There are many laughs to be found in their spot-on impersonations, both in their on-stage personas, and in the more gentle off-stage ones, and the performances here are superb.

Added to this is the delightfully sharp interplay between their wives – Ida (Nina Arianda) and Lucille (Shirley Henderson) – who provide a sort of verbal counterbalance to the exaggerated physicality of the humour, and adds more richness to the otherwise light script (Jeff Pope). Coogan and Reilly’s portrayals are thoroughly enjoyable and the visual gags work with a pleasant nostalgia, but for such cinematic icons, who were huge stars of their time, overall it feels a bit lightweight and reserved; with some bolder direction by Baird, it could have been a little more impactful, rather than just a melancholic reminder of the loss of such great comic performers.