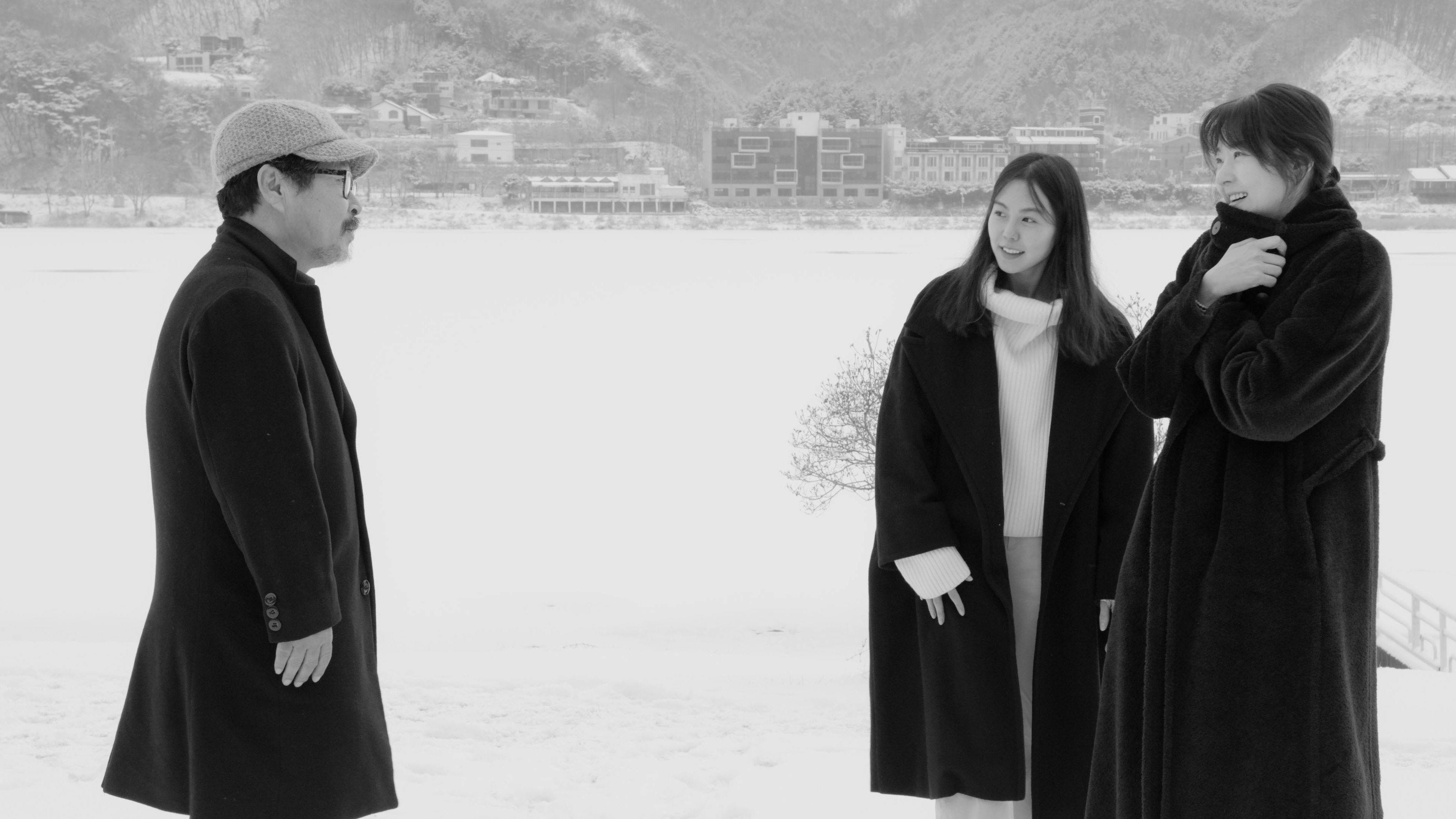 Shot in muted black and white, South Korean director Hong Sang-soo’s Hotel by the River lets two stories – one about a poet getting ready to die and the other about a woman recovering from heartbreak – unfold gently through idle conversations against a winter setting.

At one point in Hotel by the River, an aging father explains to his two adult sons the meanings of their names. Younger brother Byung-soo (Yu Joon-sang), who has already been teased about his name by his older sibling, finds out that his involves two layers, both centred on the idea of being side by side. His poet father elaborates that while the first layer expresses a hope that the two brothers will remain bonded and together, the second involves a more philosophical idea of being part of both the heaven and the earth simultaneously. This conversation, one of the lengthier exchanges in a film full of snippets of unhurried chatter, offers a glimpse at the kind of relationship the father and sons share. At the same time, it points to how the film’s narrative progresses.

Hotel by the River develops its two stories side by side. On one side is Younghwan (Yi Joo-bong), a well-known poet, who is staying at a hotel where he has been offered a room for free because the owner likes his work, and who is visited by his two sons. Conversations reveal that he had left his family a while ago and now lives alone with his cat. More importantly, he tells his children, much to their surprise, of a growing feeling that he might die soon. On the other side is Sanghee (Kim Min-hee), another guest at the hotel who is trying to get over a difficult break-up and is similarly met by her close friend Yeonju (Song Seon-mi).

The stories are both similar to and different from each other. Both key characters are at emotionally critical points in their lives – the first dealing with death, the second with love. Yet, in their interactions, while the men are often awkward and struggling to connect, a result undoubtedly of past actions, the women show instant affection and understanding. The two plots also interact on a few occasions as when Younghwan meets the two women outside in the snow or when both groups eat at the same restaurant, finally placed side by side though Hong doesn’t show them all at once, choosing to keep them visually separate. The plots do not merge either, reaching their respective resolutions individually in the end.

Barring distinct conversations such as the one about names or another about the falling snow being a blessing where the women are set strikingly against a sweeping background of white, repetitions in dialogue and thoughts abound. It adds to the general sense of inactivity culminating in the frequent naps the characters take, itself an act of healing, especially for the bereft Sanghee. The zooms and slight jitters of the camera as it settles on a frame give a sense of characters looking, thinking, resolving.