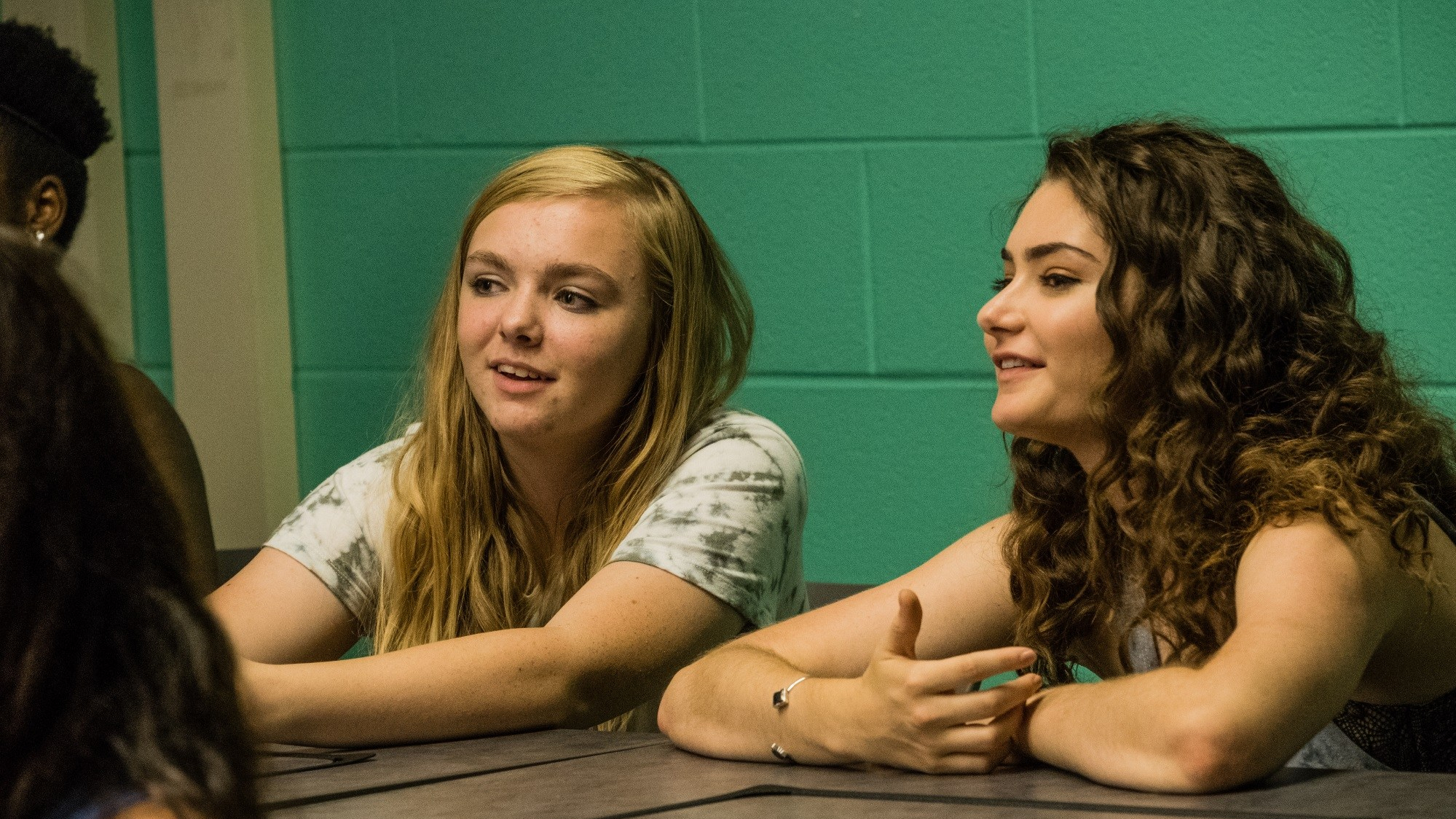 Every excruciating intricacy of teenage girlhood is held up to the light in Bo Burnham’s outstanding debut film Eighth Grade. Following Kayla (Elsie Fisher), the film chronicles her journey through her last week of middle school and preparation for life as a high-schooler.

When Cecilia Lisbon memorably remarks to her doctor in Sofia Coppola’s The Virgin Suicides that he’s obviously “never been a 13-year-old girl”, it’s a poignant reminder of the silences and pains of feeling isolated in adolescence. In Eighth Grade, however, it seems that Bo Burnham has perhaps cracked it. Burnham’s own brand of stand-up, singer-songwriter comedy is perhaps not to everyone’s taste but his first directorial effort stands distinctly away from potentially overpowering comedic tones.

Any concerns over Burnham’s style quickly fade as it becomes clear this film is not just another vehicle for crass laughs. He is considerate and delicate, with threads of humour woven throughout the narrative and big laughs saved for opportune moments. The film is astute, so deeply in tune with today’s youth culture that it grasps even the smallest of idiosyncrasies from Vine references to inside-Rick-and-Morty-jokes. There is something incredibly satisfying about watching Eighth Grade as a relatively young adult; it is at once profoundly cringe-inducing with its ability to recreate such a well-known awkwardness and a moving jolt with the sweetness of personal memory, experience and anxiety.

Fisher is remarkable as Kayla, at times a stuttering ball of angst and insecurity but centred by her blossoming maturity, her fundamental ability to try and change what she isn’t particularly happy with. We are never invited to laugh at her, only at the world she occupies that we once also did. Burnham’s film is an achingly familiar home, explored now through 20/20 hindsight. Fisher’s co-stars are equally endearing, particularly Jake Ryan as new friend Gabe with whom Kayla bonds over chicken nuggets and a rainbow selection of dipping sauces in one of the film’s standout scenes. It is a scene that is representative of the film’s overall wholesomeness and charm, never succumbing to a saccharine excess.

The soundtrack pumps out pounding electronic beats that match the pace and inevitable chaos of a young teenager’s nerve-ridden mind. Kayla is perpetually worried, absorbing the world around her as quickly as she can scroll through her Instagram feed. There is, however, never any lingering sense of critique or judgment regarding her generation’s social media output. The longing for recognition, friendship, to feel something akin to self-confidence, is simply a fact of growing up and the film importantly makes no attempt to condemn her for how she copes with these struggles. This is a story about Kayla but really it is everyone’s story, impossible to recognise when you are in the midst of it but comforting to know that, even back then, you were never really alone.