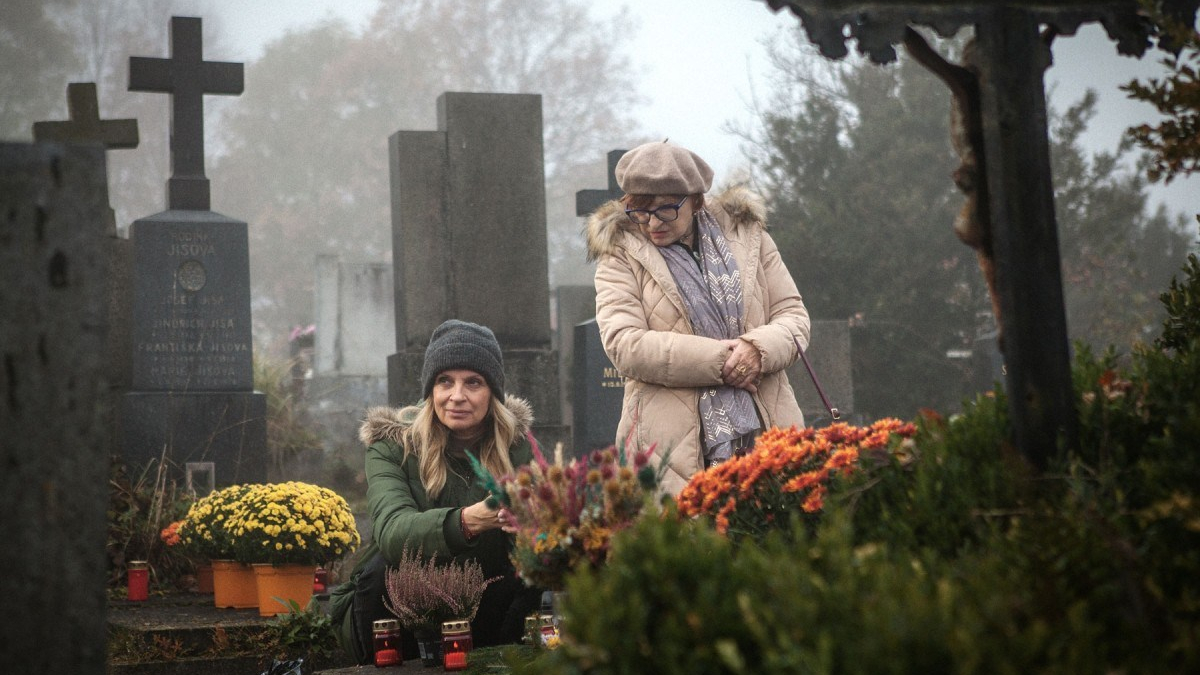 Director Tomás Pavlíchek’s follow-up to 2014’s Parádne Pokecal, is a sweet and broadly entertaining comedy drama which sadly falls shy of its mark. Centred around the final, fateful weekend that the Czech family will stay in their old holiday cottage, Bear with Us is charming but unfocused.

The film opens in the moments before Ivana Chýlková’s family matriarch signs over the cottage to an obnoxious 30-something yuppie, but at the last second, can’t go through with the deal. Despite her husband’s (David Vávra) protestations, she insists that she has one week to make up her mind, scheming to get her disparate family together for one final getaway at the old place.

At a brusque 77 minutes, the film wastes no time in assembling its cast, beginning with Tereza Voříšková’s elder daughter and her quietly suffering, Teutonic boyfriend played by an amusingly stoic Michael Pitthan, before gathering Jan Strejcovský’s schlubby younger brother, his ex-girlfriend, and finally the family’s chuntering Grandmother (Jana Synková) and senile Grandfather (Jan Kacer). Synková steals the show, grumbling through the film with occasional outbursts of anger, like a grouchy old terrier in a duffel coat. Meanwhile, Grandfather remains silent and passive, hinting at a well of unspoken sadness underneath the cloak of his dementia.

It’s a fine, if well-worn set up for a comic chamber piece, with each of the film’s bickering eight leads finely balanced to bounce off each other with the weary tolerance that only members of the same family can do. Meanwhile, Pitthan’s German outsider provides a counterpoint to all the years-long infighting, drily asking if the family’s flower-borrowing antics in a cemetery is an example of Czech humour.

Sadly, Bear with Us begins to lose focus just when it should be hitting its stride. Once the family reach the cottage, it slowly becomes apparent that among all the griping and falling out, there isn’t much point to any of it. An offhand comment from Grandma that she never wanted to go back to the cottage hints at some dark buried secret, but is never brought up again. It’s a problem that keeps recurring – plot points or characterisations are brought up only to be quickly discarded and forgotten.

While the cinematography is often very pretty – especially the autumnal colours of the woodland setting – the film can’t seem to settle on a visual style, turning between handsome compositions and shaky handheld shots on a dime. A final woodland encounter is very moving, if only momentary, but ultimately, it’s difficult to shake the feeling that this tale is more shaggy-dog than grizzly bear.