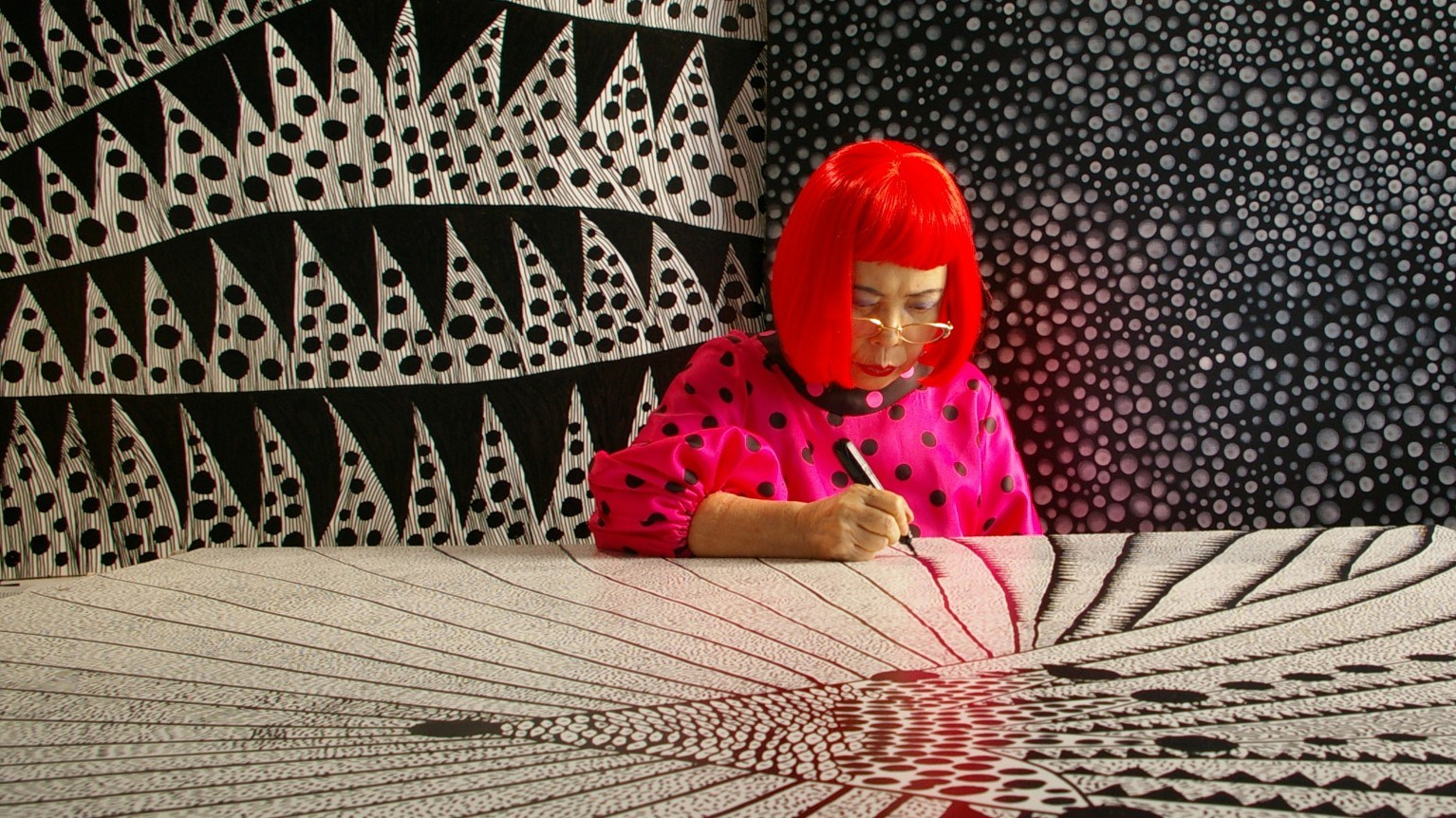 Kusama – Infinity delves into the life and work of Japanese artist Yayoi Kusama tracing her story from a period of early ambition and rebelliousness which took her to the US and saw her surviving in a brutally competitive, sexist and racist art world through her dejected move back to Japan, to eventual end-career recognition.

Director Heather Lenz highlights significant turning points in Kusama’s life and career that she will return to later in the film. Kusama left her native Matsumoto in the 1950s both to embark on a career she knew she couldn’t have within Japan’s conservative society and also to escape possible early trauma as well as pressures from an unsupportive family to conform to traditional ways.

Years later, in her middle age she would be forced to return to the city where even her name had been removed from official school records following the spread of news of the controversial public ‘happenings’ that she had staged in the US. Not until the opening of the Matsumoto Museum of Art in the early 2000s however which started exhibiting her work and sparked long-overdue interest in it was she acknowledged by her own country. The Venice Biennale similarly made two significant and vastly contrasting appearances at different stages of her career. While in the first it saw a desperate attempt by her to exhibit without invitation, in 1993 it was where she represented her country as its first woman artist.

Kusama’s life too, as the documentary recounts through old photographs, video footage and interviews with peers, curators and art historians, has embodied this idea of return, of persistence, of doggedly coming back to her work over and over again with a single-minded devotion and seeking in it both refuge and redemption. It is evident that her art is what she has used to plough through the attendant difficulties – lack of success and recognition, mental health issues – of the life she chose for herself. And as the documentary confirms, she has indeed been rewarded for it at long last.

The presence of the 89-year-old Kusama – vibrantly attired in her signature polka dots, framed against her vivid artwork and adding voice to her own story – not only makes the film’s narrative that much more immediate and even intimate, but also reminds, even as we are told of her creative hardships, of this ultimately happy outcome.

Interspersed with biographical information, which includes anecdotes featuring artists like Georgia O’Keeffe and Joseph Cornell, and rather alarming reveals about Claes Oldenburg and Andy Warhol, are glimpses of the real hero of Kusama’s story – her work. Starting with paintings attempting to recreate an early experience of losing herself in a field of flowers to the gradual development of a distinctively original style involving hypnotic, tactile and sweeping surfaces and installations that experimented with space and texture and culminated in her now-famous ‘Infinity Mirror Rooms’, the film systematically takes the viewer through each key phase of her work.

Lenz described in an interview that she had started work on the film with the idea that it would advance Kusama’s career. Although in the course of its making, Kusama’s popularity grew suddenly and rapidly, the documentary with its dedicated portrayal of her story and its struggle, passion and ambition, should certainly help to further its reach.