DVD Review: Under the Tree 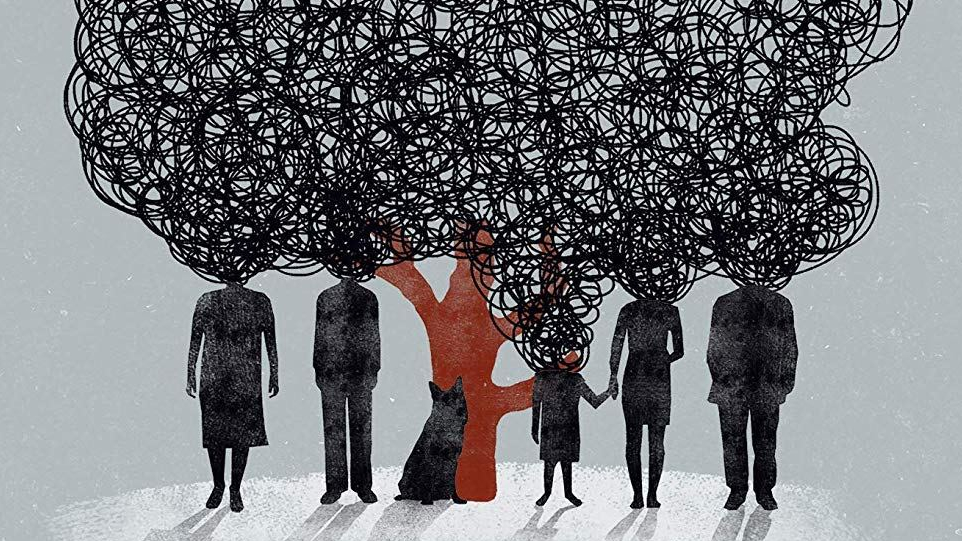 Hafsteinn Gunnar Sigurðsson’s Under the Tree makes its UK debut on DVD. A social satire with a shade of black humour wide enough to almost fill the frame, the Icelandic director’s 2017 film posits a cynical and often cruel vision of staid suburban existence and neighbourly rivalry spiraling out of hand, one missing pet at a time.

Like a series of Russian dolls, Under the Tree delights in parsing out crucial details at the most opportune moments. The opening scene sees Atli (SteinÞór Hróar SteinÞórsson) and Agnes (Lára Jóhanna Jónsdóttir) in bed together, woken by the sound of their neighbours’ very vocal lovemaking. Atli glances at Agnes, and the next shot is of a couple vigorously going at it. We can’t see their faces, but presumably it is either the neighbours, or in fact Atli and Inga, turned on by the sounds next door. However, the next cut reveals that Atli is actually watching a sex tape of himself and another woman, caught in the act by Inga just as his hand is reaching into his pants.

A good deal of Under the Tree proceeds on this basis, suggesting one thing, before revealing something new. While Atli harasses Inga at work in a troubling attempt to win her back, we learn that his transparently ridiculous claims that he has not cheated on her are true, and that the tape was a years-old document from a previous relationship.

This certainly doesn’t absolve his recent behaviour, but it does throw our assumptions about him and their relationship into a new light. Certainly, it’s clear that they are in a sterile, sexless relationship, bound together by a daughter but very little affection. Later, we also learn that Atli has a missing brother and that his entire family are labouring under a fug of depression, denial and repressed grief. The deadpan performances and flat, grey cinematographer take on increasing meaning the more we discover about the the travails of the family.

The real story, however, is in the escalating feud between Atli’s parents and their neighbours, Eybjorg (Selma Björnsdóttir) and Konrad (Þorsteinn Bachmann), annoyed at Baldvin (Sigurður Sigurjónsson) and Inga’s (Edda Björgvinsdóttir) large tree casting a shadow on Eybjorg’s favourite sunbathing spot. It’s certainly a familiar scenario, especially for audiences in Iceland, where disputes among neighbours are rated as one of the most frequent and stressful kinds of conflict.

As their tit-for-tat spats grow simultaneously sillier and more serious, the numbing depth of Inga’s grief over her lost son becomes more apparent, while Baldvin apparently exists in a superficially agreeable state of total denial. Björnsdóttir’s performance is utterly harrowing, her face worn and grey, her expression like a mask of impassive psychosis. By the film’s climax she is seemingly less of a mother suffering the death of her son, and more a nexus for the film’s cloud of vindictive grievances.

Inga’s abduction of Eybjorg and Konrad’s beloved Alsatian is Under the Tree’s key moment, at once darkly comical and viciously, unbearably cruel. Sadly, that cruelty reveals the film’s rather nasty core. Largely uninterested in the humanity of its characters, too often Sigurðsson is content to skewer his subjects without trying to understand them. A sight gag serving as a coda is hilarious in the first instance, but like much of the rest of the film, leaves a bitter taste that lingers just a little too long.