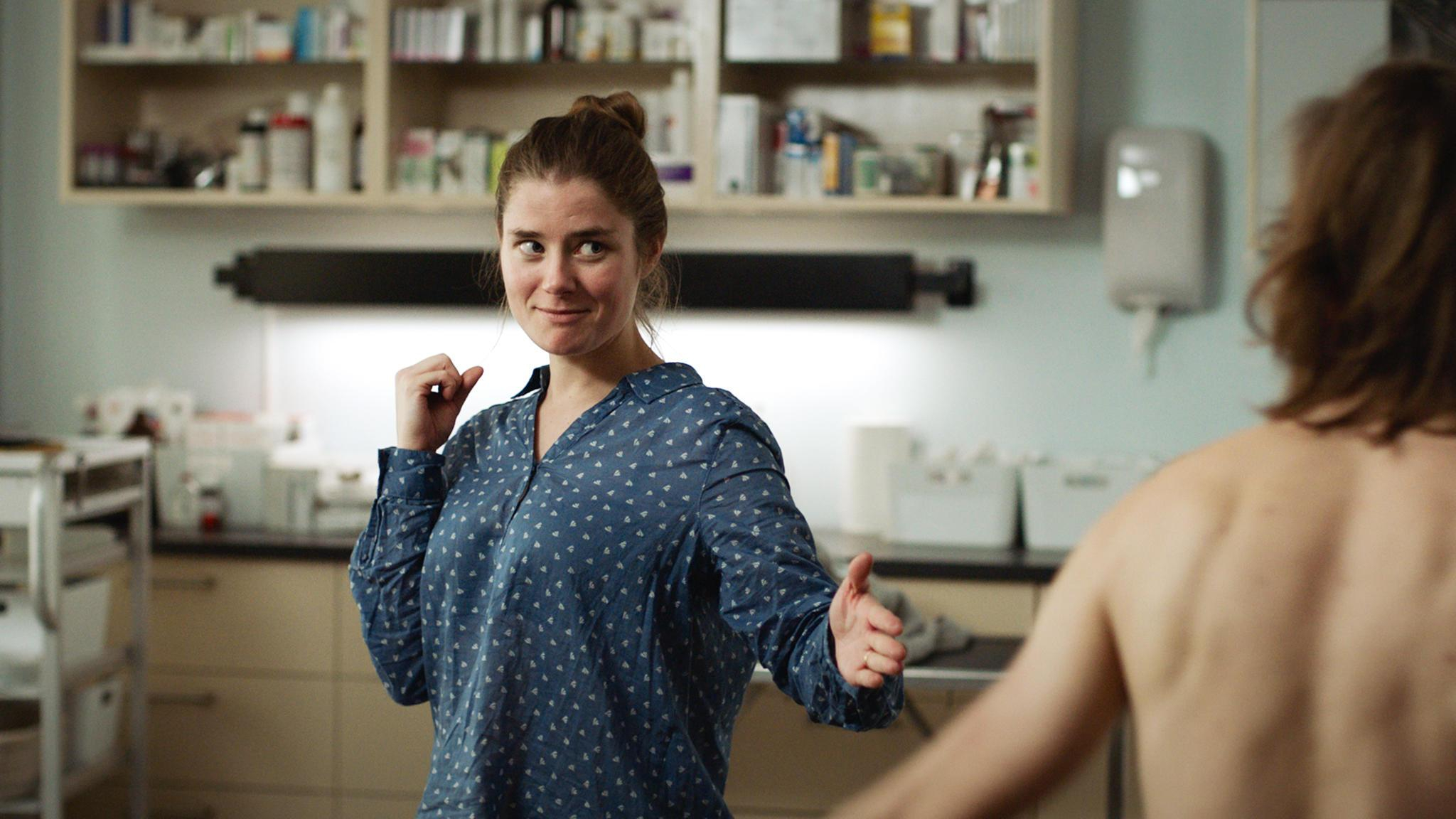 In Belgian director Anke Blondé’s The Best of Dorien B., a thirtysomething married mother of two with a flourishing veterinary practice sees her hitherto settled life start to crumble all at once. An unsentimental treatment and lots of wry humour balance out the chaos in a film where a woman must find herself again and all that is ‘best’ in her to escape the trap that life has pushed her into.

There is a peculiar divergence in The Best of Dorien B., Dorien (Kim Snauwaert) is faced with several problems: her parents are splitting up, her husband of many years is possibly having an affair with the same woman he had an affair with the previous year and there is a lump on her left breast that might just be malignant. These are problems that make her not just identifiable as a heroine but also deeply sympathetic. And yet, the greater the pressures life puts on her, the more distant and detached she becomes. Having no one to share her troubles with and feeling neglected and rejected by her increasingly absent husband Jeroen (Jelle De Beule), Dorien begins to withdraw into herself, seeming more and more distracted and uninvolved to those unaware of her mental state.

When her mother arrives at her doorstep seeking shelter and consolation, Dorien can think of her only as an encumbrance to the smooth functioning of her household and soon uncaringly asks her to leave. When her retired father comes to assist her on a surgery, she seems similarly indifferent and reserved. In fact, so overwhelmed is she with her own troubles that she refuses to even attempt defusing those brewing in her parents’ lives. She is not seen much with her children and similarly appears inattentive and even irresponsible towards her patients. Dorien with her refusal to engage with anyone and her constant attempts to lock down emotion could have run the risk of becoming unlikable had the audience not had complete access to her truth.

In fact, in the film’s world of secrets, lies and doubts, only the audience gets the entire picture. It witnesses her moments of vulnerability, those of warranted and misplaced anger, and sees her in her desperate efforts to cope. It sees how as all her endeavours to reconnect with Jeroen are thwarted, the suspicions about his unfaithfulness, the fears of an upcoming biopsy and the shock of her parents’ imminent divorce collectively fester within, an emotional equivalent to the real disease growing inside her. Her detachment then is her only form of rebellion, her quiet protest against all that is going wrong with her life.

Like most adults, Dorien has regrets. There was a time when she had wanted to travel and be adventurous, hoping to work with Vets Without Borders and vaccinate animals in Africa. But instead, she had settled to take over her father’s veterinary practice upon his retirement. The reappearance of an old friend also perhaps stirs up similar disappointments about the personal choices she had made. Life, however, while putting her under immense pressure, also gives her an opportunity to reconsider – to let the impediments fall away and to look deep within for all the things that made her who she truly was, things that had been buried for years under the weight of responsibilities. Discovering the best of herself again then is her first step towards freedom and happiness.