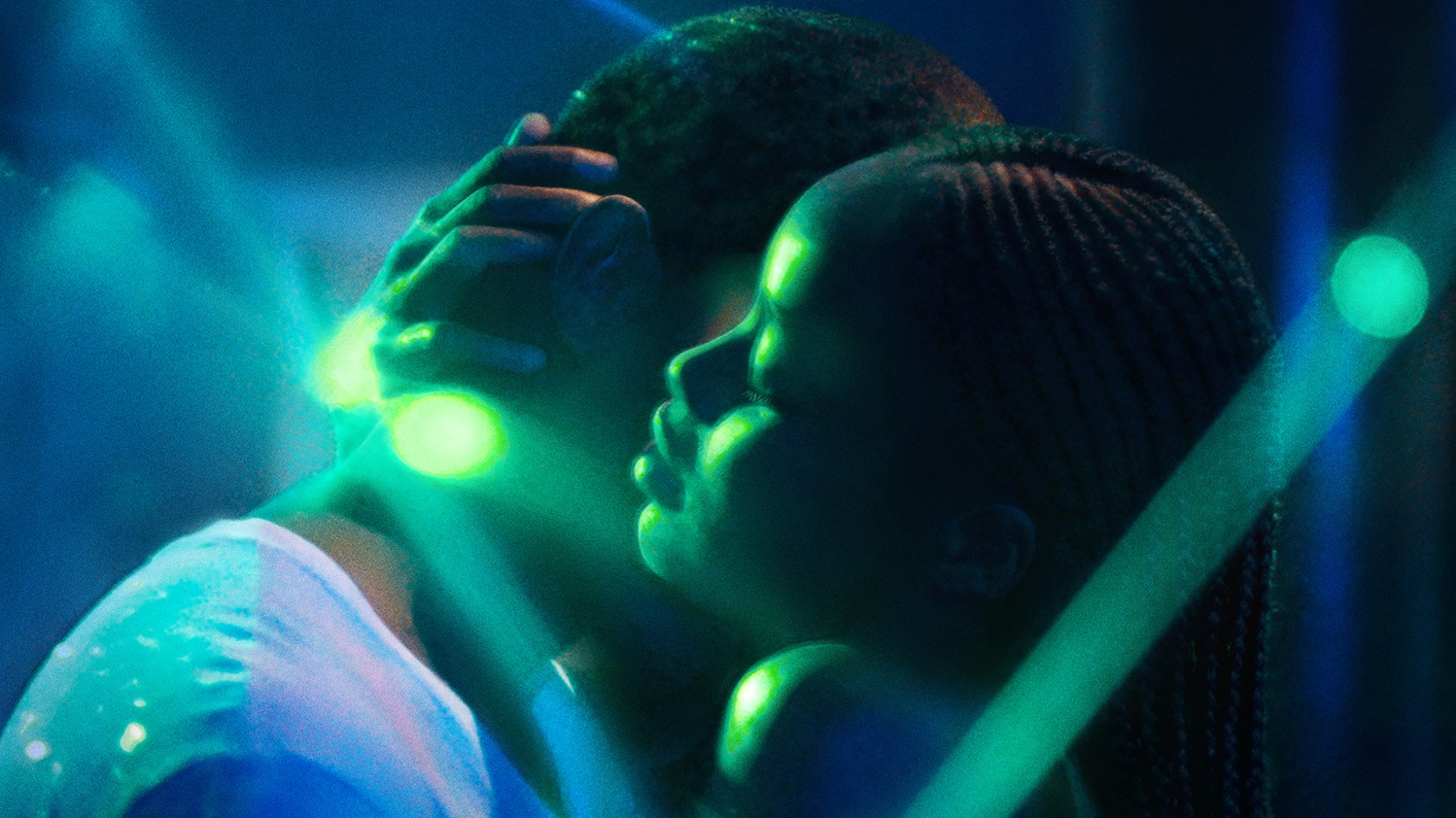 Expanding on her own 2009 short film, actor turned director Mati Diop returns to the timely subject of economic migrants from Africa braving the open ocean for a better life with Atlantics. Her feature-length debut is an enigmatic ghost story tackling worker exploitation.

Atlantics begins like a common-or-garden social realist drama. Or does it? There have been a few grumbles aimed the film’s way, in the wake of its Cannes premiere, targeting Diop’s bold merging of a hard-hitting topic and use of magical realism. It doesn’t quite click, is too weird, leads to a lurch from one cinematic style to the other and fails to gel as a satisfying whole. Yet the director’s imaginative intention is apparent in the first shot.

Opening on a dusty street in Dakar, the carefully framed composition combines elements of humdrum, everyday reality and transforms a residential tower into the type of image we associate with fairy tales. The right side of the frame is taken up by what looks like a poverty-stricken locale. On the left side, we see the shimmering husk of a newly built tower, no doubt home to the city’s wealthiest types. The stark contrast actually provides a thematic unity in visual expression. It’s subtle and smart.

Diop, cinematographer Claire Mathon, sound designers Benoit de Clerck and Emmanuelle de Boissieu portray Dakar as an intense, beguiling, richly atmospheric place, making up in intensity what it lacks in vibrant colour. It is far from a cliched picture of sub-Saharan Africa. The incessant roar of wind whipping in off the coast, the grey swaying ocean at once a barrier and potential route to new opportunities, the almost obsessive attention given to crashing waves on the beach, the ominous, sepia-tinged clouds above. All tingle with intense gothic poetry and a looming tragedy.

On a building site in downtown Dakar, workers confront the foreman. They’re pissed off and demand money owed to them. They haven’t been paid in three months and rightfully sick and tired of the excuses peddled by the shady entrepreneur exploiting their labour. The drastic solution, a few decide, is to take a pirogue across the Atlantic to Spain. There they will find work, make a fresh start. Among them is a young lad named Souleiman (Ibrahima Traore). In a relationship and in deep love with Ada (Mame Bineta Sane), she and Souleiman are star-crossed lovers forced apart by economic woes and family pressures (Ada is set to be wed in an arranged marriage).

Drowned at sea, Ada is then drawn into a perplexing mystery, as news filters through the grapevine, that Souleiman and the others have returned. They have, but as ghosts possessing friends and family, all demanding their boss not only gives them money owed but that he is humbled into digging their graves. A magical realist tale of lost love, the dead avenging their demise and exploitation of the working class, Diop’s sensitive and sensual handling of heavyweight themes is the mark of a very exciting talent.