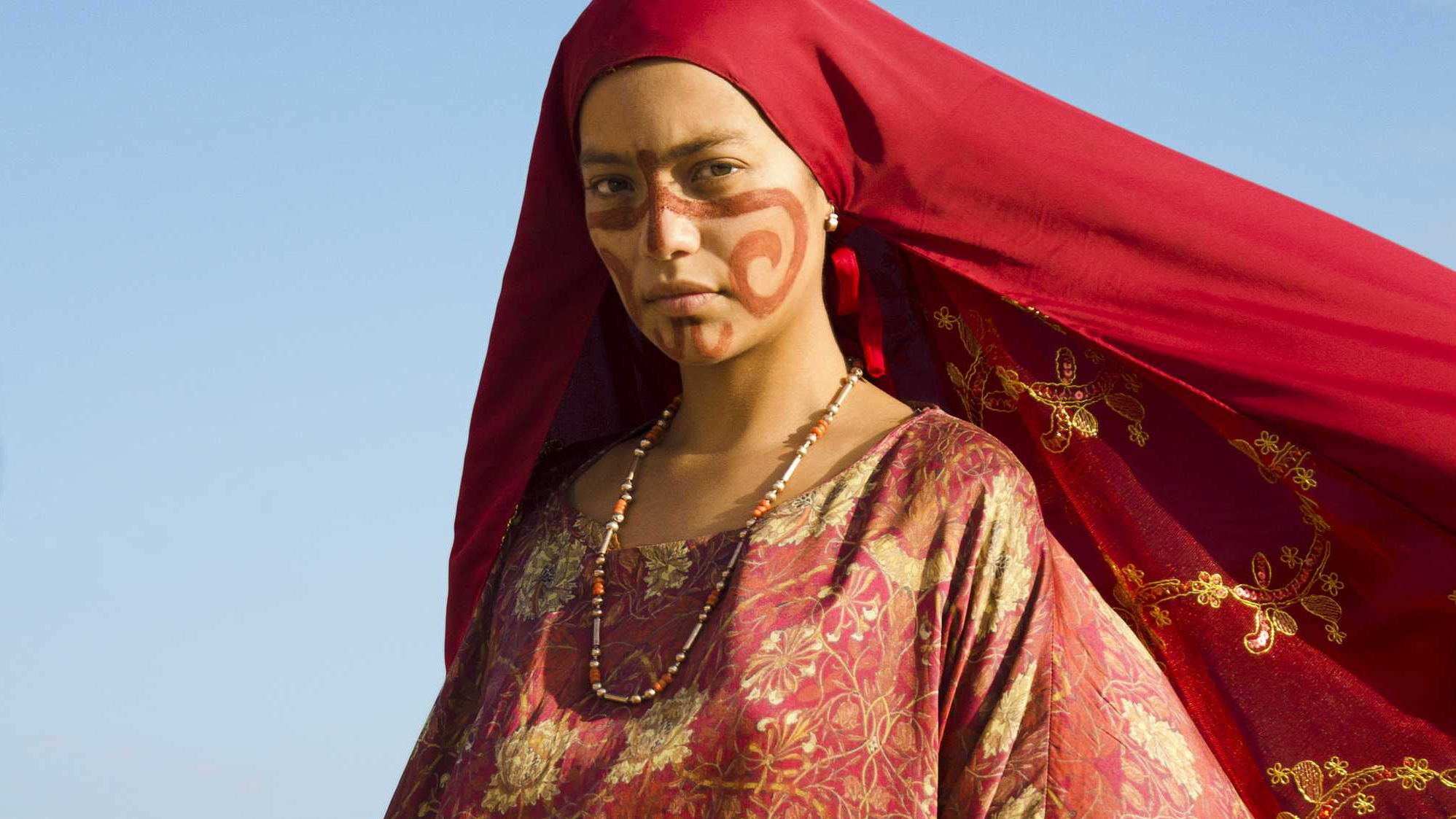 After exploding onto the international film scene with the Oscar-nominated Embrace of the Serpent, Ciro Guerra returns to cinemas with another story of Colombian tradition. His latest film, Birds of Passage, merges the western gangster genre with a spiritual epic tale on indigenous traditions, set against the drug trade in the 1970s.

Accompanying him in the director’s armchair is his creative partner Cristina Gallego. After producing Embrace of the Serpent, Gallego has also co-written the film. Set against the backdrop of a matriarchal system, the protagonist Rayaphet (José Acosta) builts his marijuana empire from scratch. However, when family traditions tie him to the Wayuu clan, his mother-in-law and queen bee Ursula (Carmiña Martínez) asserts her grip over his empire. Negotiating these gender powers evidently comes from the artistic voice of Gallego. Welcomed in such a hyper-masculine genre, this narrative thread breaths new life into a genre as old as cinema itself.

Opening in a visually evocative manner as Zaida (Natalia Reyes) is inducted into the Wayuu tribe as a woman Rayaphet gazes upon her with allure. Challenging her to a ritualistic dance, the two consequentially move around the crowd of people who have assembled to witness her right of passage in this deserted landscape. As Zaida moves her red gown spreads like a set of winds to almosts engulf Rayaphet. At this moment, it is clear to see Catherine Rodríguez’s costume design comes to reflect the vivid colours of the Wayuu women, whilst deepening this alien land. Simply from the first scene, Guerra and Gallego’s direction is solely focused on character development through the complex cinematic language of film.

As Rayaphet slowly establishes a small marijuana deal with a bunch of American hippies, his empire slowly grows thanks to the efforts of his good friend Moises (Jhon Narváez). In the first half an hour of the film, the world in which these characters inhabit is a strange mix of isolating and familiar. As to be expected, Moises and Rayaphet’s relationship involves a key trope; corruption. Starting off a chain reaction that leads to repercussions outside his control, actions genuine hold consequences in this world. Thrillingly spanning decades, Rayaphet’s grip under the Wayuu traditions impact his children and his eventual empire. Again to return to the costume design, the character’s light breezy shirts alluded to an idealised notion of the gangster in South America; somewhat stylish, handsome and cool. Yet, when the layers of the character’s situation are peeled away a man deeply rooted in his origins unravels. It is chiefly in this intoxicating mix of the specificity of Colombian culture and idealised western notions of the gangster that Birds of Passage plays its strongest hand.

To match the evocative world of Rayaphet, Guerra adopts digital colour. Juxtaposing the use of black and white in Embrace of the Serpent, it is enthralling to see a director test himself in a different colour scheme. To capture every detail within the frame a widescreen ratio is further deployed. Allowing an astute observation of every landscape, moments of the film are deeply visually arresting. Such moments are comparable to Herzog’s cinema, to which is such a clear influence on Guerra’s previous feature. Collaborating with the director again, cinematographer David Gallego also returns. As seen in his work on I Am Not A Witch, his style bleeds a little into this work here with grand barren landscape imbued with flashes of colour throughout the frame.

Strengthening the cinematic craft on display, Leo Heiblum’s strange sounds fill violent and defining moments. Not unlike the ominously ethereal music of the recently passed away Scott Walker, both composer’s music helps to transport you into expressive cinematic worlds. In Heiblum’s work, his collaboration with musician Lester Paredes’ performance of the sawawa and wontoroyoi musical instruments produce sounds that are not unknown to western eardrums. Further placing the film in this almost mystical manner – supported by the Wayuu traditions – the director’s ultimate affection for their Columbian roots springs forth throughout the creative team.

Strangely the ultimate strengths of Birds of Passage, operating within such a specific genre, are ultimately its own downfall. Granted highly thrilling, the narrative beats of revenge play out in a predictable fashion, even set against its expressive colour palette. The final act comes to, however, unpredictably be shot with a stillness that is a binary to American cinema’s overtly kinetic approach to cinematography. Though beautifully still, the sequences do not match the emotive beats in the film’s first half. Nevertheless, Ciro Guerra and Cristina Gallego’s depiction of their native country is compelling, one that weaves its magic to leave a rather impressionably wonderous film.