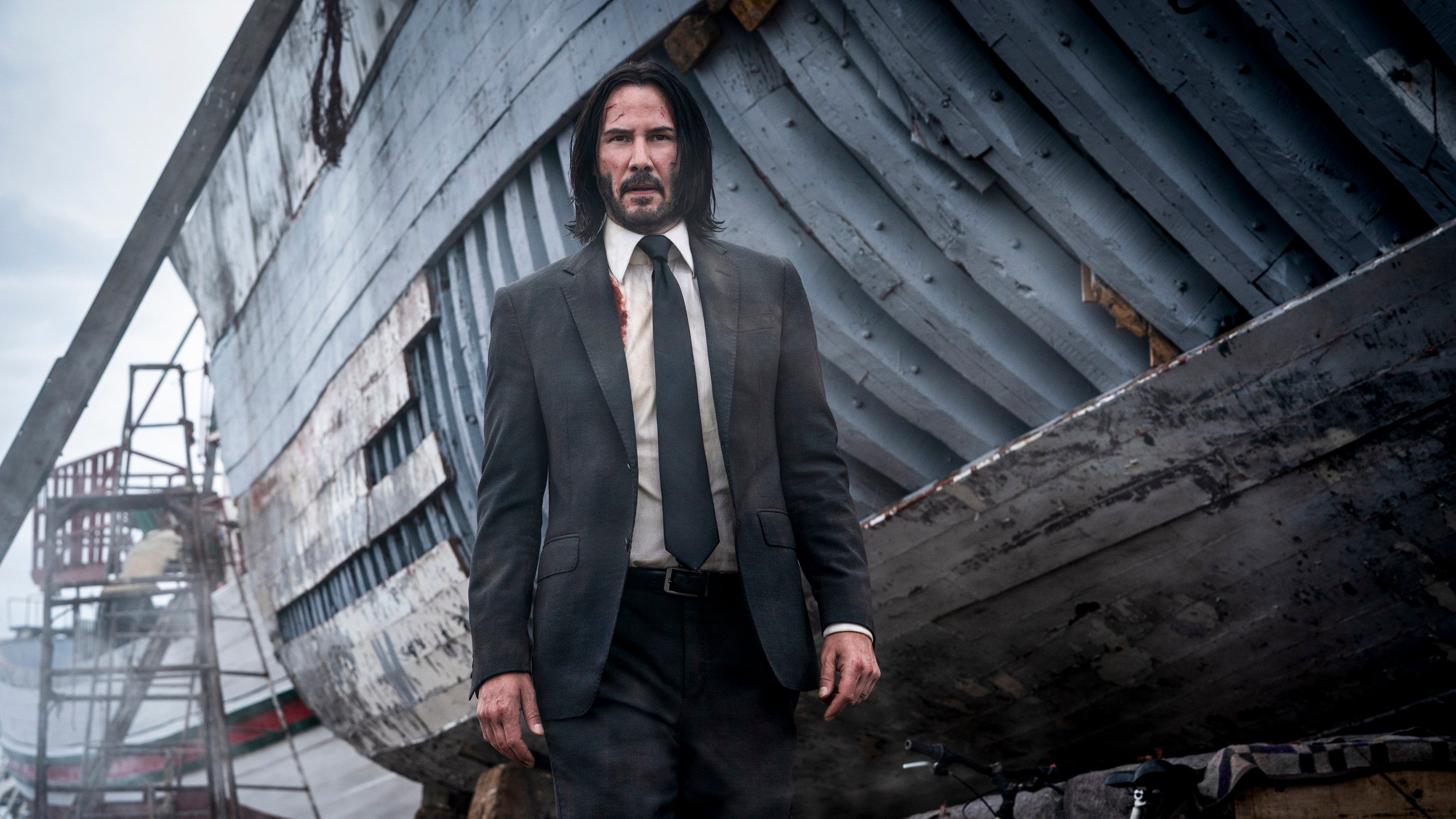 Time is running out for the Master of Death himself, John Wick (Keanu Reeves). After killing his nemesis on the consecrated ground of the Continental Hotel, he’s on the run and ex-communicado. The first film was about revenge, the second about repercussions. Now, as Wick is funnelled through a series of exotic locales and brutal tests, the redemption that the Baba Yaga seeks is one soaked in blood.

By this third instalment, we know what to expect, and part three does not disappoint: John Wick 3 is a true ballet of bullets. What elevates the violence above action-movie cliché is the way its sense of rhythm transcends the action sequences to make the entire film feel like a dance, down to the immaculately-dressed phone operators moving in sync. Space and movement are key to John Wick’s mise en scène; homage is paid to sources as ostensibly unlikely as Harold Lloyd, Buster Keaton and even Andrei Tarkovsky, all masters of cinematic space.

Reeve’s place at the centre of this franchise is crucial. His lines are uniformly delivered with the characteristic flatness that was once considered a shortcoming but is now an endearing facet of his screen persona. For years, Reeves was written off as a wooden performer, but seeing him in the tireless, kinetic frenzy of John Wick (at age 54, no less!), he is anything but stilted. Indeed, Reeves feels inseparable from the role – his naturally loose charm a perfect counter to John Wick’s outrageous violence. Indeed, where the body count must be in the hundreds in this film alone, John Wick is not a cruel nor a sadistic series and Reeves’ persona is essential to this.

At the pinnacle of this new action cinema is John Wick 3. Despite its myriad influences, the film never feels less than fresh – from the visuals of cinematographer Dan Laustsen’s prismatic colour palette to the fight choreography, the costumes styled to the point of fetish, and Tyler Bates and Joel J. Richard’s driving score. Precision, energy, and innovation move the components of  John Wick, but the synergy that comes from their singular motion transcends mechanistic clockwork into vital, aesthetic flow.