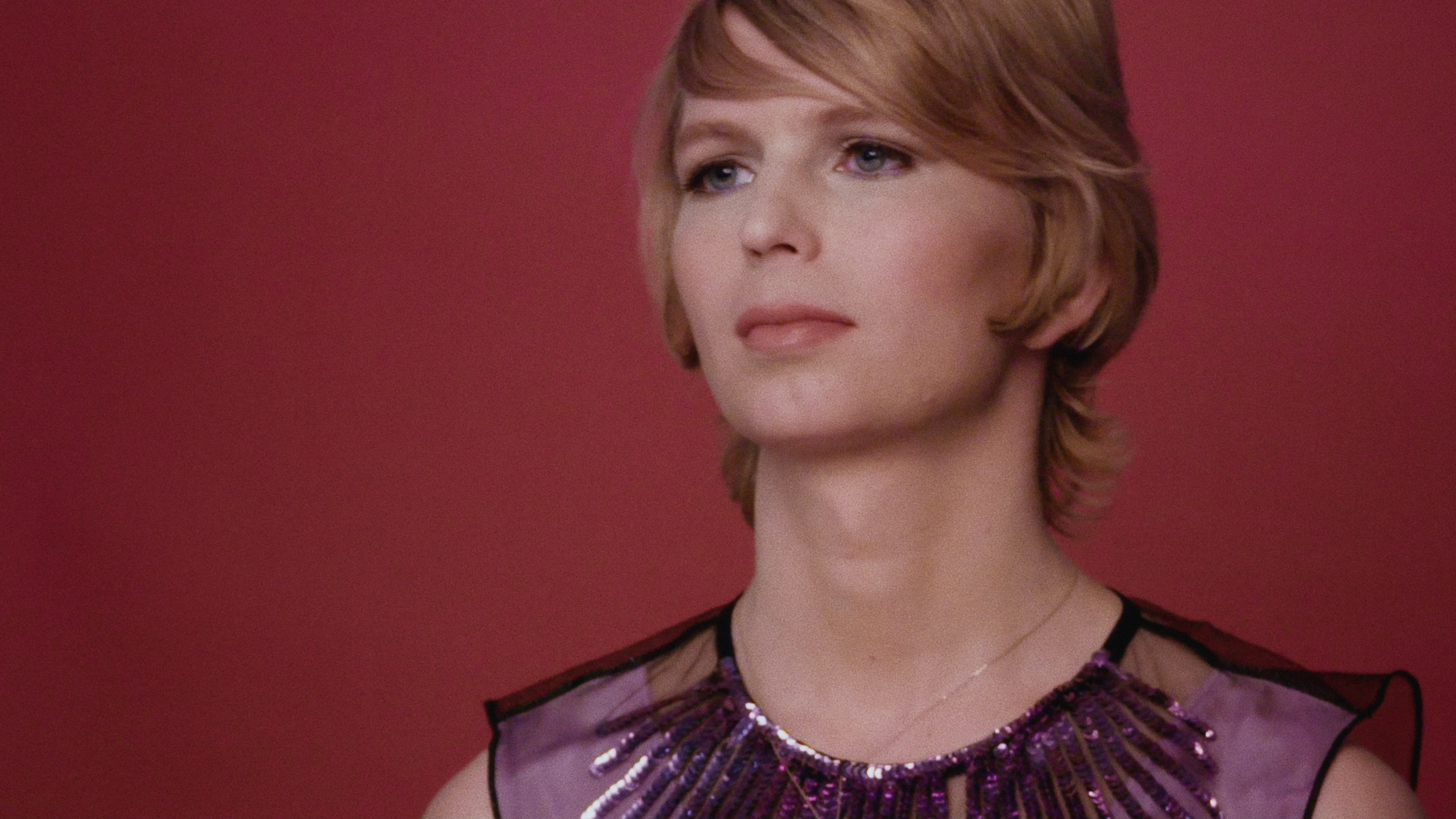 In 2010, US Army intelligence analyst Chelsea Manning was sentenced to thirty-five years in prison after she leaked classified documents and footage of military operations in Iraq. In 2013, Manning (born Bradley Manning) came out as a transgender woman, before her sentence was commuted in 2017.

Through archival footage, reconstructed online conversations and interviews with Manning and her associates, documentarian Tim Travers Hawkins portrays a figure whose trans identity is inextricably tied to her public identity as an activist. It would be easy to focus on the details of Manning’s actions and subsequent incarceration and release, to tell the story of an individual bravely standing against the shady powers of the state and military-industrial complex – a sort of Making a Murderer or The Staircase for the WikiLeaks crowd.

Instead, Hawkins smartly keeps the details of Mannings’ leaks – both in their content and the manner of their distribution – to a tight segment at the film’s mid-point. The effect is to create space for the film to explore something altogether messier and contentious – Manning’s identities as a trans woman and a political activist, and the problematic, even dangerous, ways that her private self and public persona relate.

What is perhaps most remarkable about Manning is just how superficially unremarkable she seems to be: she lacks the charisma and eccentricity of her mentor in absentia Julian Assange – whose own serious misdeeds are kept in the background – and is neither outwardly emotionally volatile on camera or in apparent possession of lifelong political conviction. Yet here she is, prepared to go down for life to expose what she saw as war crimes, undergoing deprivation and inhumane treatment at the hands of her own government. More astonishing still, she was jailed again in 2019 for refusing to testify against Wikileaks founder Assange.

XY Chelsea connects this profound resilience unequivocably to Manning’s gender identity, for which she publicly began her fight while incarcerated in 2013. Her status as a trans woman inevitably fuelled the bear-pit media debate of Manning as traitor versus hero, made yet more volatile by the ever-more divisive battle lines of so-called identity politics. Speaking about facing off against institutions that could and have hurt her terribly, she raises the spectre of Trump and the alt-right deplorables whom he has emboldened: “This is an existential threat [but] I’m not as afraid anymore of saying the things that need to be said. What are they going to? Throw me in prison? Or kill me? They’re going to do that anyway if we let them. I’d rather go down fighting”.

XY Chelsea is in UK cinemas and on demand now. xychelsea.com