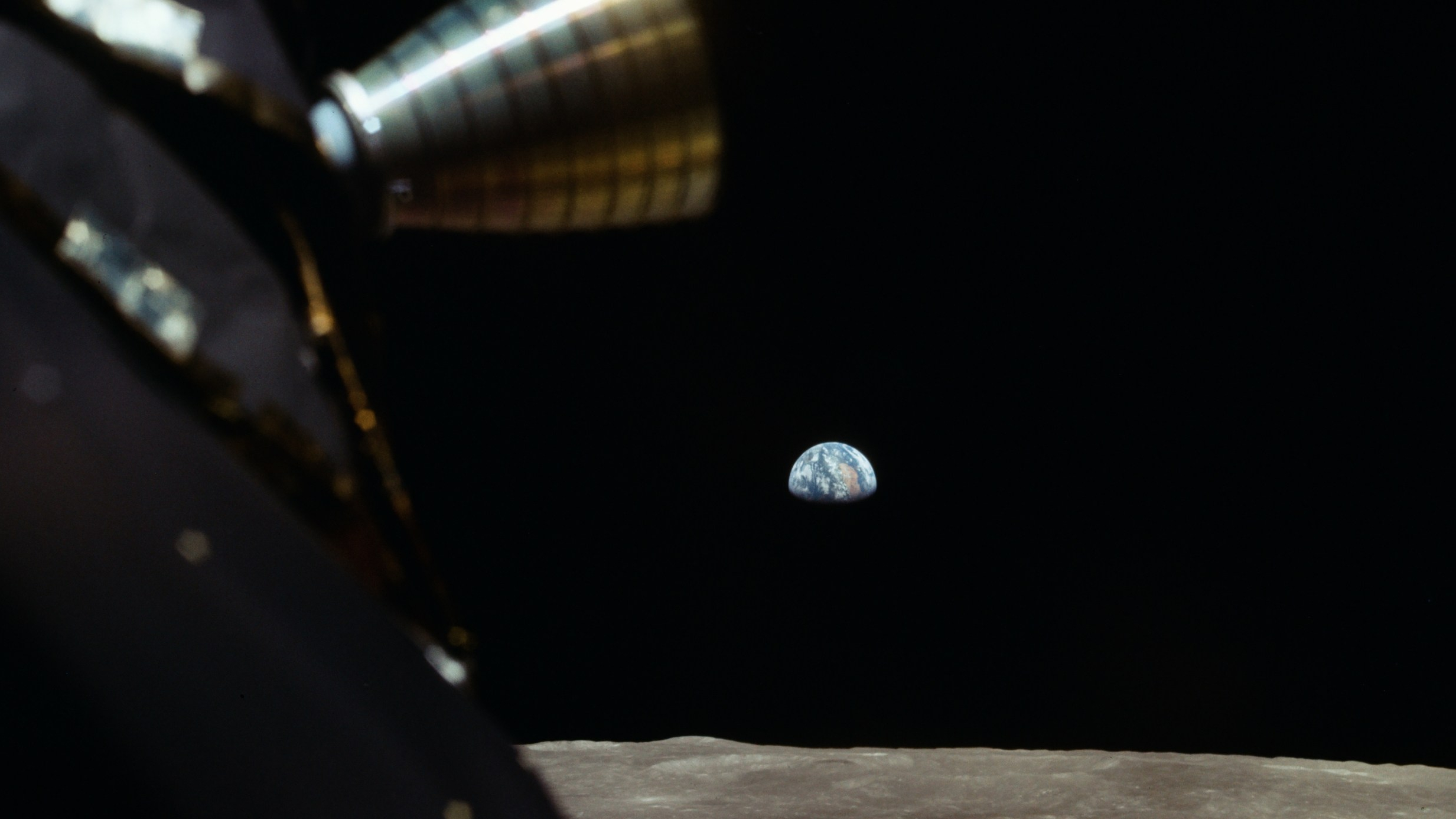 From the first frame to its last, Apollo 11 observes the historic moon landings from a uniquely cinematic perspective. Paying homage to the analogue era by using exclusive footage from the time, transferred digitally from the original 65mm, Todd Douglas Miller’s third feature leaves you in a heady daze of wonder at humanity’s greatest achievement of the modern age.

Going against the grain of an atypical documentary, throughout the whole runtime of Apollo 11 Miller and his team do not select any footage of talking heads. Alongside this, there is a distinct lack of any scientific experts discussing the processes being used on screen. Instead of this rudimentary approach, there is a great emphasis on the moving image to provoke a genuine emotional response to these pivotal images. This specific approach leads to documentary achieving an astounding feat, all playing out in very real present tense.

Divided into four clear sections of our first mission to the moon, the multiplicity of sections gives a unique perspective from all angles. Ranging from inside NASA’s headquarters to hundreds of onlookers observing the launch from across Floria’s Bay area, you are swept away in by the whole occasion. The whole process of launching a human into space feels like a genuine gigantic step in the thousands of people working on the technical and mechanical aspects of the mission. Ranging from a gigantic tank-like machine to pull along the rocket’s base to thousands of clunky computers, the mammoth task feels extremely tactile. Furthering this multiplicity of perspectives, even within the same frame, Miller uses numerous images to articulate the logistical scale of the operation. Adding a visual flourish again unlike an atypical documentary, this style does not override the main substance being dealt with.

From its conception, cinema has constantly informed the way in which the world perceives space. The tactile scenes in space speak to Chazelle’s First Man and Ridley Scott’s Alien. Through seeing the masses of metal being constructed on Earth, before being projected into space, one is quickly aware that all that separates these famous astronauts from infinite darkness are these sheets of material. In Miller’s editing, as well as direction, this atmospheric impression of equal measures of fear and wonder is created. Imbuing the astronauts with poignant flashback images of their lives, the editing creates a poignantly noble impression of these now-icons.

To match the tangible sense of bravery and fear, Matt Morton’s soundtrack is a synth construction that matches the otherworldy grainy archive images. Chiefly in Eric Milano’s sound editing too, the synths pitch up and down with the launch of the mission. On-screen matching the varying pitches of the electronic music, the director deploys a little graphic heart rate monitor, recorded from NASA, of all three astronauts. Upon reaching space, Buzz Aldrin’s heart rate jumps to 155bpm. It’s in this tiny detail that the film yet again weaves a deeply present tense of spectatorship, completely differing from any space documentary one can recall. Further interpolating you into their breathtaking position, the graphic goes a long way to creating a pulsating atmosphere during specific key sequences, such as the launch.

Apollo 11 exceeds all expectations of a seemingly rudimentary documentary on a well-trodden subject. Sitting at a neat 93 minutes, its balance of wonder towards our scientific achievements, whilst maintaining a present tense format, leaves one feeling you have witnessed it all in a wondrous experience. This feat of documentary filmmaking feels galaxies apart from other rival works. With an upcoming documentary focusing on Neil Armstrong, Miller’s celebration of humanity will surely remain lightyears ahead of the competition.

Apollo is in UK cinemas nationwide from 28 June. apollo11movie.co.uk