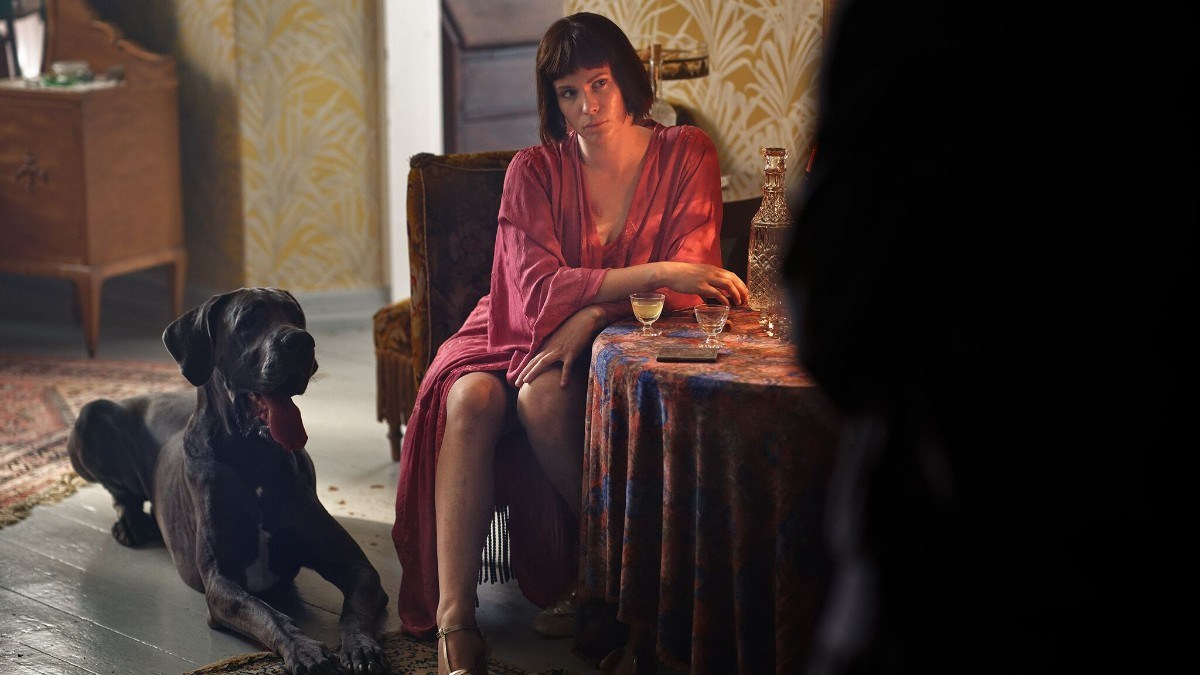 Zaida Bergroth’s fifth feature is based on the real-life exploits of Maria Åkerblom’s Finnish cult. Although its analysis of the nature of devotion and the intense narcissism that drives cult-like leaders is mostly pretty lightweight, Maria’s Paradise is a well-mounted, effective thriller-drama.

Opening as the group, led by the charismatic and elegant Maria (Pihla Viitala), are hounded out of a Finnish town in 1927 to resettle at her enormous country estate, young follower Salome (Satu Tuuli Kahu) finds herself asked to become the leader’s companion. For the low-ranking Salome this means quickly rising through the ranks, but also comes with the ire of others she has leapfrogged over, not to mention the risk of incurring Maria’s wrath should she displease her.

Maria’s dainty appearance and aquiline features belie a ferocious authority – glimpsed in an early scene when she takes Salome to afternoon tea – but on full display during her evening candle-lit rituals, in which her followers watch her in her bed, clad in a white gown and preaching in a trance as if in direct communion with God. No cult is complete without a bit of visual razzle-dazzle, after all. Her name – surely an alias though it is never referred to as such – perfectly encapsulates her arrogance. Not content with being an emissary from the almighty, Maria embodies herself as the Mother of God, just as she subsumes her followers as children.

Salome, her eyes downcast and hunched forward in a kind of awkward supplication, is a true believer, though in what we never quite get a handle: Maria’s Paradise never fully gets to grips with the nature of the Åkerblom cult’s beliefs beyond their devotion to their leader. As Salome grows closer to Maria, her initial fear turns to a dangerous level of inquisitiveness. Salome’s curiosity is hastened by her chance encounter with a pickpocket, Malin (Saga Sarkola), with whom she strikes an unlikely friendship. Saga is the opposite of Maria in almost every respect: sparky, disarmingly vulnerable and sincere, she nevertheless echoes Maria’s charisma, equally drawing Salome’s attention. Saga’s role in the narrative reveals something crucial about the other characters; the attraction of charisma, its power, and its tendency to toxify those who wield it.

A backstory about Maria’s involvement with an attempted murder establishes an important plot development late on in the film, but its apex in the second act distracts from the film’s core thematic concerns. Maria’s mid-point imprisonment and subsequent jailbreak (the real Åkerblom did spend some time in prison) reshapes Maria’s Paradise from an exploration of the thrall in which powerful figures hold their devotees into a fairly straightforward mystery thriller. The film remains solidly entertaining and the final act denouement is thrilling stuff, but it’s the shame that the potential nuance and texture of the first act are lost in the transition.