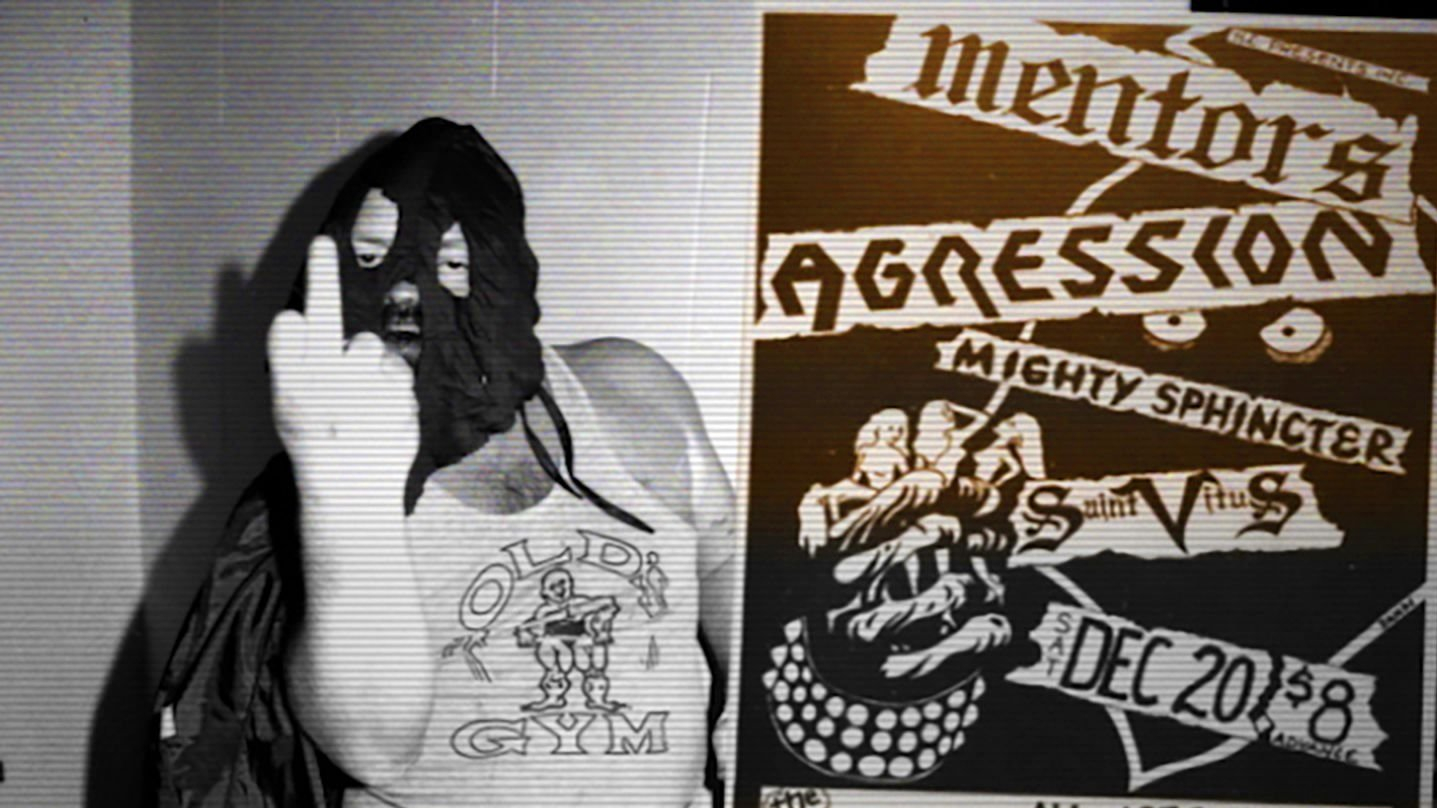 The El Duce Tapes is one of the best music docs to come along in a while. Funny, honest, grotesque and fascinated by a pot-bellied miscreant most would run a mile from, the film is a thought-provoking foray into anti-commercial art and outsider lifestyles.

You might have seen Eldon Hoke before. The musician made a cameo appearance in Nick Broomfield’s Kurt & Courtney. He’s the strange dude who tells the documentary filmmaker he knows who killed Kurt Cobain, and lets it be known the dead rock star’s missus, Courtney Love, also offered him $50,000 to play an assassin. Only a matter of days after Broomfield recorded this segment Hoke, nom de guerre El Duce, was killed on a train track. His untimely death was recorded as misadventure.

Directed by Rodney Ascher and David Lawrence, The El Duce Tapes is hinged on the discovery of archive footage. In the late 1980s and early 1990s, a young actor making his way in the Los Angeles entertainment industry, Ryan Sexton, began recording concerts and interviews with El Duce and his band, The Mentors, on video camera. The poor quality of these amateur enthusiast recordings lends the documentary a scuzzy Harmony Korine-type ambience – as if Ascher and Lawrence stumbled upon the collection in a spooky flea market or skip out on the street.

The Mentors wrote and performed songs primarily about male sexual dominance. El Duce describes their genre of music as ‘rape rock’. The shock merchants penned odes to golden showers, with lyrics such as ‘your face is my toilet paper’. On the LA circuit, they became a cult band, with male and female fans, as the footage attests, attending at their shows. Performing in dive bars and clubs, they rocked out in black executioner’s hoods and used stage names (Sickie Wifebeater, El Duce, Dr. Heathen Scum). Was it all a big joke to get attention and 15 minutes of Warholian fame or the zenith of what we today call ‘toxic masculinity’? The truth is, neither. The Mentors were crafting transgressive art. Think the Marquis de Sade or Georges Bataille as rock music.

Hoke emerges over the course of the film as an emotionally damaged man hellbent on self-destruction and acting the ogre as a way of deflection. For underneath the black hood braggadocio and provocative statements about women, Hitler and other controversial figures, here was a guy with self-esteem issues, that only the bottle could temporarily alleviate. From a conservative middle-class background in Seattle, El Duce was your classic rebellious kid and a man who, ultimately, couldn’t face his demons.

As we chart a course from initial gobsmacked reactions to the band’s comically vile rhetoric to peering behind the hood and getting a more nuanced understanding of what made Hoke tick, The El Duce Tapes becomes increasingly compassionate and tragic viewing. The guy was an absolute mess. Underground music aficionados and those interested in the art of transgression will find this essential viewing.