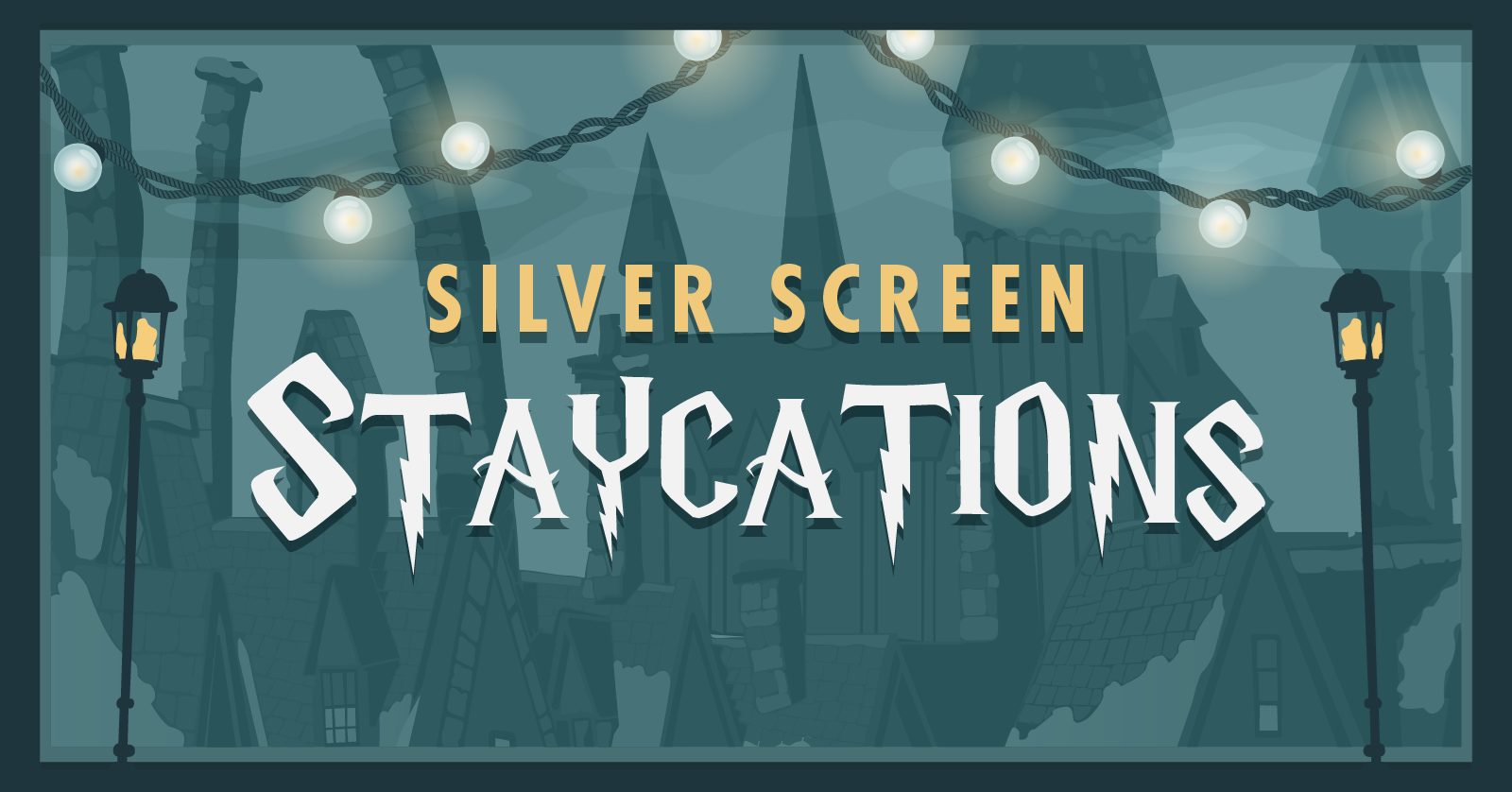 Have you ever wondered what it would be like to actually stay at The Shining’s Overlook Hotel? Or perhaps book a real-life holiday to Jurassic Park. Well, Betway has put together a handy guide to six of the most desirable staycations ripped straight from the silver screen.

The Las Vegas of that galaxy far, far away and prominently featured in the last Star Wars film, The Last Jedi, Canto Bight is the ultimate hub of decadence and depravity. Using a similar, Earthly hangout of the ultra-rich – Monte Carlo in Monaco – as the template, Betway costed up the price based on accommodation, catering and entertainment at the most expensive 5-star hotels in Monte Carlo. Add to that interstellar transportation (here based on Virgin Galactic fares of £200K) and you’re looking at around £334K for a week’s stay. No Visa necessary, which is nice. 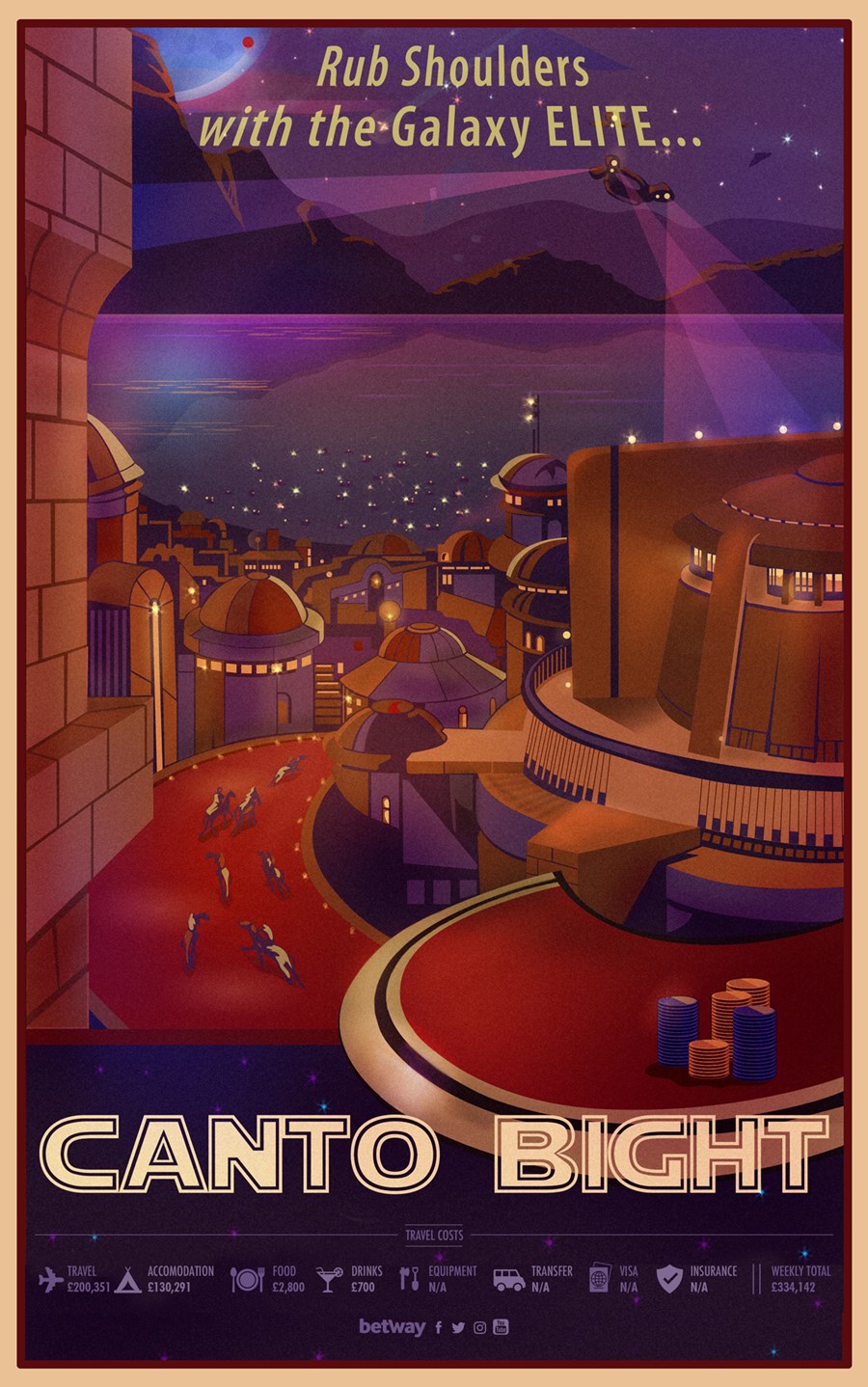 THE OVERLOOK HOTEL (The Shining)

With The Shining sequel Doctor Sleep coming to cinemas this month, what better time to book yourself into the dreaded Overlook Hotel? Perhaps you’ll stay forever…and ever..and ever. Betway has looked to Colorado’s Stanley Hotel, the inspiration for Stephen King’s original novel, as a price comparison. Accommodation and catering costs were taken directly from the hotel’s website, plus economy flights to wintry Denver (£640) and the inevitable mountain transfer (£45). Betway has also included winter sports insurance (£26) and even worked out the cost of renting an axe, shovel and Snow Cat (£462) – just in case you find yourself needing to make a speedy exit. 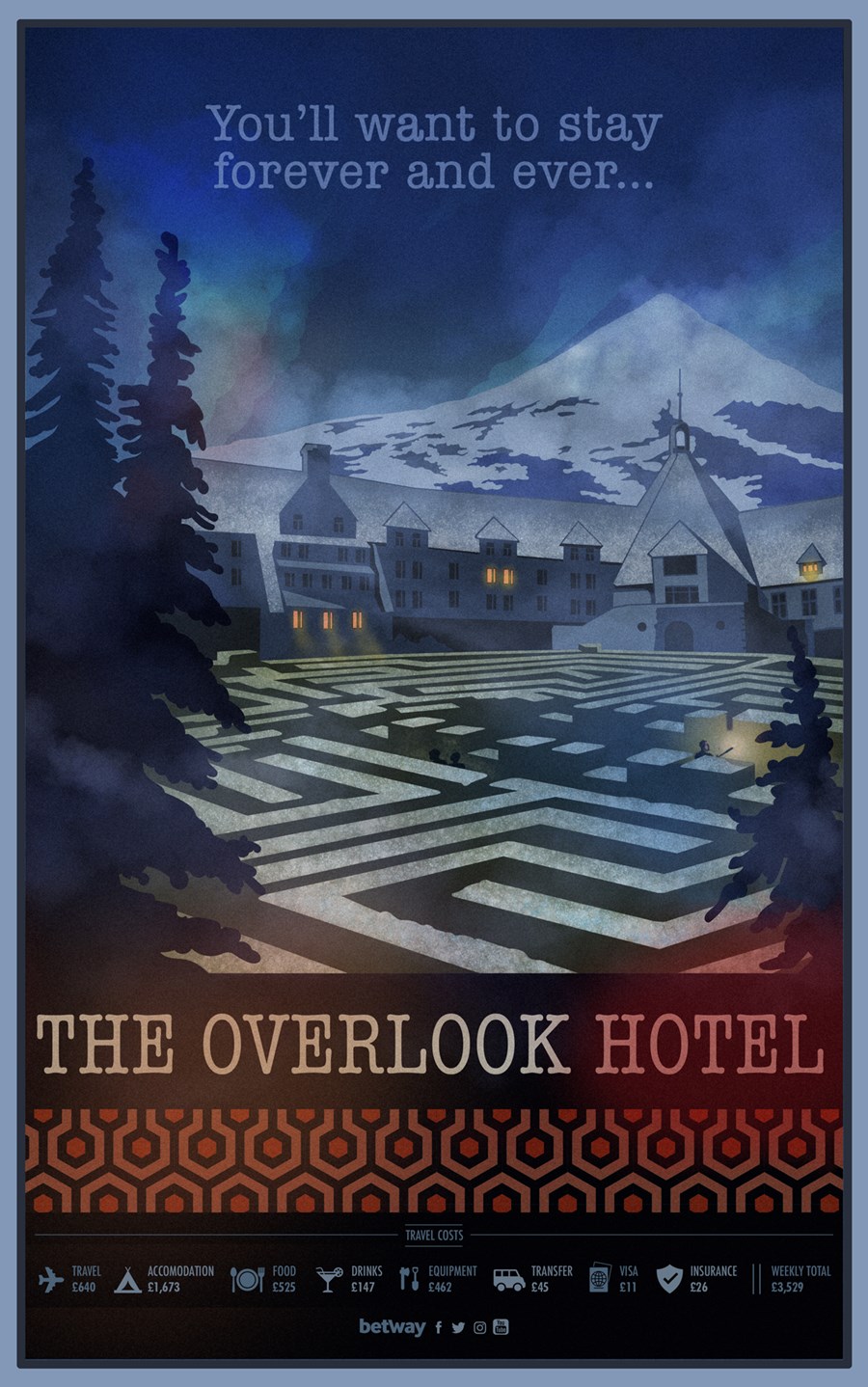 The 2019 Los Angeles as depicted in Ridley Scott’s sci-fi classic Blade Runner bears little resemblance to the Los Angeles of the present is considerably different – and dryer – to the one we know. However, using modern prices to cost up travel and accommodation for Blade Runner’s dystopian LA proves relatively straightforward. Blend that with the cost of eating out in 2019’s Tokyo (£91) – with ramen playing such a key part of Blade Runner’s multi-cultural population, and you’re pretty much there. While we’re still waiting for the invention of hovercars – and assuming Uber are a thing of the past – Betway have also added the cost of a modern car rental for a relatively affordable sojourn. 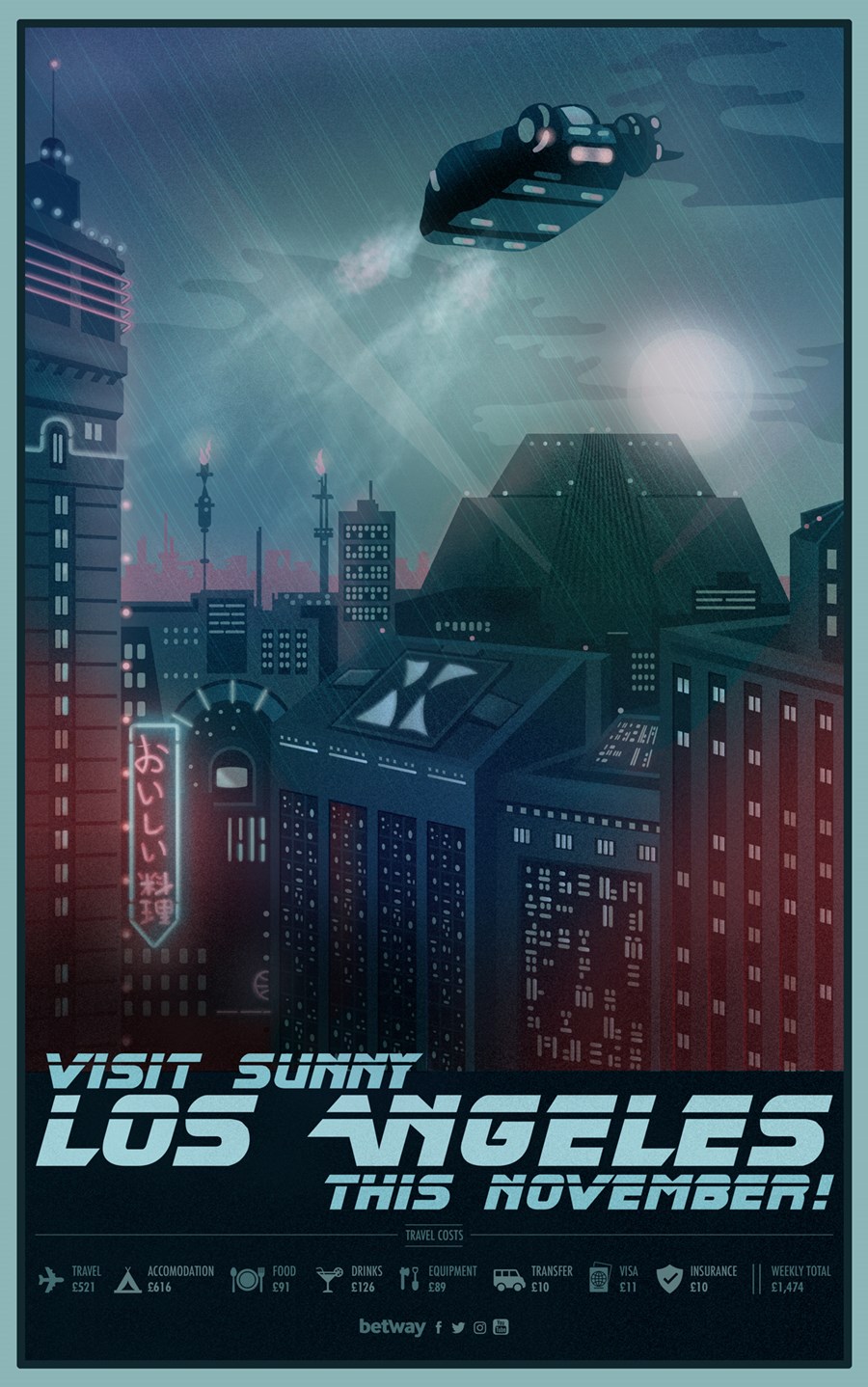 HOGSMEADE (Harry Potter and the Prisoner of Azkaban)

A trip to Harry Potter’s Hogsmeade, with its picturesque cottages and delicious Butterbeer, is definitely one of the cheaper options on this list. Both Hogwarts and Hogsmeade are based in the Scottish Highlands, so Betway calculated all prices based on real trips north. By converting Harry Potter currency – knuts, sickles and galleons – into pounds, eating and drinking out aren’t exactly going to break the bank. Perfect for those on a budget – or afraid of flying via broomstick. 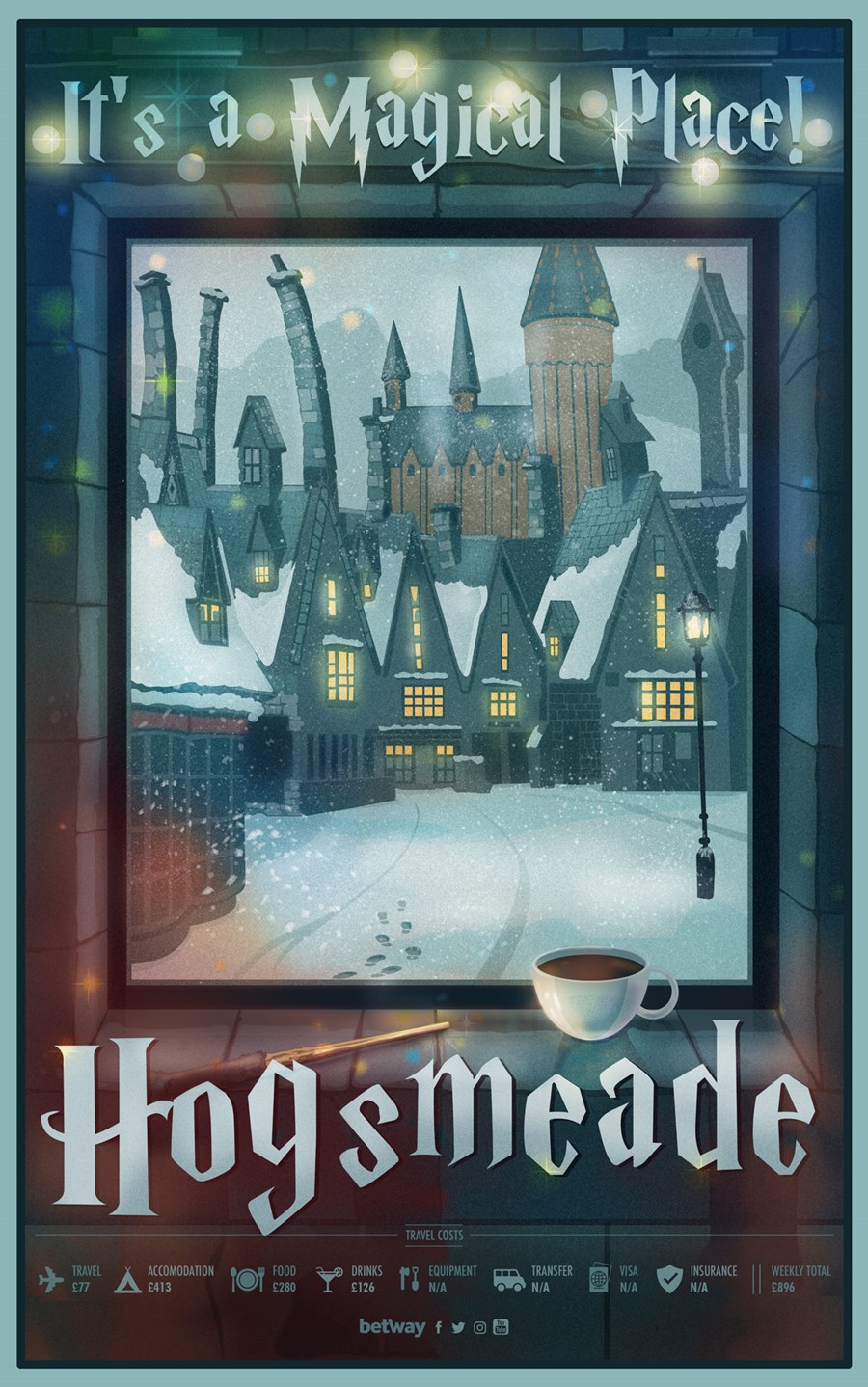 Wakanda forever? How about just seven days? This isolated African kingdom has only recently opened its doors to the outside world and remains relatively untouched by tourists. To cost up a week’s stay in Wakanda, Betway looked its nearest real-world equivalent, Nairobi. British Airways aren’t currently flying to Wakanda so the cost of a private jet to get in and out (£535) have been added to food, accommodation and Visa (£41). Wakanda is open for business – unless your name happens to be Thanos. 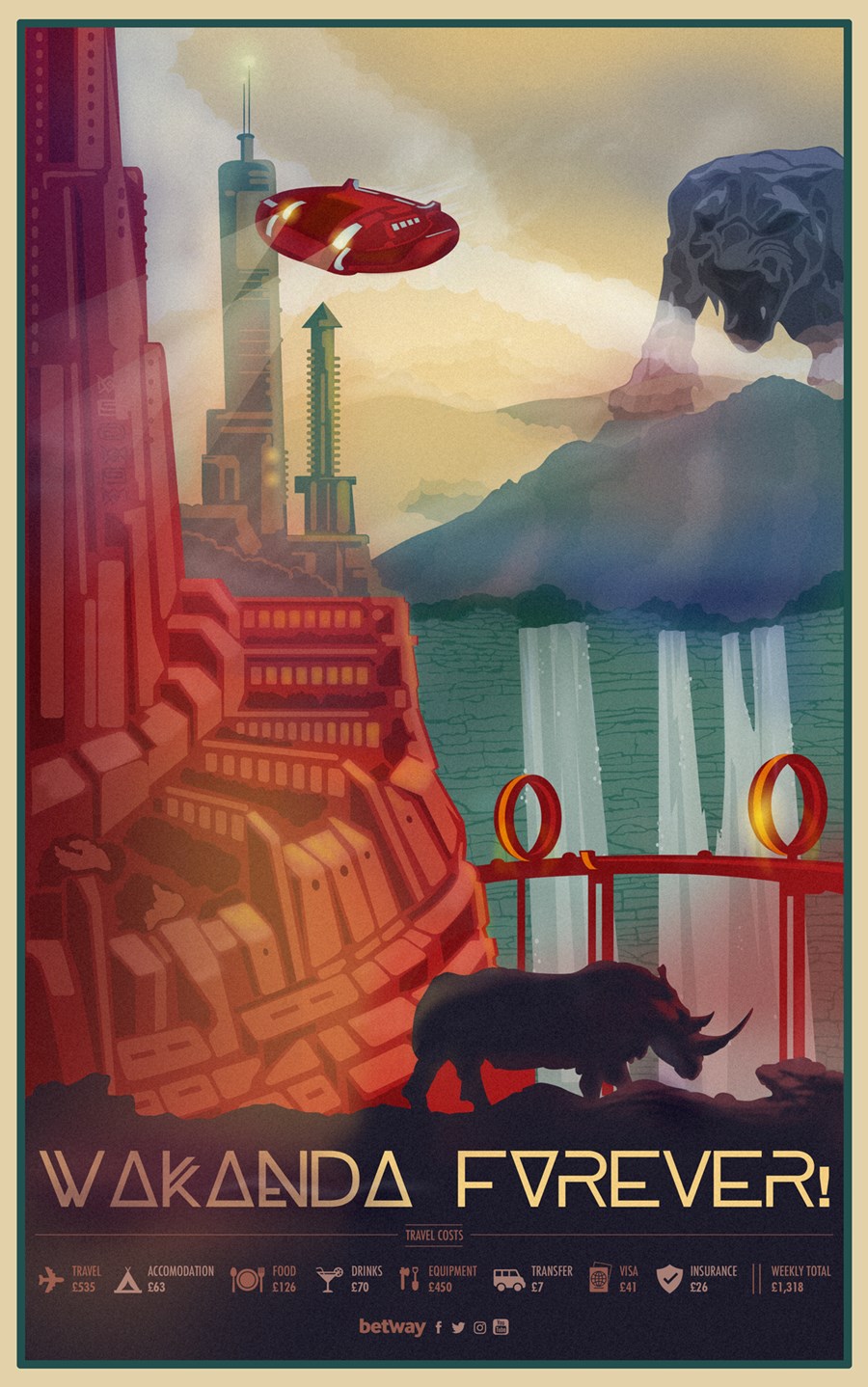 The ultimate theme park experience where dinosaurs roam the Earth once again, Jurassic Park/World isn’t exactly for those on a shoestring budget (no vouchers are available, despite previous promises). Situated off the coast of Costa Rica, jewel-in-the-crown Isla Nublar is a bit of a pain to get to – flights into San Jose, followed by an airport transfer and boat/helicopter (£654 in total). A ticket will set you back around £7,483, the accommodation a whopping £52K and then there are the insurance costs (£205, based on fees for shark cage diving). Jurassic Park may have been 65 million years in the making, but you’ll likely need to save for a similar amount of time before a week there falls into your price bracket. 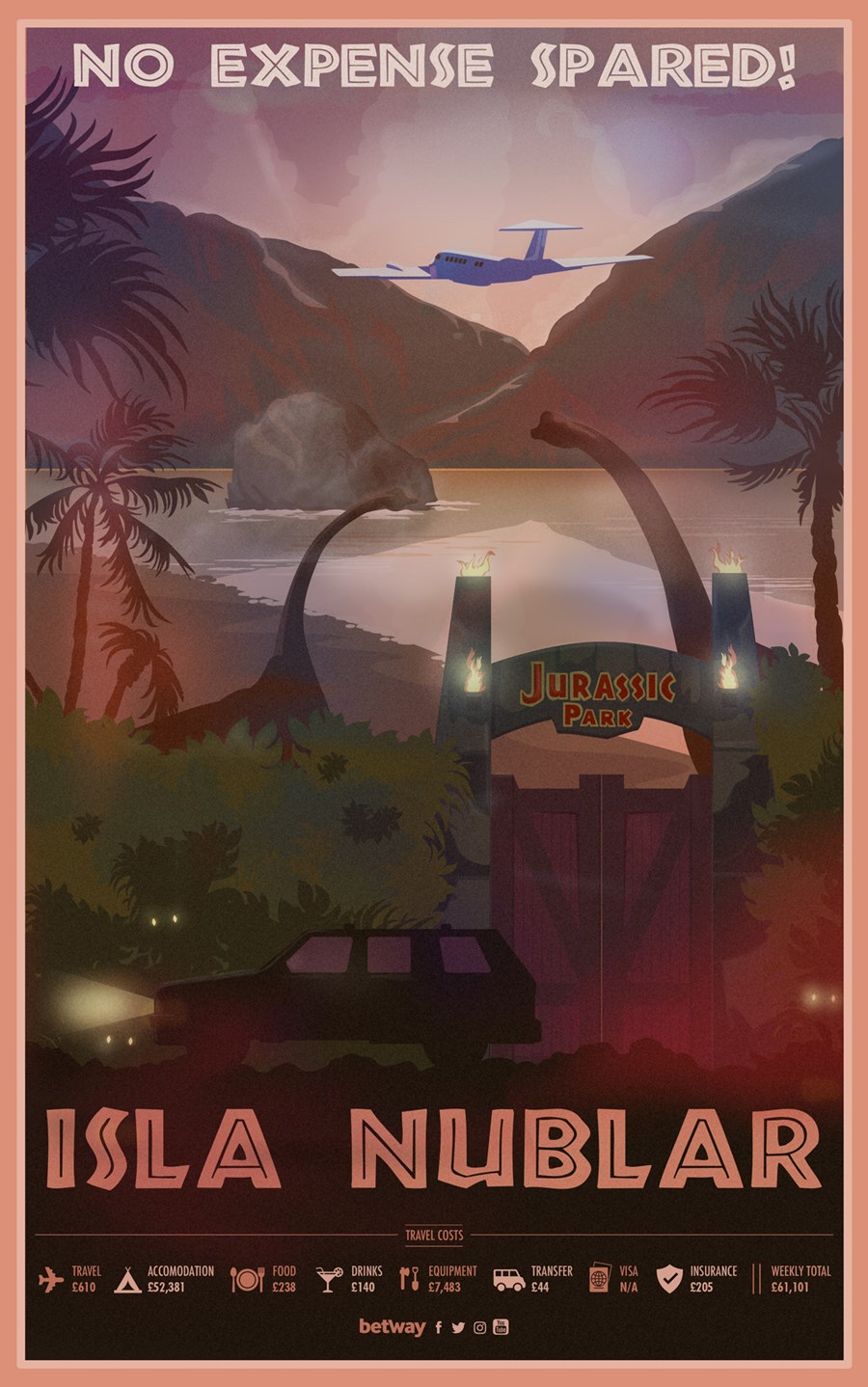