Film Review: Being a Human Person 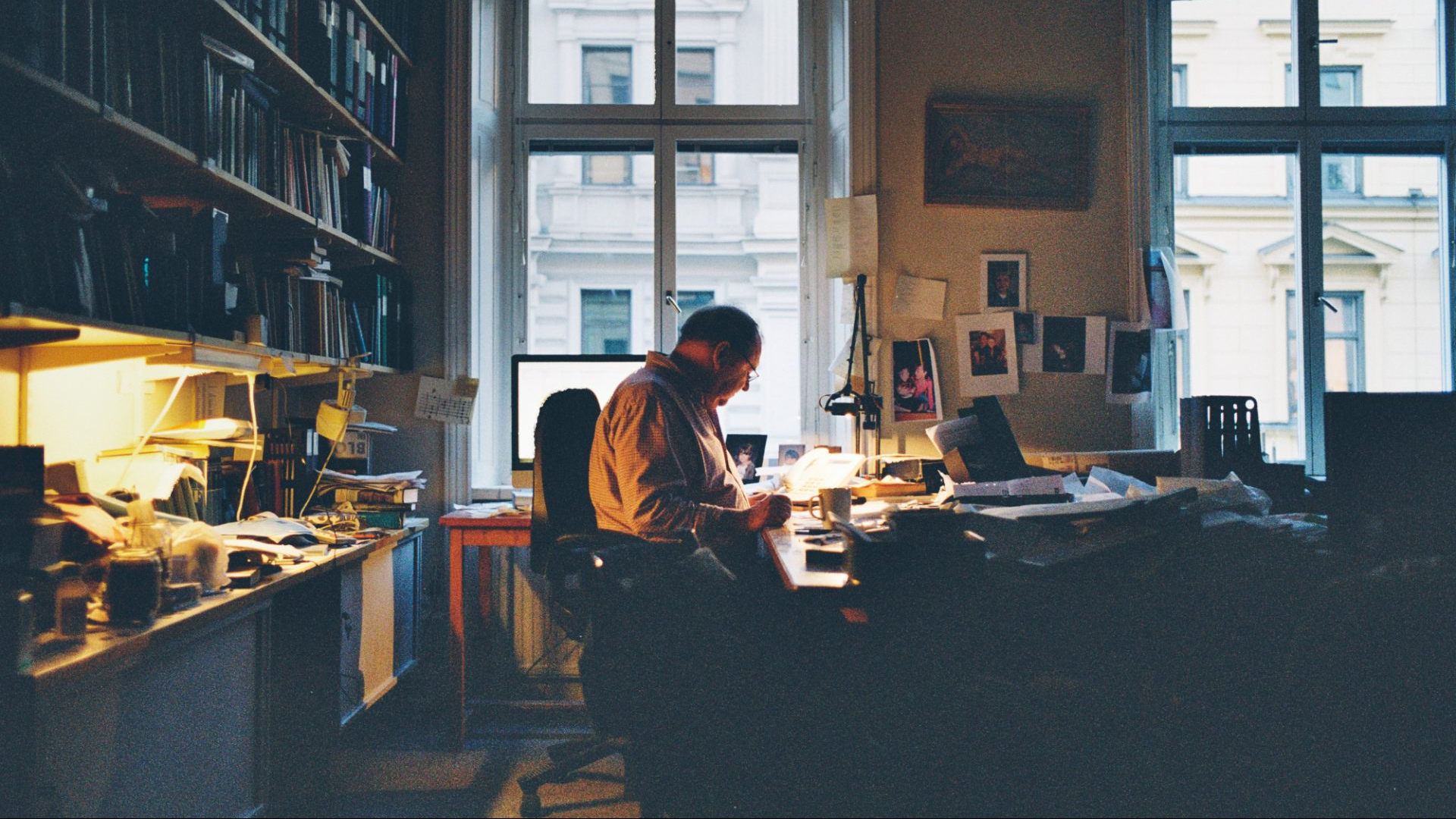 Charting the production of Roy Andersson’s latest and possibly final film, About Endlessness, documentarian Fred Scott explores in his first feature the career of one of Sweden’s most beloved and singular filmmakers. The result is an affectionate and often enchanting tribute that is as in thrall to the affable Andersson as it is compelled to reveal his darker sides.

“Art is important because it deals with the endlessness”, the Swedish director muses on the set of About Endless – aptly titled – though Andersson doesn’t think so much of it, preferring the word ‘inexhaustibility’ but for its heaviness. Nevertheless, About Endlessness met with universal acclaim on its release, and for good reason, too, wrestling with profound questions of existence in Andersson’s typically optimistic, satiric style.

Being a Human Person takes its cue from that sense of optimism and finding the profound in the mundane, if not Andersson’s signature tableau aesthetic. The opening credits, consisting of richly-lit, shallow focus close-ups of set-building set the tone for the esteem in which the film holds Andersson, while revealing its focus on his peculiar sense of craft. Intertitles explain his meticulous method of building and pulling down each set in his small independent studio in Stockholm, each taking about a month to create, shoot and destroy.

It’s a truly old-fashioned method of filmmaking – magical, even – a direct inheritor of the tradition of George Méliès. But where Méliès sent his characters on grand voyages to fantastical places, Andersson’s films have always found the epic, the wonderful and the terrible in the mundane qualities of everyday life. Scott teases out Andersson’s vision of cinema through a canny combination of talking heads interviews, vérité-style shooting and footage of archival footage and Andersson’s own filmography.

Much of Scott’s film focuses on Andersson’s drinking and the problems it continues to cause the production of About Endlessness. While the 75 year-old comes to terms with his decades-long use of alcohol as a routine medication, his production team grow increasingly exasperated at his erratic, unpredictable whims. More than a year after the film’s premiere at the Venice Film Festival, in retrospect it seems all but inevitable that the film would be a critical success, so it’s to Scott’s credit that Being a Human Person is able to draw out just how perilous the production was.

Perhaps Being A Human Person’s most exciting quality is in the way it uncovers Andersson’s unity of vision – revealing the man whom, without contradiction, can chuckle at keeping a pair of binoculars at his window to keep an eye on the local café’s menu, but also depict the most extreme horrors of the Holocaust with unblinking banality. Just as Andersson reveals profound truths about human existence in miniature, so does Being A Human Person discover something of Andersson’s whole in revealing him, synecdoche-like, in part.