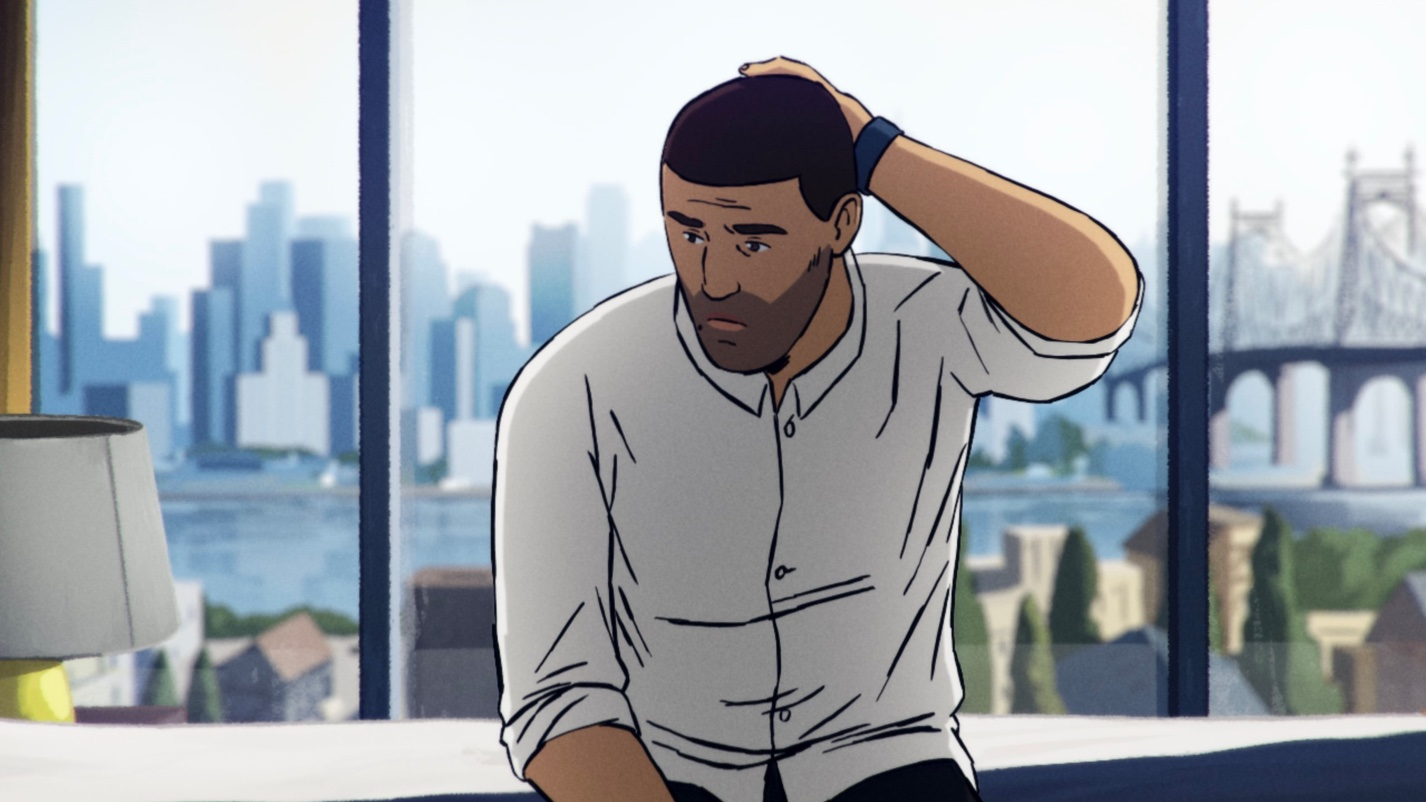 “Who do I save first if the boat goes down?” On a clandestine trawler taking on water as it traverses the Baltic Sea between Estonia and Sweden, a young man asks himself an impossible question under desperate circumstances. Not acknowledging the fact that he himself cannot swim, would he attempt to save his brother or mother from an icy death? There’s no way he could rescue both.

One of many such moments of harrowing recollection in Jonas Poher Rasmussen’s Flee, these are echoes from horrors of a past that cling to Amin. He is the central figure in this sincerely moving, thought-provoking exploration of his family’s flight from the Taliban’s tyranny in Afghanistan. Blurring traditional boundaries of documentary with rich, beautiful animation in many shades and colours, the Danish director has a great deal invested in telling this story.

Whereas Rasmussen’s personal relationship with Amin – the pair have been close friends for twenty-five years – could, with other subject material, have engendered a certain bias or lack of objectivity in the filmmaking, his compassion and patience with his interviewee is vital. For this is the first time that Amin is telling the whole story, the truth, to anyone, anywhere.

Lying on his back, looking straight up at a fixed camera positioned to capture his head and shoulders, the main thread of Flee consists of a kind of confessional, therapy almost. Amin closes his eyes, and responds to Rasmussen’s questioning in a troubled, dreamlike state of recollection. Now long settled in Copenhagen and on the point of buying a house and marrying his partner, Kasper, Amin must come to terms with all that happened in his past in order to plan for his future.

Without the closeness, the openness and ease that comes with a level of trust developed over many years, Flee would not have been possible, let alone be as affecting as the final result turns out to be. Warmth, humour, friendship and love contest with trauma, memories long buried and Amin being blocked in a kind of perpetual restlessness by secrets from which he cannot escape. His clearest memories appear sketched in vivid colour.

Anecdotes and key events of a happy childhood and home life in Kabul are bright and striking, but turn to darker, more subdued shades as external events threaten his family. Years spent in Moscow are similarly bleak as the struggle to survive, to stay together, went on interminably against a corrupt, brutal police force and government. Library footage of the Russian invasion of Afghanistan, political assemblies and addresses by former President Mohammad Najibullah are woven seamlessly into the film’s fabric. They provide a broader context but by no means dominate; the narrative’s primary focus is Amin’s family and their experience.

Charcoal drawings, in greys and stark black lines, that depict visions, perhaps events that Amin did not witness first hand but imagined, are often blurred, haunting and nightmarish. And Flee’s purpose, as well as Amin’s own by offering up his personal story, is to come to a kind of acceptance, a much-needed catharsis, by freeing his mind and getting a great deal off his chest. Fully understanding his own sexuality and contemplating how he would come out to his family was one stage of the process. Detailing his family’s fate and the role that he played in it, from boyhood to now being well into adult life, is the missing part of a puzzle that he must complete before his image becomes whole.