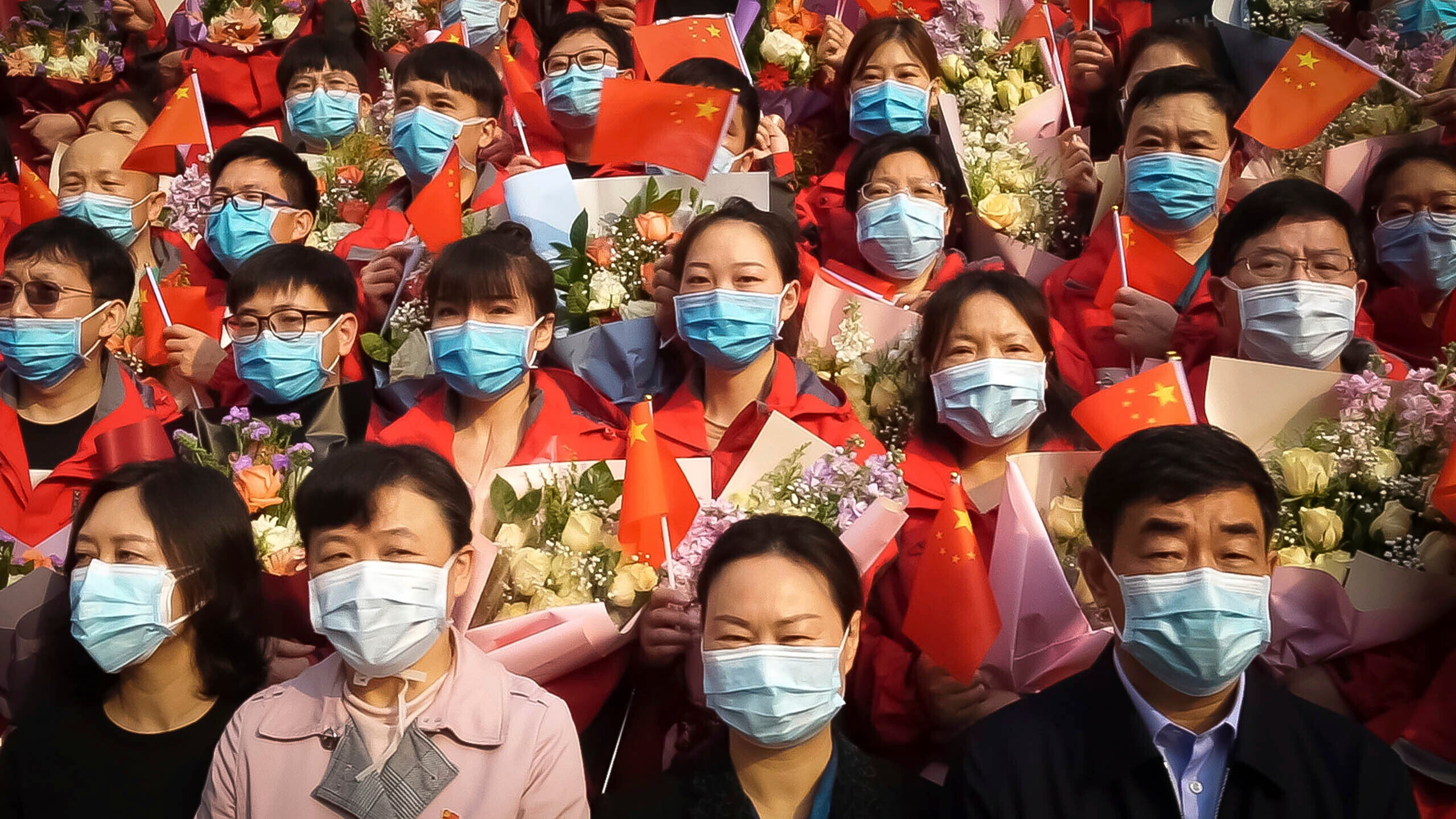 In the Same Breath, Nanfu Wang’s searing expose of the origins of the ongoing coronavirus pandemic and its pursuant handling by the Chinese and U.S. governments, is a film of contradictions, conflict and cover-ups. A galling, distressing but enthralling documentary, it opens and closes with New Year’s Eve celebrations in Wuhan, the epicentre of the disease’s outbreak.

Between these parallel events, Wang’s latest film – and her third to premiere at Sundance – pivots from normal to the ‘new’ normal, life to death, truth to lies, freedom of speech to censorship. And it is in investigating the gulf, sometimes the fine lines, between these diametrically opposed ideas and systems that the Chinese-American director attempts to shed as much light as possible on 365 fateful days. Crowds gather, balloons go up and bright lights announce the arrival of 2020.

Heralding it as a “landmark” year for his nation, President of the People’s Republic of China Xi Jinping could not possibly have known what was to come next – or did he already? The signs were there, if you knew where to look. Social media posts of people dying in the streets; WhatsApp chats between concerned scientists; video footage from December 2019 at a clinic within shouting distance of the Huanan Seafood Market, of people presenting with fever, shortness of breath, chest pains.

Arrests are made over rumours of a new, aggressive form of pneumonia, government censors delete images and – in one truly chilling moment – nine state media broadcasters parrot the same words simultaneously. From warning signs in early December, not until 23 January would Wuhan go into a full lockdown. Leaving her son behind to celebrate the Chinese New Year with his grandmother in January 2020, Wang watches on in horror from New Jersey as the situation develops in her native country.

An extraordinary amount of information and testimony is obtained from journalists, terrified medical staff and citizens losing their family members from behind the dark shroud of Chinese propaganda. The director’s personal interest in understanding and exposing these matters fall on deaf ears in the US. Lessons are not learned, or warnings heeded, and as the pendulum swings Stateside, it’s already too late. With New York City following exactly the same trajectory as Wuhan, the symmetry to the government’s downplaying of the virus, and particularly its transmissibility, is terrifying.

The crunching of data and precise, clear argumentation lays the groundwork for In the Same Breath to shock and inform. But it is the first-hand accounts of medical staff and bereaved family members where this film reaches another level, and really leaves its mark. Perhaps more so than with any other feature showing at Sundance this year, carefully chosen words critiquing Wang’s documentary and assigning a star rating to what is an exemplary piece of filmmaking are rather arbitrary. This is essential viewing, most particularly for those who have doubted, questioned or downplayed Covid-19.

We will, one day, be able to move from before to after this pandemic, but should we ever go back to normal? And how will we help and rehabilitate the physical and mental trauma of those who have suffered most at the hands of this deadly virus?