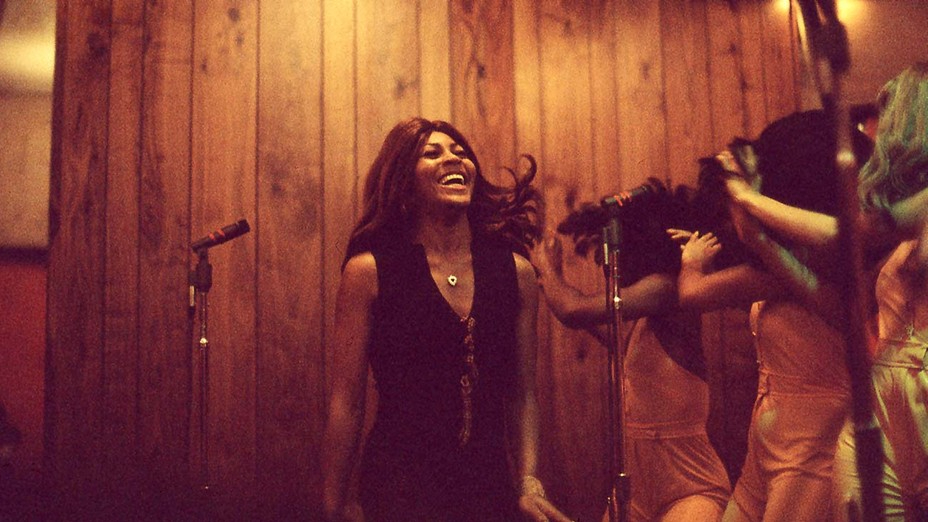 “Things are not always the way they look, you know.” Behind the forced smiles and false bonhomie of replies to inane talk-show hosts, hidden truths lie. Daniel Lindsay and T.J. Martin’s Tina digs deep into the past, the resilience and the courage of an extraordinary woman.

Unafraid to ask the tough questions where needed, the latest collaboration from the directorial duo who brought us LA 92 is impressive in its scope, masterful construction, behind the scenes access and – above all – remarkable honesty of its subject. Born to humble beginnings as Anna Mae Bullock on 26 November 1939 in Brownsville, Tennessee, here was a girl who doubted her talents and whether she was pretty, who was abandoned by both parents at a tender age, and who would go on to be one of the true greats of musical history.

That woman is, of course, Tina Turner. Big hair, bigger dance moves and a voice like a howitzer, the film opens with Turner doing what she does best, entertaining a crowd of tens of thousands. However, far from being a concert picture or fawning hagiography, Tina is a warts, bruises and all interrogation as much about abuse suffered away from the bright lights as the successes deservedly brought by hard-fought fame and fortune. It would take five years after Turner’s highly-publicised split from husband Ike for her to even attempt to set the record straight in a landmark interview with People magazine’s Carl Arrington.

Cassette-deck recordings of their 1981 meeting, and interviews with Turner conducted at her home in Zurich in 2019 form the backbone of Lindsay and Martin’s documentary. Covering her childhood until today, the film is loosely divided into five chapters, each speaking to a key element or era of her life. The colossal amount of material could easily have overwhelmed the directors and editing team (of Martin, Taryn Gould and Carter Gunn). However, talking head testimony, photography, library footage from the 1960s until today and contemporary imagery shot to visually represent Turner’s recollections, is all so skilfully sewn together that the end results shimmers like one of her trademark sequin dresses.

“I was living a life of death,” says Turner in discussions with Arrington, referencing the sixteen years she spent with Ike Turner. The emotional, physical and financial control he exerted over his wife, and the beatings and forced sex which she endured make for very tough viewing. The more we hear, the more our perception of frequently inserted magazine shoots and public appearances changes. A picture may paint a thousand words, but it was the tip of an iceberg of abuse and unending intimidation that occurred behind closed doors.

But even in having the courage to be part of the first generation to “break the silence” over domestic abuse, Turner was never fully able to escape her past, and the man to whom she was so unhappily married for so many years. In spite of ballooning success and global renown – long-time friend and manager Roger Davies is a key figure throughout – interviewers persisted in asking of Ike, their marriage, their divorce, what was he doing now?

The irony in Tina is that Lindsay and Martin both show old footage of Turner fed up with the constant inquisitions, but also use large portions of the film to explore precisely this topic. Yet there appears to be less resistance this time out. Testament to both the filmmakers and a great woman now seemingly at peace with her long and difficult past, Tina is a documentary well worthy of its star, an untamed, unparalleled force of nature.

Tina airs 28 March on Sky Documentaries and NOW TV and will be available via altitude.film.