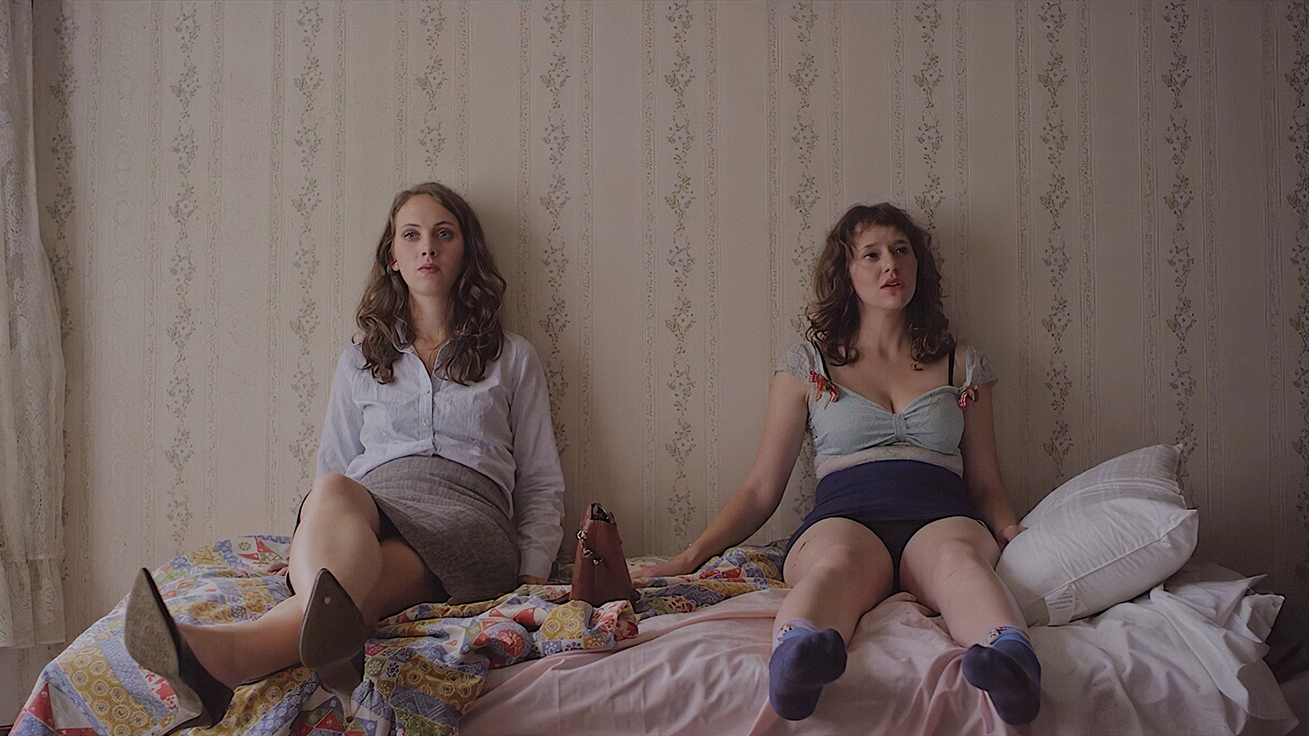 In spite of two very game central performances by newcomers Baize Busan and Allison Torem, Bradley Grant Smith’s Our Father is the flattest of family drama-comedies. Learning of their father’s death, estranged sisters Beta (Busan) and Zelda (Torem) are thrust back together. Forced to confront their – entirely unexplained – differences, as well as frosty relations with extended family members, an unexpected discovery is made as they come to terms with a loss that no-one seems all that upset about.

“I’m not as sad as I wanna be,” says newly unemployed, newly single, polite and proper, Beta. Living out of her car after the break up, she’s off to grad school at Yale on Monday, but has to sort one or two things out before she goes. Younger sis Zelda, who hasn’t been paying rent to her snarky, but concerned old landlady, watches porn, draws cocks on a pad on her desk and climbs in through her bedroom window like a teenager. Not exactly two peas in a pod, then. With nothing in common other than long, curly hair, the history between these two will be left completely up in the air.

The same goes for the old man’s suicide. We’re left to assume that it was due to loneliness – maybe illness? – but no questions are asked and no explanation proffered. The constant dissociation of characters and plot makes it tough to maintain interest. The two girls, daughters of an extended hiatus/affair had by their dad with Mona – who we know nothing about other than her name – in between a marriage to Jane (a formidable Ann Whitney), have three half-brothers who are Pervy, Crass and Caring.

Aiming for something by turns quirky, bittersweet and potentially profound, though there may be moments where Smith’s script does lay a level of genuine sadness beneath the wisecracks, the awkward, laboured humour, which lands with a thud at intermittent moments, just isn’t funny at all. On a more serious note, the reasons for Zelda’s self-harming – cutting her inner thigh and pressing a heated blade onto her stomach – and recent problems with drugs, are also left unexplored. Given the seriousness of these elements, this plot ellipsis is the most troubling for its absence.

Zelda crashes with middle-aged sailor-turned-set designer and boyfriend, Henry (Tim Hopper) from time to time. With no idea that his 23-year-old girlfriend even has a sister, he is one of the only secondary characters to display any kind of compassion or kindness, so it’s a pity he’s on screen for no more than a few minutes. The big bombshell, and sole reason the sisters seem to spend any time together, is the knowledge of an uncle they never knew existed. This intrigue, and a search that never leaves the city limits, isn’t enough to sustain this film.