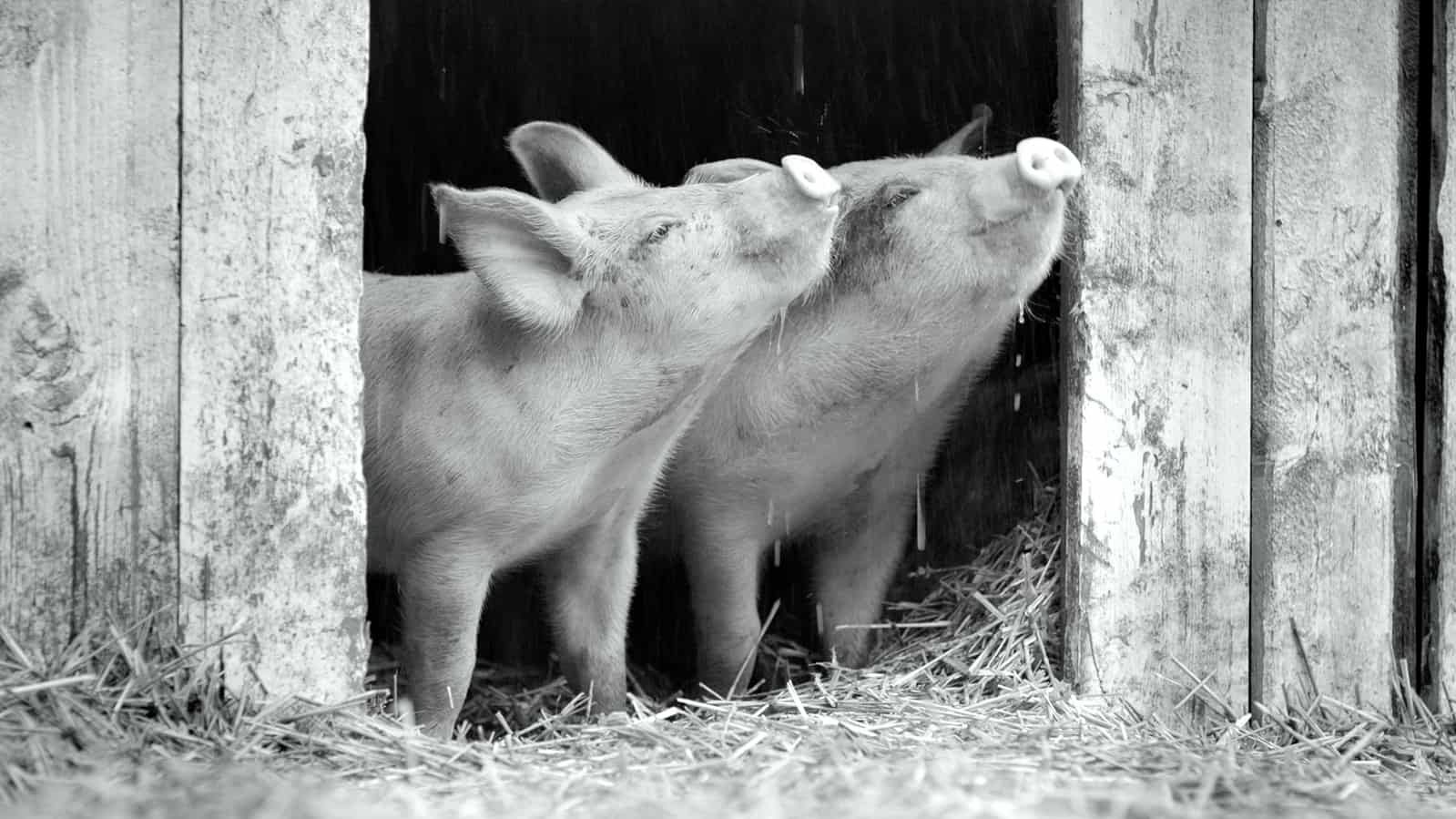 There’s a joyous moment just after the hour mark of Gunda where two piglets experience rain for the first time. Sneaking to the threshold of their warm abode, full of curiosity, they look to the sky, and instinctively, playfully try to catch the falling droplets in their mouths. Full of pure, wondrous innocence and exploration, Viktor Kossakovsky’s latest film is rife with such images.

Without commentary, or narration of any kind, through its exquisite shot composition and animal’s-eye view of life, Gunda draws invisible lines between man and beast in ways brutal, bleak and beautiful. And who are the true beasts? Whether the Eden-like settings and circle of life here have a vicious end is of ever-present and growing concern as we are left almost hypnotised by this visionary documentary. The opening shots are a picture and sound of tranquillity.

But the gentle tweeting of birds and what at first appears to be the eponymous sow snoring are soon interrupted by a chorus of squeaks. Taken inside for a closer look, we learn that Gunda is in the process of giving birth to a litter of piglets. With eyes opening for the first time, siblings falling over one another in an attempt to suckle, a clumsy feeding frenzy is followed by a contented, collective food coma and well-deserved nap for mum. The peace and intimacy of this opening sequence is rich and hypnotic. With Kossakovsky undertaking joint camera duties alongside cinematographer Egil Håskjold Larsen, we are here – up close and personal – at the very first moments of lives beginning.

The stunning, extraordinarily crisp black and white footage imbues the whole film with a striking timelessness, and yet – perhaps conversely – paired with an incredible sound design, it somehow draws us to identify more closely with the animals on screen than would have been the case in colour. Likewise, though filmed on farms in Norway, Sweden and the UK, the where and when of Gunda are unimportant. Frequently static or very slowly panning camera positions, which allow Gunda and her offspring to roam in and out of shot, create painterly tableaux vivants. Learning there is further life elsewhere, we cut away to a crate of chickens.

The door is ajar and we sit – at ground level – and watch them tentatively explore their new surroundings, deciding whether they dare strike out on their own or maintain safety in numbers. Here, the camera tracks a one-legged chicken as it struggles with life out in the wild. The crunch of twigs underfoot, sound of wind rushing through grass and trees, a passing bee which distracts attention, place us firmly in their point of view. Key to our experience of Gunda is Kossakovsky’s magician-like positing of our human thought and emotion on the experiences of these animals.

What would we do if we came upon an insurmountable wire fence? Should we be afraid of that distant banging or whirring of a buzzsaw? We see no humans throughout but their influence is inescapable. When Gunda winces after zapping her snout on an electric fence, she is comforted by concerned children. Cows are released for a run around in a field and jump for joy, giddy with freedom and excitement. It is hard to fully articulate how, but Gunda is as much a damning meditation on the human condition as it is a glowing, thought-provoking portrayal of a mother’s love for her children, a sow’s love for her piglets.