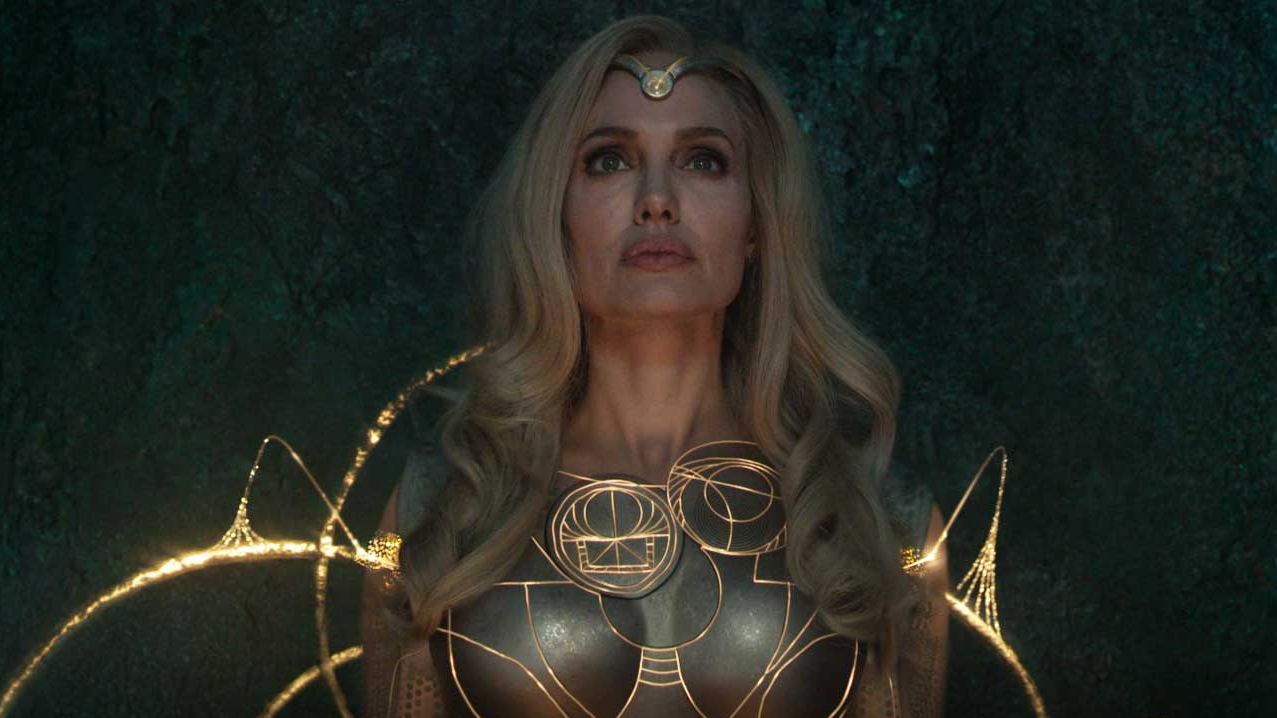 The Eternals are an ancient race of guardians, bidden by a collective called Celestials to protect the Earth from the Deviants: monsters from deep space who threaten to destroy all life. Led by Ajak (Salma Hayek), the Eternals have protected humanity for centuries, waiting to be called home to Olympia. But all is not as it seems, and our heroes, spread across the globe, are to learn there is more to their Earth-bound mission than they thought. It’s up to Sersi (Gemma Chan), Ikarus (Richard Madden), and their disparate friends to uncover the mystery and stop a threat much greater than the deviants.

The MCU has long been criticised for the drabness of its visuals, from the washed-out colour palettes in supposedly colourful worlds to uninspired action sequences shot by second units. Uber-producer Feige clearly sees Zhao as his secret weapon against the charge of mediocre cinematic vision. And it works, up to a point. Damning with faint praise, perhaps, but there’s no doubt that Eternals is far and away the best-looking entry in the MCU to date, helped in no small part by the decision – fought for by Zhao – to shoot on location. The richness and texture that Zhao brought to The Rider and Nomadland’s landscapes is in evidence here, from a key scene’s ranch in dusk-lit South Dakota to the climactic showdown on a beach, aptly framed by an erupting volcano and a sleeping, gargantuan terror.

The promised epic scope is delivered too, with a story that spans millennia and offers glimpses of the Celestials, billion-year-old gods the size of continents who control the ebb and flow of life in the Universe. Against this backdrop, even Thanos and his infinity stones seems like small stuff. So why, then, does Eternals never feel as gargantuan as it should? Why does its nearly two-hour and 40 minute runtime feel padded and meandering when it should feel full and expansive? Part of the problem is in rooting all the key action in the present, which leads the frequent flashbacks to Ancient Mesopotamia or Babylon just feeling like exposition dumps, grinding the present day story to a halt.

The present day sequences fare better – especially when the film allows itself to slow down, but only fitfully. The trappings of Zhao’s signature style are there, and indeed there are a handful of shots comparable to the evocative compositions of her other work, but too impatient is the film to get us to the next bit of exposition that it ever allows us to just feel what is on screen. Dangling plot points, limited chemistry between the cast and a superfluous love interest existing purely to set up a sequel all distract from Zhao’s touted visuals. Compounding the problem is Eternal’s drab, off-the-shelf score, which always seems to interject just at the moment an authentic emotion threatens to keep us in the moment, telling us precisely what we’re supposed to be feeling instead of just letting us, you know, feel it.

There is a great deal to admire about Eternals: on the surface at least it really does feel different from much of the rest of Marvel’s output and the film makes a game gesture towards an interesting ethical quandary about what the greater good means on a cosmic scale, while the uniformly god-tier gorgeous cast bring a heap of talent, humour and pathos to their colourful roles. Twenty-odd films in, the studio remains about the best there is at what it does: even a middling entry is still going to be a broadly enjoyable and entertaining ride. Eternals should be commended for the positive creative decisions it has taken and in allowing at least some of Zhao’s directorial vision to creep in. For all its flaws, it is far from the worst entry in the MCU, but it is, perhaps, the first of Marvel’s films to be less than the sum of its parts.