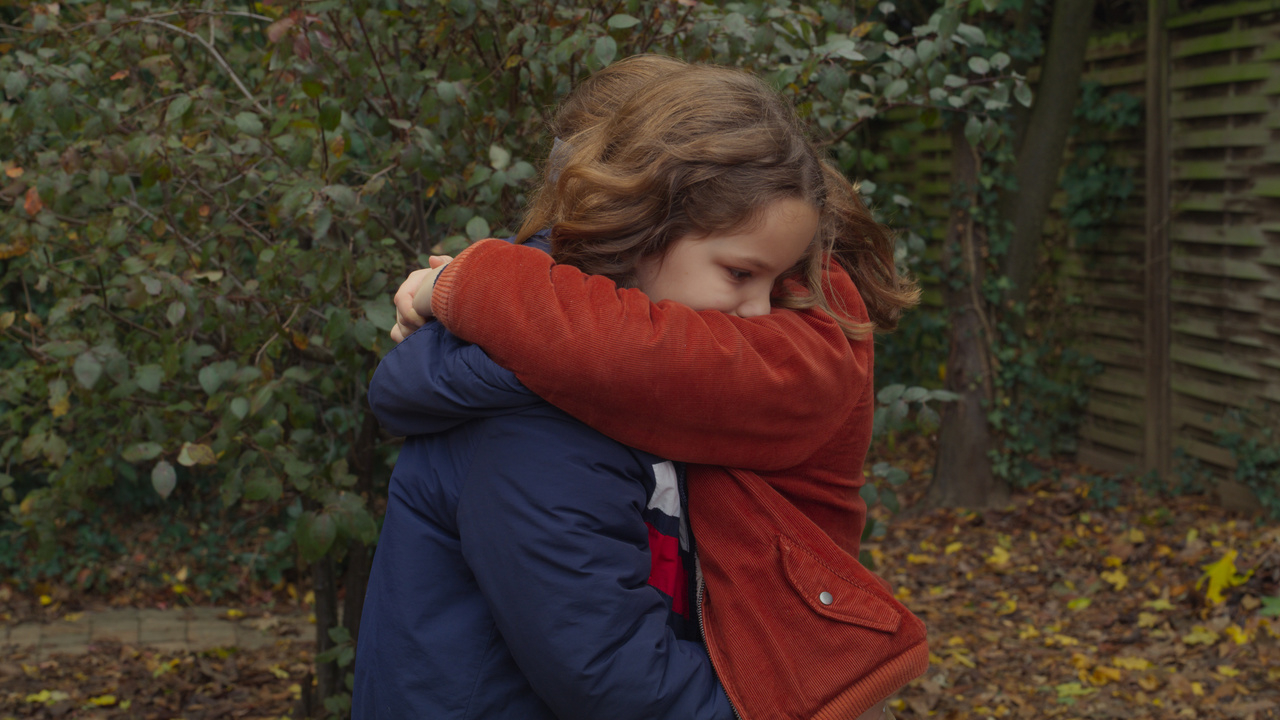 A rich, autumnal gem of a film, Céline Sciamma’s Petite Maman effortlessly blends reality with fairytale, past with present, to explore notions of loss, grief and acceptance. At just 72 minutes, it is short and sweet, but yet another exquisitely made, deeply moving feature from the French writer-director. The film opens with a long take as eight year-old Nelly (Joséphine Sanz) moves from room to room at a nursing home, saying “au revoir” to friendly, smiling old ladies.

Arriving at the end of the corridor we find a room vacant and tidied away, but for a younger woman sat on the bed, looking out of the window. As will be the case throughout the slender duration of Petite Maman, less is more here; the simplicity and subtlety of visual storytelling speaks volumes. “Can I keep her cane?” Nelly asks her mother (Nina Meurisse) of her grandmother’s walking stick, which retains the smell of her hand cream. Though a life may have ended, tangible signs, senses and the belongings of that person remain, just as memories and longing for their presence take time to subside. Or if not subside, then alter to a level of understanding, of peace.

And as the seasons change, with leaves falling from the trees, so will there be a transformation – a gradual process of realisation and acceptance – in both Nelly and her mother. An ‘apéro’ of crisps and a juice box, which Nelly serves from her car seat in the back as her mother drives towards grandma’s home, is one of the purest, most delightful scenes of comfort and connection you will ever behold. Symptomatic of the kind of joyful, sincere humanism demonstrated in her previous four films, Sciamma pushes the boundaries of the real to something like a supernatural discovery in Petite Maman. Or rather something beyond the realm of common consciousness to express – and attempt to process – the inexplicable emotions that are experienced when mourning such a loss.

For soon after arriving at her grandmother’s house to clear out her belongings – along with her father (Stéphane Varupenne) – Nelly’s mother leaves without saying goodbye. Is she overwhelmed by the enormity of the task, or simply in need of time alone? It is left opaque, and no aspersions are cast, but as one leaves, another arrives in an unexpected form. Out exploring the nearby woods, Nelly comes across a cabin and Marion (Gabrielle Sanz), her mother at the same age as she. A constructive construction and a sanctuary from the outside world, in working on this together, in making pancakes, talking through their thoughts and fears, the girls begin to see eye-to-eye and to learn from one another.

Both in dungarees, big warm coats and roll neck sweaters, though many years may separate their existences, they meet somewhere in the timeless middle. Plus ça change, the more things stay the same, but with greater experience and perspective better comes an ability to cope. Could Marion learn from her future daughter’s visit to her present?  “I’m already thinking about you,” she says as they are soon to bid farewell to one another – only in the knowledge they will meet again further down the line. What could have been bogged down in a needlessly complicated space and time continuum is kept wonderfully light and easy to digest. And the Sanz sisters are a revelation. No more so than when play-acting out a police procedural drama film-within-a-film which is riotously funny and creative.

Not often in life are we offered a second chance for a final farewell. But in the cyclical, ethereal narrative of this inventive, tender story of love and loss, one of the finest filmmakers of our time spins a spellbinding magical web. “Everything is going to be OK,” says Nelly in the closing moments, and we whole-heartedly believe her.